The Bishop of the Catholic Diocese of Awka, His Lordship, Most Rev. Dr Paulinus Ezeokafor, has paid a pastoral visit to Rosa Mystical High School Agulu in Anaocha Local Government Area of Anambra State where he charged students to embrace the spirit of entrepreneurship, reports Daruwana Daku. 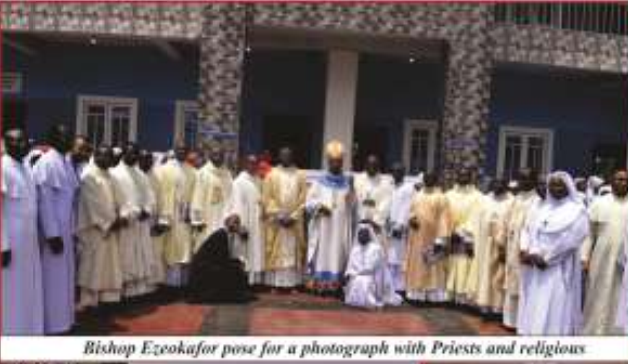 The event which took place, October 16, was multifaceted in nature and featured a lot of myriad activities, key among which were the maiden entrepreneurial trade fair of the college, blessing of Sir Peter Obi Multipurpose Hall, as well as fund raising for the construction of skill and entrepreneurship centre. The Bishop also administered the sacrament of confirmation to 216 students of the school and formalized the school’s academic year. 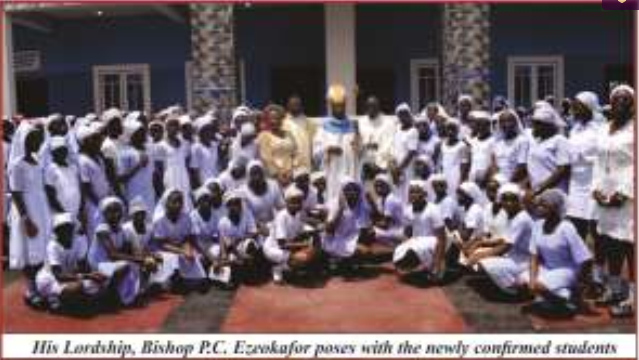 The event which was witnessed by priests, religious, students and lay faithful, also saw the presence of members of the academia.

The Bishop in his homily emphasized the need for reigniting the entrepreneurial spirit in Nigeria’s secondary schools, given the paucity of white collar jobs, and charged students and teachers to be disciplined in their responsibilities.

The Bishop also expressed delight at what he described as laudable projects in the institution, including the Peter Obi Multipurpose Hall that was blessed. This was even as he hailed the contributions of the former Governor of Anambra State, Mr Obi, for returning schools back to the mission, and for contributing immensely to the growth of schools in Anambra State. 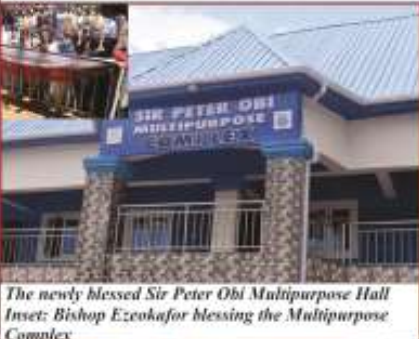 He charged the teachers to show resilience on their jobs, noting that teaching, as a vocation, had to do with not just impacting knowledge but building character.

In a related development, Bishop Ezeokafor blessed the multipurpose hall that was christened after Mr Obi, while thanking the school Management for putting up the hall; even as he appreciated the efforts of Mr Obi for his immense contributions to the development of schools in Anambra State. He furthered prayed that the hall would be used by all and sundry for the growth of education and the school.

Fides gathered that the immortalization of the hall was chiefly as a result of Obi’s indelible contributions to the growth of secondary schools in the state, as well as to Rosa Mystica High School. The Manager said the naming of the hall after Obi was in appreciation of his contributions. 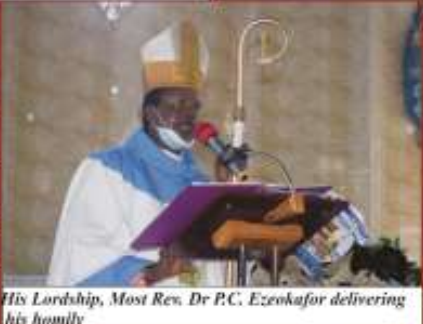 ‘We named the hall after him as an honour for a person like him for what he represents in the education system of Anambra State. That we are here today is to thank him because he was the man that returned all our schools seized by the government. For returning the schools alone is a land mark achievement,’ the administrative priest said.

The principal said the proposed skill acquisition centre would help in addressing the problem of unemployment.

Later, while speaking at a trade fair organized by the school, the Manager noted that it was the first time a secondary school would be hosting such in the country.

The school’s senior prefect, Miss Jennifer Umeji, expressed satisfaction with the organization of the trade fair, hoping that the students would imbibe the skills learnt to better their lives. 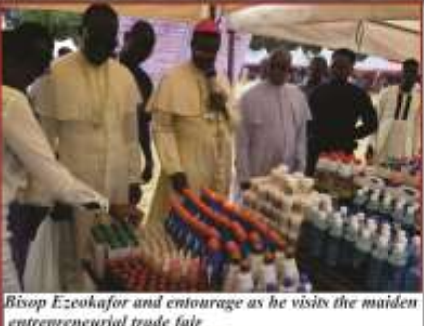 In an interview with Fides after the event, Bishop Ezeokafor noted that he came to Rosa Mystica High School Agulu to be with them and monitor their progress.

He said he was happy seeing the students working hard to apply the skills learnt and advised them to continue working hard.

He also thanked the school Managers and sponsors for making the students responsible, not just in their academic work, but otherwise. 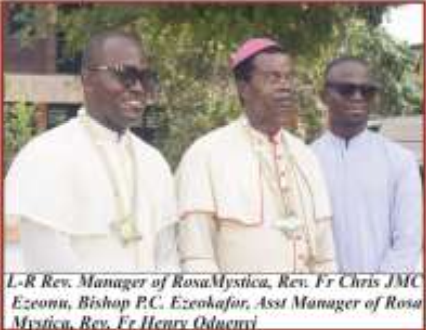