Biafran Memorial: a Visit to Nigerian War Museum in Umuahia 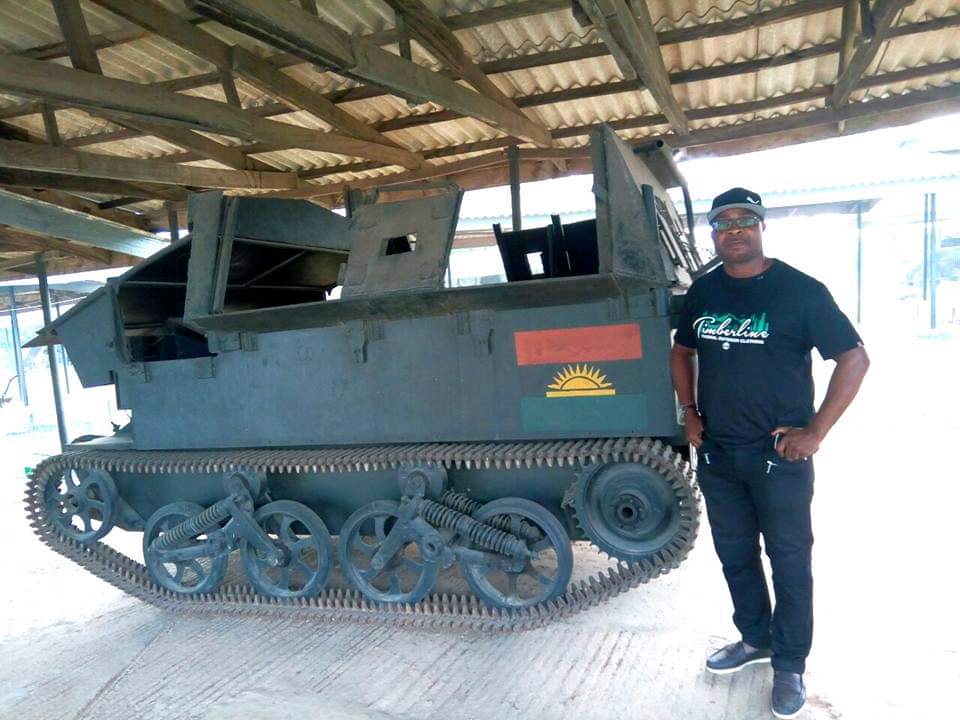 I did not witness the Nigerian Civil War. Wasn’t born then, thankfully. I only heard tales about it and haven’t stopped imagining what life must have been like for those Nigerians who experienced it all while it lasted- the starvation, the fear, the tension, sickness and deaths, trepidation, etc.

My deep respects go to all survivors of that war, as always. I also doff my hat for all our heroes of the war. These are people who gave up their lives while fighting for our dear country. May their souls and the souls of every Nigerian who lost their lives during that war, through the mercy of God, rest in peace.

Amen! The memorial of that Biafran war was on January 19 and a know a few Nigerians that made out time to visit the National War Museum  in Umuahia. My dear friend, James Eze was one of the people who made out time to embark on that historical visit. It was emotion laden for him.

It was truly one visit I have vowed to embark on as I read his write-up. I certainly will, perhaps at the next Memorial. I came across his article which captured the myriad of emotions that went through his body, mind and soul as he went round the museum.

You know,  reading James is really invigorating! You can also add  ‘enriching’. He knows how to be flowery with words. That was why, even though he merely expressed his deep seated feelings about his experiences at the War Museum, I understood his every sigh, tear and pain.

Please join me as this amazing writer and Chief Press Secretary of the Anambra State Governor, Chief Willie Obiano takes us through history in a language so simple,so captivating but yet melancholic…

I did not expect the waves of emotion that swept through me when I stepped beyond the gates. It came in spams when I stood before the Ogbunigwe Launcher, taking in its lethal monstrosity; reading the quaint little sign that tells a brief story of the equipment.

All around me, military hardware sat like silhouettes of a benighted past pleading for a space in our cluttered memory. All around me, history spoke the language of peace with a metal tongue.

I knew that in choosing to visit the National War Museum in Umuahia, I had chosen to step into the thorniest path of contemporary Nigerian history, but since all I knew about the Igbo genius that flowered during the Biafran War was pieced together from snatches of readings that came mostly from fiction, I had no intimations of what I stepped into.

It all began to make absolute sense as I began to explore. From the Flying Ogbunigwe Launcher, my pilgrimage began to assume the qualities of a penitent observing the Stations of the Cross and every stop before each military hardware manufactured in the heat of the war represented a moment of deep introspection for me.

As I stood before the Biafran Red Devil Type A2, a tremor rippled through me. The Biafran Red Devils are armoured personnel carriers manufactured in the heady days of the war. I marvelled at how a people forced against the wall could have conceived and constructed such impressive pieces of machinery.

A people fleeing from air raids and ricocheting gunshots, getting singed in the fire of the smouldering rubble strewn all around …how they still carved out enough creative space to build a series of menacing armoured tanks. I felt entranced in the anguish of soldiers whose lives depended on a few bullets as they stood in defiance against erstwhile comrades spoilt for choice with arms.

There were also Type A3 and Type B of the machinery on display at the Museum with short signs telling their individual stories. The tanks are painted in dark green with the Biafran flag embossed on the tail. I spent quite some time examining each tank, reading and savouring their stories.

In each story, there’s no hint of the violent past of the equipment, no echo of their lethal blasts that brought instant death.

I felt slightly different a moment afterwards, though. I gained a new figurative inch in height as I stood beside Type A3 and posed for the camera. I felt that if my ancestors could produce these machines in the extremities of war, then I had no business complaining about whatever private challenges that impinged on my happiness.

But it was a far more intense feeling that enfolded me when I walked up to the remnants of the legendary “Biafran Baby.” The mental pictures of the great Count Carl Gustaf Ericsson Von Rosen; the Swedish pioneer aviator and humanitarian pilot who fought on the Biafran side in the war flooded my memory.

Von Rosen, as he was fondly called, had set up a Squadron named “Biafran Babies,” made up of two Swedish pilots and two Biafran pilots who flew a small two-sitter propeller sports plane known as Malmo MF1-9B to devastating effects during the war.

The story beside the wreckage says “The aircraft was converted into a fighter plane, fitted with rocker pods and armed with 18 deadly rockers.” The story further reveals that the plane carries a crew of two; a pilot and a bomber, flies at low altitude and therefore could not be easily detected by Radio Detecting and Ranging (RADAR).

As I stood close to the ruins of the aircraft, touching its lifeless metallic body, I thought about the ingenuity of converting a fun sports plane into a deadly aircraft that floated low in the evening skies like a giant mosquito to sting formidable Russian made Ilyushin bombers while they lay brooding on the airfields in Port Harcourt, Benin City and Enugu in May 1969.

I had read up on Von Rossen before this trip…that magnificent character whose acute intolerance of injustice seemed to have kept against the world all through his life. Von Vossen who took offence at the mindless crackdown by Nigeria against Biafra and rose to purge his conscience of all charges of inert complicity.

Von Vossen who in partnership with Lynn Garrison, an ex-RCAF fighter pilot, developed a revolutionary method of dropping bagged food from the air for starving Biafran children and saved thousands from imminent death, flying just a little above sea level from Sao Tome to Ulli.

Von Vossen who dreamt up revenge strikes to discourage the Nigerian Air Force from attacking Relief Missions into Biafra by taking out a number of expensive MiG-17 and Ilyushin II-28 bombers in stealth operations. I was in absolute awe of him and touching the remains of his aircraft felt just like touching his uniform.

There was little left to see after touching the remains Von Vossen’s Malmo MFI-9. I thought of amazing writers, scholars, scientists, medics and thinkers whose genius has enriched our world today and who were saved from imminent death by Von Vossen’s daring flights into Biafra. I thought of Olu Oguibe. I thought of Obiwu. I thought of Afam Akeh and I shook my head in a manner that Von Vossen must have done in outrage before he made up his mind to mount his act of defiance.