Before the South East Goes To Grief (1)

Nigeria has never been this disunited since the late 1960s. At the moment, agitations are rife from North to South, and from East to West. Obviously a lot of issues are wrong with Nigeria.

A grown entity without any vestiges of development, it has become a mockery of what a country ought to be – a Nation. Somehow I shudder at the level of tension in the land at the moment: the deliberate distortions and tawdry unity that now crystallize to bring a 61 year-old country to its knees. 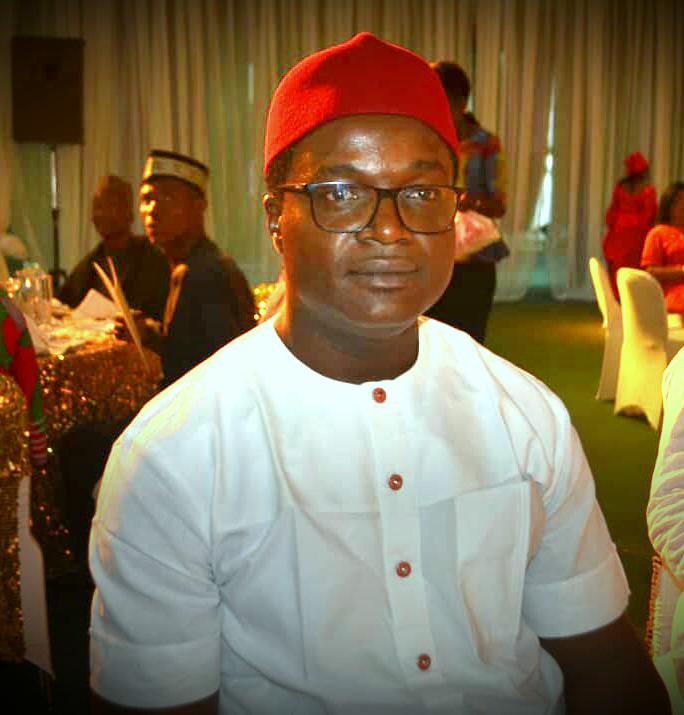 The cracks are now too evident and, if care is not taken, the bubble will burst in no distant time. The macabre dance of leaders, especially the political elite across board who are united in greed and selfishness buoyed by horse-trading, is just enough to nail the coffin.

Somehow it appears we are all in this delirious coven, where we seem oblivious of the level of rot and strife. In this delusional disorder we believe Nigeria is a giant of Africa, a big brother, and a great nation. Nigeria lacks the parameters and indices that make a nation.

The journey of nationhood has never been the vision that propelled our leaders to patriotic actions. Their actions are informed by crass greed, dishonesty and impunity. Often one wonders whether these humans think. Because a time should come when one says enough to mistakes and errors and make effort to make corrections and put things in right and proper perspectives. Rather than toeing the path of honour and integrity, our notoriously vain elite use coercive force provided by state security to protect themselves, intimidate critics and muffle the voice of opposition.

Apart from clearly being the bane of Nigeria’s development, the leaders have used our differences to divide us rather than unite us. They are ethnic irredentists and religious bigots, who are neck deep in practice of favoritism, nepotism while entrenching ethnic schizophrenia, hegemony and subjugation of one ethnic group over others.

Ndigbo of South East Nigeria are worst hit by the prejudice of other ethnic groups in the Nigerian project. I read Chinua Achebe’s famous book The Problem with Nigeria in 1993, nine years after it was first published. Amongst the bashings and indictments on corruption of leaders (and leadership crisis) and portraying it as the cause of underdevelopment of Nigeria, he talked about the place of Ndigbo in Nigeria.

He wrote, “Nigerians of all ethnic groups will probably achieve consensus on no other matter than their common resentment of the Igbo.”

Superficially, a one-Nigeria kite flier will be irked by the above submission by Achebe. But recent events in our body politik have led credence to that uncomfortable truth that exposed dissonance and hypocrisy among the public actors and generality of Nigerians.

Only a Nigerian President that would tell an international audience few months after his election that he would be partial and insensitive in the discharge of his constitutional duties as a President to his people and country, and kept his word. President Buhari employed primordial considerations in appointments of Nigerians into sensitive and very important offices.

He has systematically loathed the South East, and kept the people of the region and South-South region away from most offices that mattered in the country. Meanwhile he keeps appointing into juicy and influential positions, persons of the same ethnic group with him, and people that share the same religion from his part of the country.

As if not enough, his people are the keepers of the watchdogs – EFCC, ICPC, NFIU – that watch over the geese that lay the golden eggs and their consumers, to ensure that ethnic grabbing and wielding of power is complete.

Although the last tribe to arrive into the geographical expression called Nigeria, this relatively small group is now more than before in full control of the political and economic powers of the state, courtesy of the open nepotism practiced by the Buhari administration.  So to what end is this primordial grabbing and wielding of power in a multiethnic state by one ethnic group?

Many analysts term it Fulani Agenda. Pastoralists known for their hegemonic practices since the 16th century, the Fulani had pushed from their obscure origins from the Futa Toro in lower Senegal to the present day Nigeria, converted to Islam and were urbanized in Hausa Land.

Later they revolted against their host with the help of the local commoners by accusing the Hausa Kings of apostasy. That rebellion swept through the whole of Hausa Land to the north of Yoruba Land, Ilorin, from where Islam seeped to other parts of Yoruba Land. The North Eastern empire of Karnem-Bornu repelled them.

Though they conquered Adamawa and Nupe, they met stiff resistance by the Berom and Tiv in the middle belt region of Nigeria by a combined forces of the people’s valour, environment, beliefs and colonization/ Christianity, so the journey to what later to become Eastern Nigeria never happened. They are still restless to complete the age-long agenda of “dipping the Koran in the Sea” side of Eastern Nigeria, but now with a radical approach.

Though they have re-strategized in modern Nigeria by ruthlessly pushing for power imbalance that tilted to their favour, with the advantage of the division of Nigeria into 3 unequal regions from the amalgamation by the unjust Britain, of which the odds were in their favour too, the concept of Darul Islam is their tenet.

It teaches that everything belongs directly to Allah and indirectly to them his followers. Therefore, they take anything, I mean anything, they want from infidels and apostates by force because it belongs them. Reason you hear from mischief makers in some quarters that Nigeria belongs to them; because they conquered part of it; Britain gave them the political power or handed it over to them to rule as it pleases them; and as followers of Allah to take by force the inheritance of the infidels.

Who are these infidels? The Tiv? The Igbo? The Ibibio, Efik and Anang? The Urhobo, Ijaw, Isoko and Kalabari? Your guess is as good as mine.  The radicalization in the Fulani has kept pace with Boko Haram radicalization.

One of the major ethnic nations that have resisted the hegemonic Fulani in principle is Igbo, and other ethnic minorities of the Niger Delta. Historically, the Igbo have not conquered or not been conquered by any other nation since their existence. Like Fulani, they too are restless, religious, adventurously mobile group.

Unlike them, they are enterprising and not warmongers. Both are clannish. And export their culture and religion as they emigrate. While the Igbo assimilate, the Fulani seek to dominate. Until recently having an Igbo convert to Islam is akin to the biblical “camel passing through the eye of the needle,” and vice versa. Opportunity came for the peoples of Eastern Nigeria to be dominated politically via the unfortunate military coup of January 15 1966, which the northern oligarchs mischievously tagged Igbo coup.

With the introduction of unitary system of government by short-lived Ironsi Regime, all was set for a deliberate, gradual and systematic marginalization of the Igbo, and other ethnic nationalities not pliable to the agenda. Though unitary system was the reason given by the coupists for the revenge coup of July 1966, Nigeria (federal republic in name) has been ruled centrally by the oligarchs ever since. Once they got power, they engineered the genocide of the Igbo and the ethnic minorities of the South, until they push them to an atrocious war, because the Igbo wanted republicanism and regionalism.

With the evil system of divide and rule, they pit the peoples of Eastern Region against one another, by constantly profiling and stereotyping the Igbo as power grabbing and wielding, land grabbing, warmongering group. A case in point in Psychology known as Projection. So they balkanized the region, set up the states, and made the centre very powerful. Therefore, things fell apart and Nigeria never recovered from the fall to this day.

Since the state creation to this day, there appeared to be a deliberate policy of marginalization of the Igbo in the Presidency. It appeared that others grudgingly allowed the Igbo to partake of the crumbs left of shared power. Then entered the irredentist President Buhari, who took the injustice to a new and enviable height.

He like King Rehoboam of Israel beat his chest and vowed to ensure that the people of South East do not even have the crumbs to partake in anymore, because they did not want him to be President by not voting for him en masse. His 97% vs 5% awkward standard of administration, which the 5% is directed to Ndigbo, is like Rehoboam’s “My father scourge you with whips; I will scourge you with scorpions.” (1Kings 12:11 NIV)