The Education Secretary of Nimo Region, Catholic Diocese of Awka, Rev Fr Felix Efobi, has charged mothers to be faithful to the gift of motherhood, saying that motherhood is a special gift of God to humanity.

Rev Fr Efobi, who gave the charge in his homily of the concelebrated Holy Mass to mark the 2021 Triennial Convention of the Catholic Women’s Organisation (CWO), Nimo Deanery, at Our Lady of Assumption Catholic Church, Nimo, September 18, noted that mothers’ faithfulness to motherhood standardized and stabilized the future of their families. 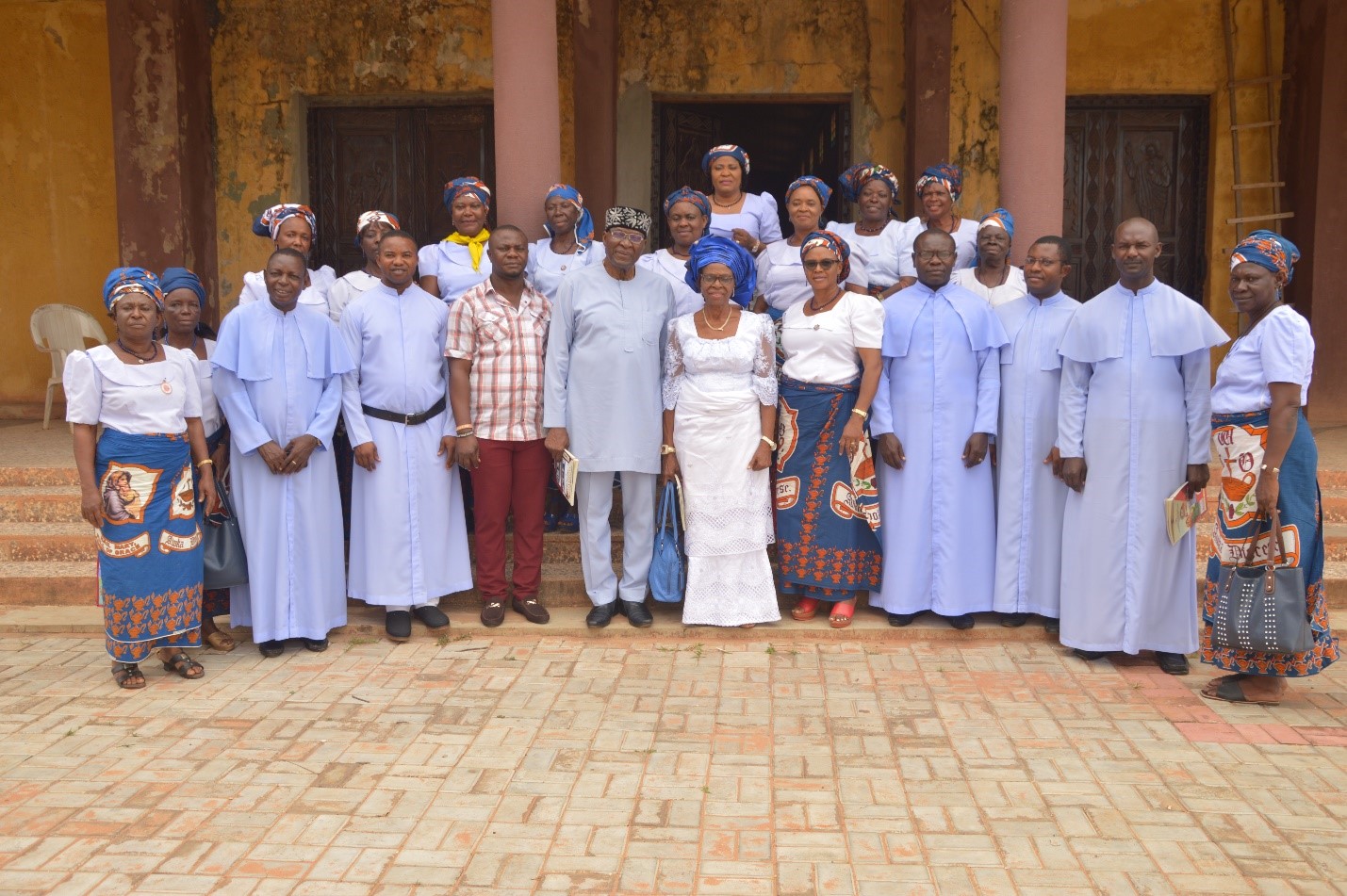 The homilist, Rev Fr Felix Efobi (4th right front row) with some priests and some executive members of CWO, Nimo Deanery and other parents after the Holy Mass for the Deanery Convention. 5th right is the organiser, Lady Ngozi Muo, LSM, Our Lady of Assumption Catholic Church, Nimo, Sept 18, 2021.

According to him, the actions of the children in society were reflections of how good the parents paid attention to their duties as formators in the families. He explained that mothers were the major role models in the formation of children and warned that any mother who compromised her faith in motherhood and her responsibility in the family, compromised the future of her family and society.

Rev Fr Efobi, who spoke on the theme: “What Type of Mother Am I?” encouraged mothers to stand out as good mothers whom he described as the good soil that nurtured the seed of the sower and bore good fruits.

Pointing out that the convention was a time for learning and stock taking, the Catholic priest advised mothers against actions which were contradictory to the divine mandate they had. He advocated for mothers who nurtured and protected motherhood and gave rise to good families, institutions and society.

The education secretary noted that the type mother an individual was informed the future of her children and family, just as the person of Jesus Christ formed Christianity, which, he said, Christians enjoyed.

Rev Fr Efobi, regretted that many youths had abandoned their faith as Catholics and Christians, and instead, resorted to idolatry because their faith had been compromised from their families.

Citing the Gospel of Matthew 13: 1–9, 18–23, the Catholic priest advised mothers to properly carry out their responsibilities which he described as divine. He explained that when mothers lived up to their divine responsibilities, they would turn out to be that good soil which the seeds fell on and yielded good fruits.

Pointing out that blessings of God accompanied motherhood, Fr Efobi, urged mothers to live up to the expectations of the divine assignment, and stand out as role models, irrespective of the challenges that they encountered.