Ahead of the 2021 Anambra State Governorship Election, the Catholic Bishop of Awka Diocese, Most Rev Paulinus Ezeokafor, has urged the electorate to be committed to the electoral process.

Bishop Ezeokafor, who made the call in his homily of the concelebrated Holy Mass to mark the Flag off of the 2021 August Meeting of CWO, Awka Diocese, last Saturday, July 10, exhorted the electorate against shying away and absconding from electoral process.

According to him, if the electorate abscond from electoral process, it would create opportunity for those he described as bad eggs to rig themselves into public positions.

Bishop Ezeokafor, enjoined the voters to get their voters’ card ready and vote in good candidate on the Election Day. 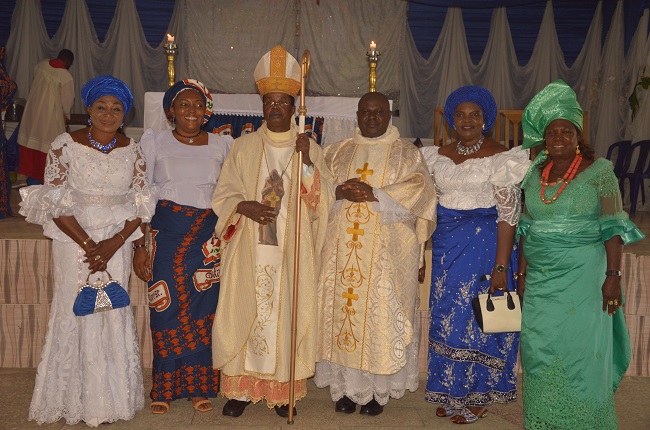 The bishop, who warned of the dangers of vote buying, advised the electorate against selling their conscience for money, lest they mortgaged their future for mere peanut.

He enjoined parents to guard their children against political thuggery, saying that such act as thuggery could mar the future of their children.

The Catholic prelate, who also spoke on the importance of proper human formation, solicited for support from all towards the completion of the Awka and Ekwulobia Dioceses-owned Peter University project.

According to the bishop, the diocese needed N384m for the completion and take-off of the Peter University project, which was established for proper formation of human persons.

He explained that a greater part of the burden of the university project currently belonged to Awka Diocese, since Ekwulobia Diocese was faced with teething challenges as a new diocese.

Speaking at the flag off, the Senior Special Assistant to Governor Willie Obiano of Anambra State on Social Re-Orientation, Dr Mrs Mitchell Chinwude Onugbolu, encouraged the electorate to avail themselves of the ongoing voter registration exercise so as to exercise their franchise on the Election Day.

Dr Onugbolu, who represented the Governor’s Wife, Dr Mrs Ebelechukwu Obiano, urged those who wished to obtain their voters’ card or to transfer their voting centres to their current places of resident, to visit their local government areas and do the needful through the ongoing online platform.

In her remarks, the Chairman of the occasion, Chief Mrs Genevieve Ekwochi, advocated the need for Catholic women, who she described as ideal managers, administrators and formators to be chosen as running mates to male party candidates for the forthcoming Anambra guber election.

Ekwochi, who is a former Anambra State Commissioner for Social Welfare, Children’s & Women’s Affairs, noted that projecting only men as governors and deputy governors, would mean denying women their right in governance.