Be Actively Involved in Community Development,Bishop Okpaleke to Youths

The Catholic Bishop of Ekwulobia Diocese, Most Rev. Peter Ebere Okpaleke, has charged youths on the need to be involved in development in their various communities, saying that most developmental feats achieved in the east are outcomes of individual efforts and not necessarily the government’s.

The Catholic prelate who spoke during the visit of Kwechiri N’oganiru Anambra, a pressure group concerned with good governance and accountability, said the only thing that would save Nigeria was for everyone to be actively involved in their little corners, especially in family settings, noting that it would extend to kindred and larger society.

The group visited the cleric in his office at St Joseph’s Cathedral, Ekwulobia, to intimate him on their agenda, especially where it concerned the November 6 Gubernatorial Election coming up in Anambra State. 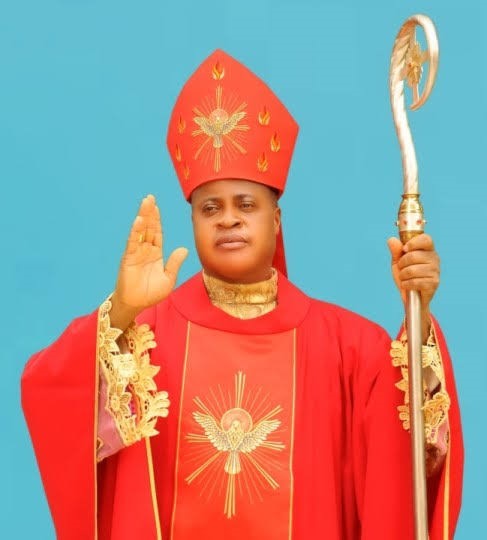 They said their plans contained in a letter transmitted to the bishop were not absolute and would be modified based on suggestions made by stakeholders whom they would meet in the course of their consultations.

Dr Anselm Onwurah, who spoke for the group during the visit, said they were concerned with what people in leadership did, adding that as the election drew closer, they intended to have candidates sign pacts with them at a roundtable meeting on issues such as medical tourism and security votes.

They said it was so because it appeared there were little efforts to hold political leaders to account on the promises they made prior to elections.

Bishop Okpaleke, who noted that several persons had visited his office with several intentions, said it showed that many persons were thinking of the good of Nigeria. He however expressed surprise that members of the team barred themselves from being candidates at the election, but rather have candidates sign pacts with them which they might not keep to.

He questioned why they themselves would not be active players as candidates in the election, adding that some of the ideas they had written down were unrealistic, as some of them, if implemented would violate candidates’ fundamental human rights.

He further warned against making public office holding a liability to one’s children or grandchildren.

‘Your thoughts are good, but I will want you to go to the field and get actively involved. Those people you want to come and sign these pacts for you, when they come and say that they are candidates, you also tell them you are one,’ the cleric charged.

Bishop Okpaleke urged them to allow themselves to grow through personal experiences by beginning at the corners where they found themselves, adding that they could take up responsibilities at ward or local government levels where people could see them and trust them with higher responsibilities.

Speaking on infrastructural development in the East, he told the Kwechiri N’oganiru Anambra team that most of what was seen in the region were not necessarily done by government, but inputs made by private individuals who thought of contributing to the growth of their communities. He charged them to make similar efforts before going for higher positions.

Emmanuel Obieze, Anambra Central Coordinator of the team, for his part, appreciated the bishop for hosting them, adding that they were still at a building and consultation stage.

‘Already, what we are doing in communities across wards is sensitization,’ he said, noting that some of the issues raised by the bishop were in the list of things they were doing as a means of getting actively involved and reaching young people at the grassroots.

The bishop before blessing them, encouraged the team and  noting that actions spoke louder than voice, charged them to take action wherever they were.