The effective use of God given talents and investing them in useful ventures will help to place the present society in rapid Economic growth. Idleness and continuous watching of non-creative films by the youths of the present era discourage creativeness.

You have to be creative; don’t wait for only white-collar jobs. There is need to search for alternative self employment by making effective exploitation of your Blessed and God-given talents while searching for Government employment.

Many blue- collar jobs are available but your home work is the ability to accept them and work hard. Good understanding of the Blue- collar jobs is necessary. It simply refers to jobs involving manual labour which does not have a lot of status in this status-conscious world.

It is the opposite of white-collar jobs. Examples; farming as a noble Profession, Photographing, Manufacturing, Maintenance and Repairing of Radio, TV, Phones, Wrist watches, Shoes, Furniture etc. In fact Blue-collar jobs will help to move Nigerians towards production Economy and away from Consumption Economy by the grace of God. 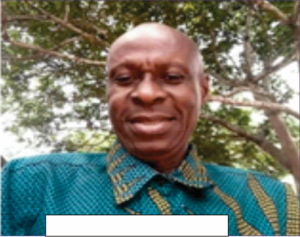 Our youths should think Big in order to become Big. Think of how to manufacture phones rather than constant habit of using them. Repairing of phones is not enough. The youths should be encouraged by the Government and Non-Government Organizations by providing smooth – playing ground and facilities to enable youths settle down and tap their talents. Our youths should now focus their attention in discovering the unknown for future development of our society.

Who invented the telephones that are popular today? It was invented in 1876 by Alexander Graham Bell. Michael Faraday invented electricity in 1813.

Radio was invented in 1895 by Marchese .G. Marcon from Germany. Aeroplane was invented by Orvillet and Wilbur Wright from America in 1903/1904. Motor car was invented by Carl Benz from Germany in 1885. It is time we should start thinking of Innovations and make inventions and discoveries.It should be noted that when those things are achieved, they must be documented and put into historical Records and Archives.

The reading culture of our people is fast declining. Let us develop the reading habits. “Wealth can be created from reading Books including Bible Studies, newspapers and magazines etc”. In order words money are hidden in the Bible and books”. From one of my Books title; Current Affairs & Historical Events Published in 2012 page iv, reads; “The fear of God is the Beginning of Wisdom. Reading Books, Newspapers, Magazines etc are the food for the mind just like music is the food of the hearts.

Also from the Book written by Ben Carson titled: “Think Big” published in 1992 (Page 15) reads; “The world of books is the most remarkable creation of man; nothing else that he builds ever lasts. Monuments fall; nation perish; civilizations grow old and die out.

After an era of darkness, new races build others; but in the world of books are volumes that live on still as young and fresh as the day they were written, still telling men’s hearts of the hearts of men centuries dead -By Clarence Day.

Most of the leaders across the world have written many books. They are voracious readers and good writers at the same time. For instance Nelson Mandela of South Africa wrote a book title “Long walk to freedom”, author-biography of Nelson Mandela published in 1994.

In Nigeria, we have some personalities that had written many books. The former chairman Police Services Commission of Nigeria Chief Simon N. Okeke (Ochendo Amichi) wrote a book title, “Just As I Am”, an autobiography, published in 2006. The former President of Nigeria, Chief Olusegun Obasanjo wrote a book title, “Nzeogwu”, an intimate portrait of Chukwuma Kaduna Nzeogwu, published in 1987.

The first civilian President of Nigeria Alhaji Shehu Shagari wrote a book edited by Aminu Tijani and David Williams title; “My vision of Nigeria” published in 1981. Chief Emeka Ojukwu wrote the book title “Because I am involved” published in 1989. Dr. Nnamdi Azikiwe(ZIK) had written and published many books and magazines. He was a politician, publisher, author, orator and one of the Nigerian Leaders.

He wrote and published a magazine titled, “Restoration of Nigerian Democracy” published in 1978. Cardinal Francis Arinze when he was Archbishop of Onitsha wrote a book title: Work & the Christian, 1976 Lenten Pastoral published 1976.

From the book it is noted that Christian sees his work as part of his Religion and thus a Christian is committed to working hard and well in matters of Earthly welfare. Prof. IK Ogbukagu & Mr. Solomon Arachie of Adazi-Nnukwu wrote a book title, Origin, History, People & Adama Institution of Adazi-Nnukwu Published 2013.

Reading therefore makes a Man. Readers are Leaders. Read books written by great men and achievers and you will get something from them. Keep books and always read them to build legacies.   In 2012 St Andrews Catholic Parish Adazi-Nnukwu celebrated 100 years of Catholic Church in Adazi-Nnukwu and wrote the Book titled: “A Hundred years of Catholic Church in Adazi-Nnukwu. In that year 2012, we ate and drank assorted foods and drinks which had been defecated and urinated-off, but the historical books still remain for the present and future generations yet to come.