The enthralling finale saw Fr Peter Ibeazor once again clinching the singles trophy with a 2:1 victory over a dogged Fr John Paul Chukwuelobe, the school manager of St. Theresa’s Secondary School, Enugwu Ukwu who won the silver in Single’s Tournament.

The sponsor of the tournament Barr Sir Agbasiere was in his regular element, and was accompanied by a celebrated comedian M C Exegetive. 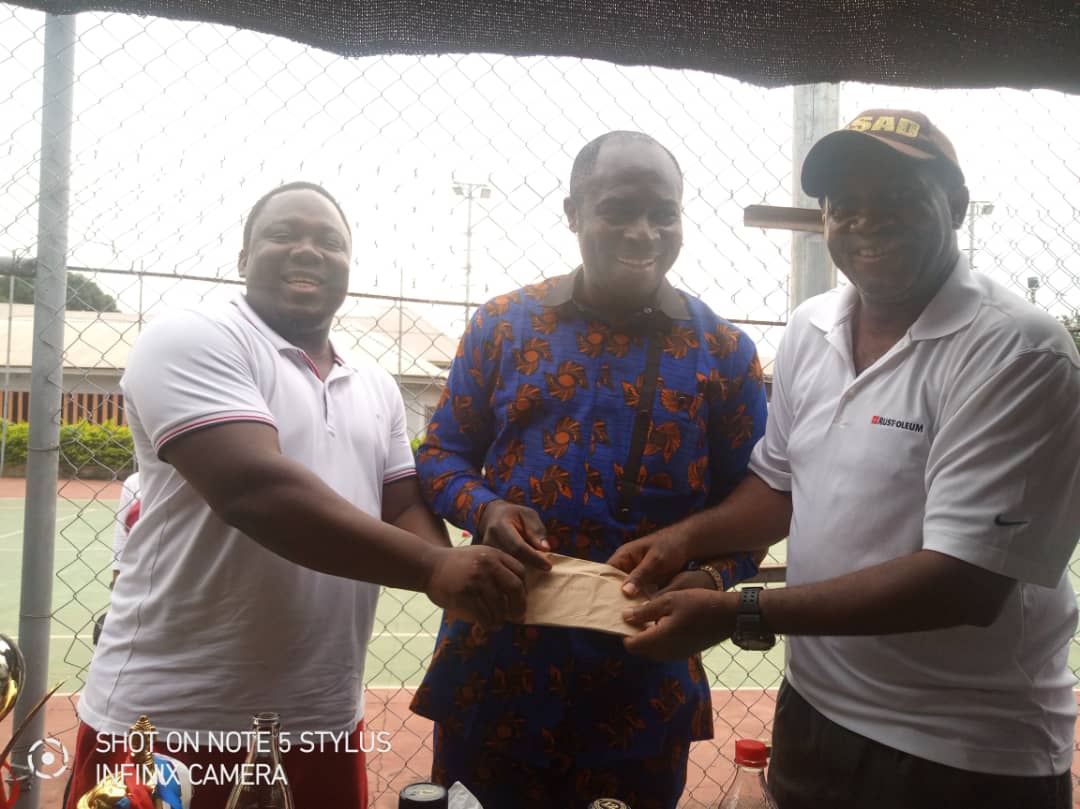 Trophies and prize money were given in an atmosphere of recreation and mingle. As the tournament sponsor made sure more than the five hundred thousand Naira sponsorship money flowed, various priests provided enough to eat, drink and make merry.

In his speech, the tournament sponsor, Barr Agbasiere said the tournament came as a product of chance discussion with Frs Chukwuelobe,  Ibekwe,  Ibeazor ,Andrew and John Okoro, at a tennis tournament organised in his honour months back.

He expressed his joy at the good atmosphere the priests tournament generated, and said he was privileged to be so honoured by annointed men of God like Catholic priests. He announced that he would sponsor the 2022 tournament that would involve Tennis, Badminton and Table Tennis with the sum of one million Naira. 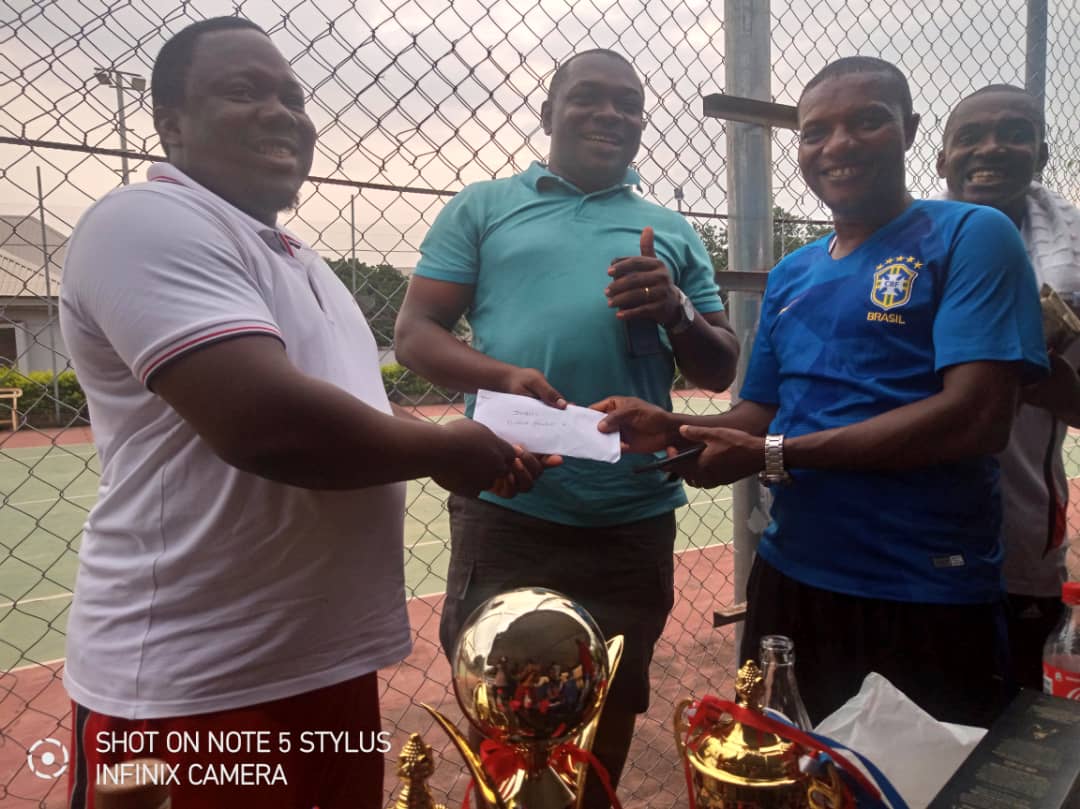 He appreciated the DOSAD director, Fr Obinna Dike for thanking him for  his efforts to assist a football player of DOSAD , who trains equally with his recreation team Pope John Paul FC Okpuno, with his travel to pursue his carrier abroad.

The celebrity Barrister as popularly called enjoined all to help people when in need, as timely response to peoples ‘ challenges created a lot of positivity for humanity.

In his victory speech after winning the singles trophy, Rev Fr Peter Ibeazor dedicated the trophy to the good people of his parish Ezinator and all the towns under the parish for always placing God to carry them on. 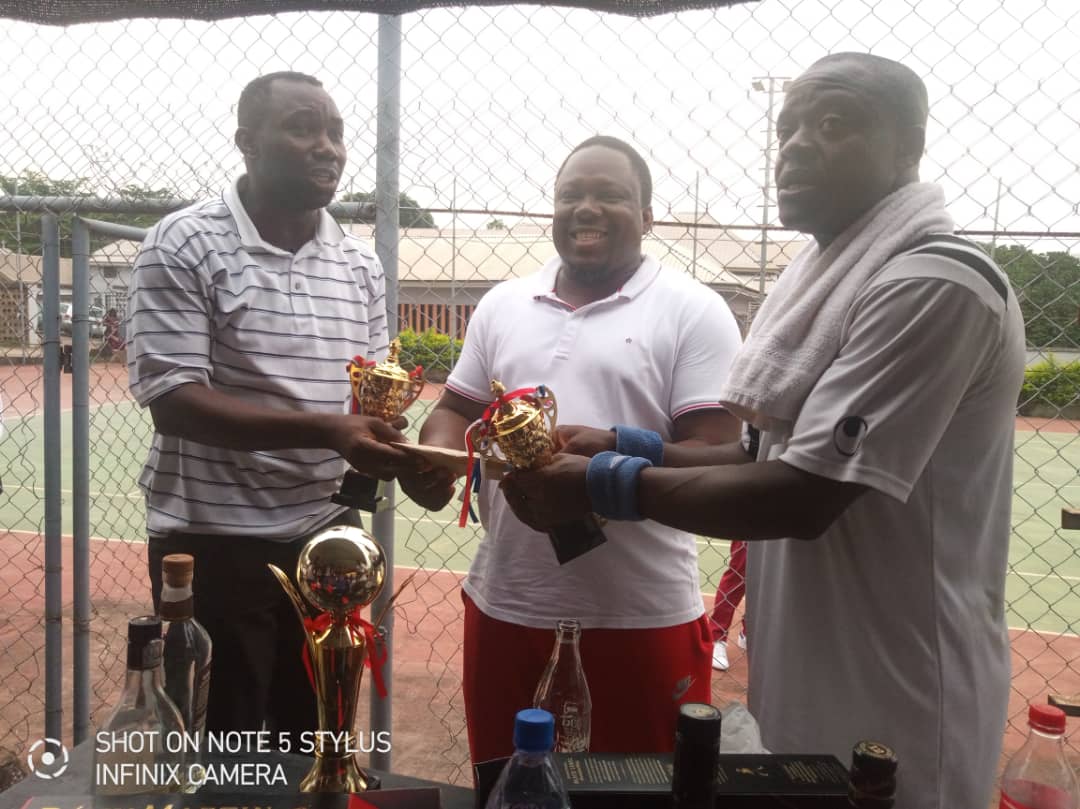 Both the tennis president and Captain Frs Okafor and Chukwuelobe all appreciated the clergy, religious and lay faithful that graced the occasion.