The Bakers under the aegis of the Premium Breadmakers Association of Nigeria have accused the Governor of Anambra State, Professor Chukwuma Soludo, of using strong-arm tactics to impose excessive taxes on its members.

The President of the association, Mr. Emmanuel Onuorah, made the disclosure in an exclusive interview.

He said many bakers were being forced out of business due to excessive taxation by the State government.

“He took the ones that Obiano had on the road and brought in his own. They are a bunch of criminals on the road. This is what a professor is doing in Anambra. If you are bringing in flour into Anambra, as soon as you come down from the bridge. They will pounce on you. Taxation everywhere. This is what is happening Anambra State.”

Mr. Onuorah alleged that the Anambra Governor has been stifling and killing businesses through multiple taxations. 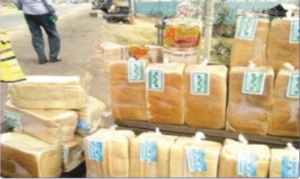 “My members in Anambra cannot do anything. If you are bringing maybe 300 bags of flour, they will stop you at the head bridge.

You must pay N30,000. If you are bringing two trucks you will pay N60,000. They will go into the bakeries to give them all sorts of problems. Not only that. The welders that are working for us, he is taxing them too,” he complained.

Speaking with our correspondents, Mr. Christian Aburime, the Press Secretary to the Anambra State Governor, Prof. Chukwuma Soludo, insisted that the State government was only collecting taxes as provided by the law, without harassing anyone.

He dismissed the allegations of using thugs to harass the bakers over tax, explaining that those who collect the taxes are officials of the government legally empowered to do so.

He said, “The allegations that Soludo is using thugs to harass bread manufacturers in Anambra State over tax are baseless and unfounded. How does asking them to pay taxes which they are supposed to pay increase the prices of bread? Is wheat produced in Anambra?

“The man making the allegation is just one of those who want to continue to evade taxes that are provided by the law. The truth of the matter is that these guys have been evading taxes for years and now that the government is enforcing the law to ensure that they pay taxes, they are now accusing Soludo of using all sorts of lies. Don’t they pay taxes in Lagos or other places?”

He claimed that the Anambra State government did not increase or overtax anybody and not using thugs to harass anybody over tax.

“The Governor only collects taxes that have been approved by the law. The taxes are even lower than what was there before.

“Those who collect taxes are empowered to collect it and they are not thugs and they don’t bully anybody for it. It is not Soludo’s taxes that are responsible for the increase in the cost of production,” he asserted.