Awka The Headaches of a Capital City

Governance in Anambra, to my understanding, should end on the 17th of March, 2022 next year; a clear seven months from now. But from every indication, it appears governance has already ended. This much is from what I observe each passing day.

It is not however saying that my governor is a failure. Far from it. But then it will take people who mean well to point out obvious flaws with a view to those flaws getting some action. Although what triggered my assertion that governance seems to have ended spans across the state, I’ll like to limit it to Awka, the capital city of Anambra State of Nigeria which is home to some of the greatest personalities in the country.

A trip around Awka at this time will easily bring to the fore, the problem I’m going to highlight and that is the terrible condition of roads in the capital city. If I remember correctly, when the last regime was leaving, it left a legacy of good roads, such that the traffic situation then was very manageable.

Being that there were many good roads in and around the capital city then, all one needed to do was to take short cuts to get to one’s destination if there was any indication of heavy traffic anywhere. But that is no more the case now. 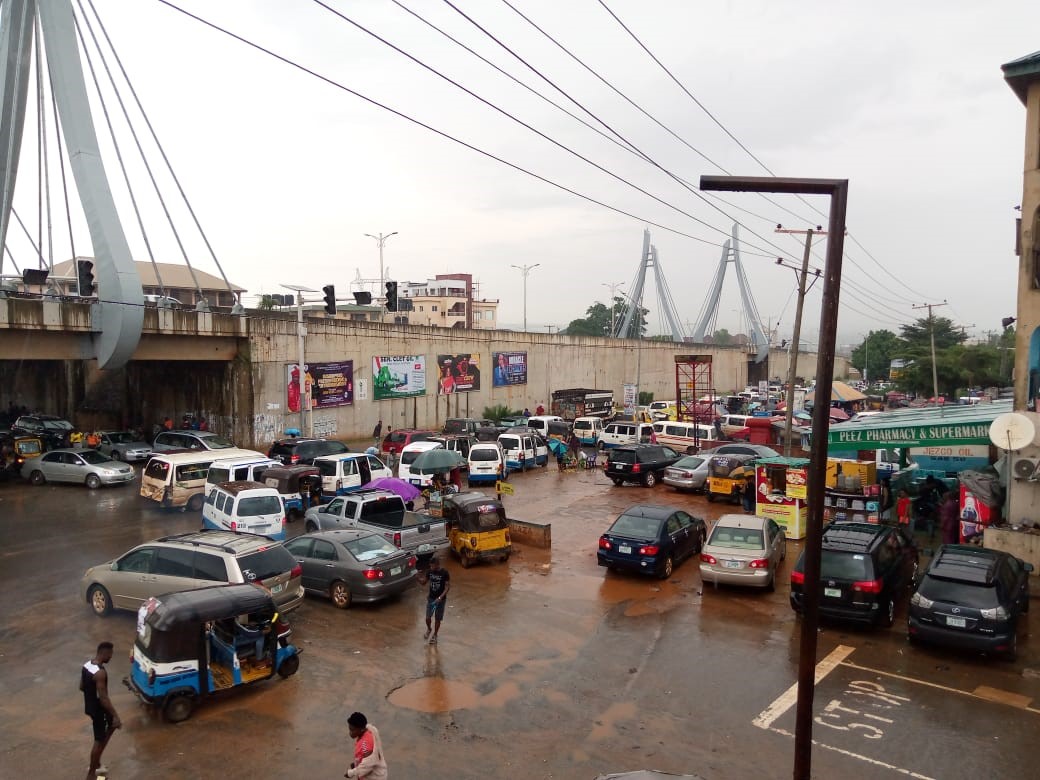 The roads in Awka, many of them, have deteriorated to the point of collapse. Take the popular Unizik Temp Site road for instance. That stretch of road has become a nightmare for those courageous or unfortunate enough to use it all the way down to the popular Y-Junction. If you are in a hurry or if you value your car, don’t just take that road. If it rains, then be prepared for the worst. That stretch of road has been bad for a long time but nothing was done there until it got worse.

There is also this road from Nodu in Okpuno to Goodwill Junction. Just close to that junction is a terribly bad patch that is always waterlogged in this period. If it rains, be prepared to turn your vehicle to a boat in order to navigate it. I passed there last Tuesday while it rained and for a moment I thought water had come inside my car. That’s just how bad that portion of road is.

Then if you happen to go shopping at Roban Stores or you just want to pass there, be ready for a bumpy ride. Despite many patch works on that road, it has remained stubborn.

The potholes there are expanding and increasingly difficult to avoid. What you have to do therefore is to choose the one you will get into. It is much the same along the NUJ Secretariat Road. You will require all your driving skills to navigate the potholes there.

Then from Regina Junction, down to Cosmila Hotel Road, you will be faced with wicked potholes and the junctions leading to some other streets off that road are just too bad.

Even at Zik Avenue, near Eke Awka, the road is beginning to go bad and the floods experienced there during rains don’t help matters. Then there are the ones in Ifite Road and the back of Government House near St Thomas Aquinas, among others.

Inside Awka Town, the story isn’t much different. Potholes have taken over.

Beyond the roads is the matter of the traffic situation at the flyovers. The flyovers, I believe, were constructed to aid traffic flow but what one sees at the three flyovers is often terrible. Part of the problem has been caused by the barring of articulated vehicles from going through the bridges. They are therefore forced to go through the service lanes which people going into town use.

Flyovers elsewhere are able to carry heavy duty vehicles and I don’t see why ours cannot do same, unless we don’t trust the capacity of those bridges to carry heavy vehicles.

It is not all bad though, the government must be commended on the inner roads it built in Amawbia off the bypass. Three of those roads help one to avoid meeting heavy traffic at the traffic lights at Amawbia by Old Road Junction. But then, two of those roads were built last year.

While we need more of such roads, there is need to attend to the bad ones which have made cruising around the capital city unpalatable. The good thing is that anyone who because of what we call eye service disputes what I’m saying will have to go through those roads and experience what others are experiencing.

It is possible that the governor won’t know about some of these roads as he doesn’t use them, but this is where all those PAs, SAs and SSAs, have to assist the governor by being his eyes and ears if they really love him and are desirous of earning their pay.

It is still seven good months to the end of this government. I don’t want to think that all attention is now on pulling out. There is still work to do until the last day. Who says fresh contracts for roads cannot be awarded? Government is a continuum and whoever comes in will have to start from what he sees but it will be a good idea not to overload the person with much to do in terms of fixing terrible roads.

The state cannot and should not be made to stand still from now to March 17 next year. I don’t know the plans of the government but I’m only talking based on what I see today and what I see is not palatable at all. The airport is ok but should not take up money for other populist projects. Our roads need a state of emergency, if I may say so.

Too many bumps can kill

Has anyone noticed that virtually all the roads in the state that pass through communities have bumps all over? Sometimes these bumps are put without warning signs and this causes accidents. I know the reason for such bumps is also to prevent accidents caused by speeding drivers but the bumps should not be put up indiscriminately, especially on major roads. What happens now is that some people just wake up and erect bumps in the morning and those returning at night, unaware of what has taken place, fall victim.

This is where government’s intervention is needed. I thought it was the local governments that should approve such bumps in communities to avoid such being indiscriminately erected. Sometimes the bumps are too close to one another that you wonder if those behind them understand what they’re doing. This has got to be moderated or else it becomes ridiculous.

Another look at street names

Ordinarily, government should be taking care of roads in the streets and their rehabilitation but not entirely so anymore. These days people living in such places are saddled with the task of carrying out the rehabilitation of their roads.

One would think that, having bought the roads or streets from the local government authorities, part of the deal should have been that such people should be maintaining such roads/streets. You cannot expect me to expend energy or resources fixing or patching my street if it bears someone’s name.

Since government has ceased to care about such local roads/streets, I thought it would have been easier and better for them to compel those seeking to have such named after them to be taking care of the roads/streets.

I don’t think anyone can complain too much if given such a proposition; after all, publicity comes at a premium. This will help the government in taking care of some of their responsibilities too and also satisfy those in those places whose streets or roads have been named after individuals. I really cannot see the reason why anyone will press for a street/road to be named after them only to expect others in the area to be maintaining them for them. It just doesn’t add up, I tell you.

Evacuation of Anambra students in Jos, good move by Obiano

I was mighty pleased when I read the arrangement by the Anambra State Government to evacuate students of Anambra origin from the University of Jos, following the crisis in the state which prompted the closure of the university.

The state government is partnering with a renowned transport company, GUO, to bring the students back home. That’s an appropriate way to respond to an emergency and shows a government that cares and is responsive.

I give kudos to the state government for this initiative. It was well thought out indeed and I wish all the returning students a safe journey home.