It is no more pleasurable to ply atop two of the three flyover bridges in Awka, namely the ones at Aroma and Kwata. This is because of the theft of the expansion joint metals by hoodlums. The essence of those metals placed over the gaps in the bridges is to avoid motorists having any inconvenience arising from their absence while driving over them.

Now that they have been stolen, motorists are forced to slow down while crossing the bridges and this has started leading to heavy traffic on the bridges which may not be healthy for the life of those bridges, especially now that articulated vehicles have started using the flyovers. 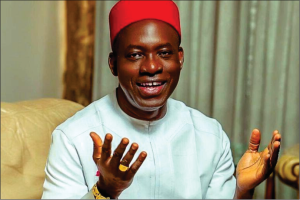 Recently the Anambra State Government acknowledged learning about the theft of those materials and promised to replace them. But since that promise was made, no action has been taken, leading to inconveniences for those using the bridges.

We believe that it will take little or nothing to have those materials replaced and we therefore wonder why the long delay in replacing them.

We are therefore calling on the Anambra State Ministry of Works to hasten to replace those materials and save those using the bridges the inconvenience they presently face.

Apart from replacing them, measures should be put in place to guard against further thefts. One of the measures should be to lighten up those bridges which will serve as a deterrent to the criminals involved in that act. Furthermore, Close Circuit Television, CCTv Cameras should be installed, not just on the bridges, but at other strategic areas across the state, with links to the police headquarters in order to aid in crime detection.

It is embarrassing to think that some petty criminals could comfortably remove materials in two bridges in the state capital and go scot free. Should this not be checked, such hoodlums will surely be emboldened to go after other public facilities and this is not acceptable.

Before now there were lights on those bridges, but inasmuch as we appreciate the current government’s concern over the amount of energy used up in powering them (since they use petrol), the government can decide to start using solar energy to operate them, thus cutting down on costs.

This should be extended to other areas of the state where such lights are mounted. A well-lit street always discourages crime and this is the reason why the street lights should be revived.