The atmosphere at the Priests’ Welfare Home was filled with love, joy and happiness as people from all walks of life joined the elderly priests of Awka and Ekwulobia Dioceses in a bountiful Christmas Dinner Get-together organized by Rev. Fr. Emmanuel Uduh led- management. 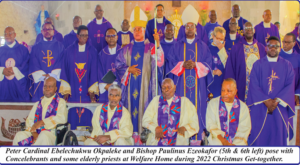 The third edition of the Christmas get-together which commenced with a concelebrated Eucharistic celebration was led by the See of Ekwulobia Diocese, Peter Cardinal Ebelechukwu Okpaleke at St. Thomas Aquinas Catholic Church, Awka, on Tuesday, December 20. The occasion was a special period for the elderly priests to appreciate the people that had been rendering the needed assistance required in navigating through the phase of old age.

Fides gathered that the Christmas get-together was also a period for the people whom the priests had pastored and touched in various ways to appreciate the elderly priests who gave their all to the church and humanity during their productive years.

In his homily at the concelebrated Mass, the Catholic Bishop of Awka Diocese, Most Rev. Paulinus Ezeokafor, noted that it was greatly important for the lay faithful to remember the elderly priests who gave their all in their productive years, working for the good of the church and making society better through their various contributions and efforts. He beckoned on the faithful to pray for the priests especially at the period when they are confined in a particular place or battling an ill health. 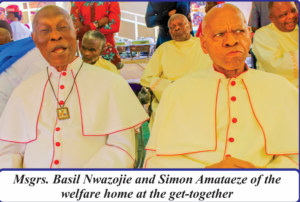 He emphasized the need of a good supportive system to the elderly priests saying that such has a way of rekindling their hope that their efforts and sacrifices were not in vain.

In an address of welcome, the Director Priest Welfare Home, Rev. Fr. Emmanuel Udu, explained that the get-together was organized in honour of elderly priests and fathers in the faith, saying that it was a special moments of sharing pleasantries and gifts. He recalled how the home which was the late Bishop Okafor’s Retirement Home metamorphosed into being Priests’ Welfare home in 2015 through the brain child, compassionate and dogged spirit of Bishop Ezeokafor.

He noted that the home has housed a good number of priests some of whom have gone to the great beyond while eight others are still living in the home. 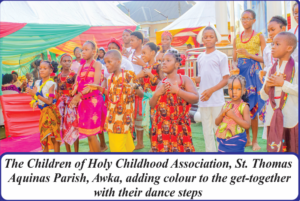 He appreciated Bishop Ezeokafor for the serene home designated for priests who are retired or those recuperating from ill health, saying that the home was where the elderly priests are nursed and taken care of and thanked Cardinal Okpaleke for his unrelenting support to the welfare home.

Fr.Udu disclosed that the welfare home was currently battling the menace of erosion ravaging the home which greatly needs government intervention.  He revealed that the home greatly needs a modern clinic that may carry minor surgical procedures for the old priests and bus that will convey them to hospital when on appointment. 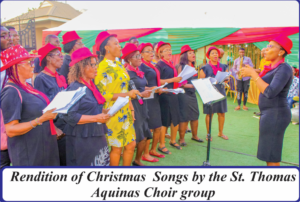 He beckoned on different groups in the church to take up, as a ministry, the care of elderly priests just as the church currently have those praying for priests and opined that such would eliminate the fear of retirement among priests. He expressed optimism that setting up a monthly stipend from the people of God within the diocese will go a long way to cushion the effects and pressures of taking care of the elderly on the bishops.

He pinpointed the various individuals assisting the home in different capacity and thanked them for their support which he describe as immeasurable. 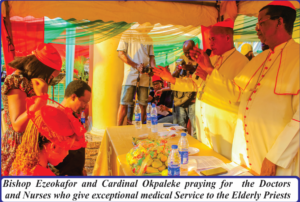 Speaking to Fides, one of the guests, Engr. Emmanuel Nwafor, Member Representing Orumba South in Anambra State of Assembly, described the event as key and congratulated the elderly priests for their dedication and service to the Church. He said that the celebration would serve as a motivation to the young priests and spur them to contribute more to the good of the church. 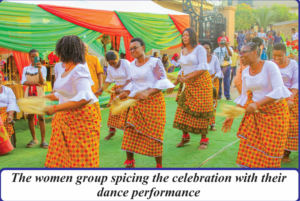