Chrism Masses for this year have been held in Awka and Ekwulobia Dioceses, with Bishops Paulinus Ezeokafor of Awka Diocese and Bishop Peter Okpaleke of Ekwulobia Diocese laying emphasis on the spirituality of priests and lay Christians.

…Reminds Priests of Their Priestly Vows

The Catholic bishop of Awka Diocese, His Lordship Most Rev. Paulinus Ezeokafor, has charged Christians to always support their priests spiritually, physically and materially, saying that as followers of Christ, they should understand that priests are Christ’s representatives on earth and deserved to be encouraged and protected.

The Awka Diocesan 2021 Chrism Mass and Cathedraticum was also held at Our Lady of Assumption Parish, Nimo for Nimo Region and at St Andrew’s Parish, Adazi-Nnukwu for Adazi Region, on March 29, as well as at St Patrick’s Cathedral, Awka, for Awka Region, on March 31.

Bishop Ezeokafor who gave the charge while delivering a homily to mark this year’s Chrism Mass at St. Andrew’s Parish, Adazi Nnukwu, in Anaocha Local Government Area of Anambra State, urged the priests to continue in their onerous task of winning souls for Christ.

The Local Ordinary enjoined the priests to endeavour to practice what they preached, noting that their primary assignment was to propagate the Gospel of Jesus Christ.

On Cathedraticum, Bishop Ezeokafor described it as an annual celebration that should be celebrated by all Catholic faithful in the Diocese and beyond, explaining it was a time set aside for parishioners to pay homage to their Diocesan bishop.

Bishop Ezeokafor, who described the Holy Thursday observation as a spiritual reawakening moment for all and sundry, urged Christians to imbibe the spirit of prayerfulness and be steadfast in pursuit of heavenly goal.

Speaking on the proposed Peter Varsity Onneh/Achina, Bishop Ezeokafor reiterated the joint ownership of the University, emphasizing it was initially designed to be managed and owned by the Catholic Diocese of Awka and any diocese(s) created out of it.

The outspoken bishop announced that the varsity would be operational by October this year, saying that infrastructure wise, they had done the needful and were applauded by the Nigeria Universities Commission (NUC) for the massive projects executed on the site. 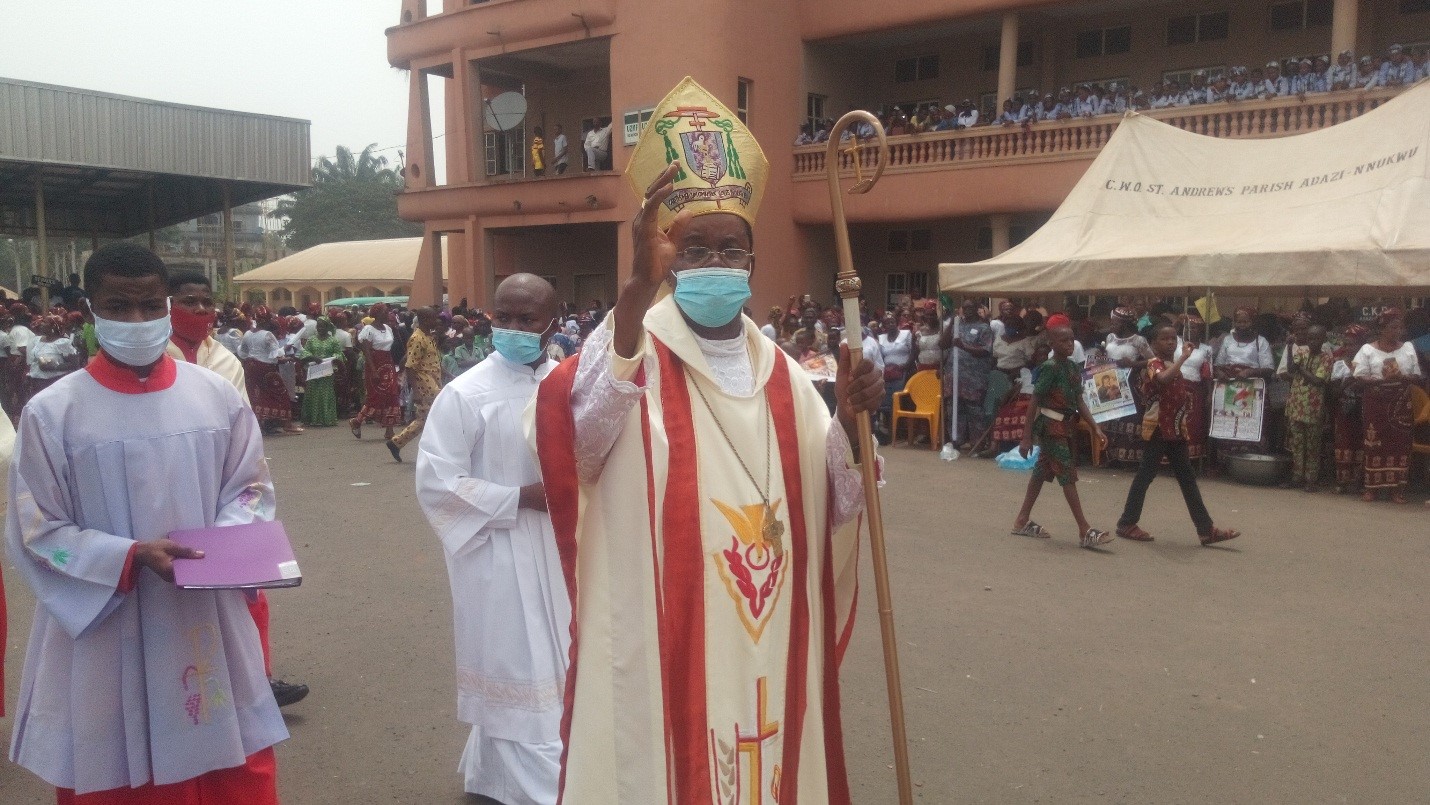 On this year’s August meeting, the charismatic and influential bishop admonished mothers to make it low key and also factor in those who might not be able to contribute financially. He exhorted them to go about the meeting with human face.

Bishop Ezeokafor who stated that this year was a year of St. Joseph, charged all the parishes named after the saint to give a befitting celebration for their patron saint by decorating their parishes and environs to reflect the true essence of the celebration, saying that the Liturgical Commission would soon roll out programmes for wider celebration.

He described Saint Joseph as a very obedient and humble personality whom, he said, gave out his authority as a husband just to fulfill God’s will on earth, even as he said that it was rare to see a man relinquish his wife to another without putting up a fight.