The Catholic Diocese of Awka has expressed shock over the demise of two of her priests within a space of three days, describing their deaths as great losses. The two priests, Rev Fr Paul Akpu and Rev Fr Raphael Ikem Oliobi, who died on January 23, 2021 and January 26, 2021, respectively, hailed from the same Ifiteani Village, Nimo, Njikoka LGA, Anambra State.

Rev Fr Akpu, was until his death, a priest in-residence at St Mary’s Parish, Nimo, while Rev Fr Oliobi was in residence at the Awka Diocesan Priests’ Welfare Home, GRA, Awka.

In a telephone interview with Fides, the parish priest of St Mary’s Parish, Egbengwu, Nimo, Rev Fr Innocent Muomegha, described Fr Akpu’s demise as a great shock to him, to the entire members of the Reverend Fathers’ house and the entire parishioners of the parish.

Rev Fr Muomegha, who described the late Fr Akpu as a good man who lived in peace with everyone, noted that the deceased did not show any sign of illness before his sudden demise on the said January 23, 2021. 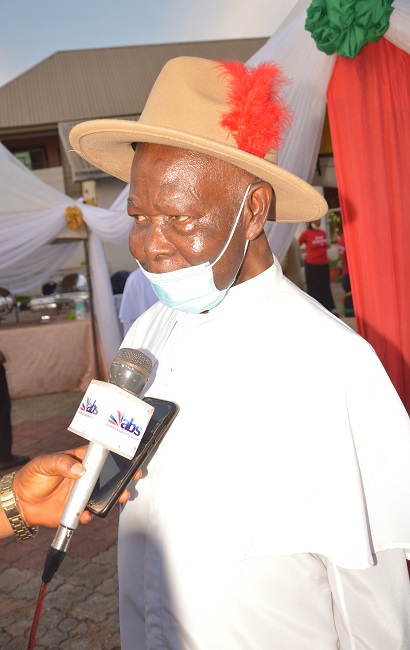 According to him, the deceased had come down to the dining room, and eaten with them, went upstairs to his apartment, and called the boy he lived with to help him sweep his room. But, shortly after, the boy called his attention to a sudden change in Fr Akpu’s health.

‘I went upstairs, and called Fr Akpu, he did not answer. Then, I called the attention of other priests in the parish with us. We rushed him to Regina Caeli Hospital, and even contacted the Management of the hospital before we arrived. When he got to the hospital, the doctor after examination, confirmed Fr Akpu dead on arrival,’ Fr Muomegha said.

He continued, ‘Fr Akpu had in December 2020, come back home after a successful spinal cord surgery he had in Enugu in October. We were all happy that he recovered and came back healthy. He was not at any time on sickbed before his death. His death was a great shock to us. It is my prayers that our good God grant his soul eternal rest.’

Also in a telephone interview with Fides, the Director, Priests’ Retirement Home, GRA, Awka, Rev Fr Emma Ifesinachi Udu, said the news of Fr Raphael Oliobi’s death came not just as a shock to every member of the home, but also as one piece of news and nightmare everyone would wish to wake from.

Rev Fr Udu, who was visibly saddened, eulogised the deceased priest as a man of peace and a seasoned educationist, who was always appreciative. According to the director, the home missed a father, a brother and a friend in Fr Oliobi.

‘Nna anyi Oliobi, as we fondly called him, was a man of peace, a gentle man, a man of wisdom, a seasoned educationist and administrator. He was a man who knew how to take life one day at a time. He always had a welcoming smile for everyone, was very appreciative, considerate, diplomatic and selfless. Fr Ikem Oliobi was a God fearing man who never complained about any discomfort, no matter how uncomfortable he was,’ Fr Udu stated, praying for the happy repose of the soul of the deceased.

He was said to have died around 8 pm on the said January 26, 2021, at Dr Nwiloh Heart Centre, St Joseph’s Hospital, Adazi-Nnukwu, after a complication that followed a thoracic surgery he had two weeks ago.