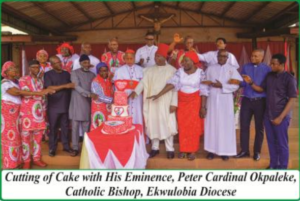 Delivering his homily at the Opening Mass last Friday, Bishop Ezekafor welcomed the members of PWPN to Awka Diocese and Anambra at large. He also exhorted them to continue to show love for people and the nation at large, stressing that Sacred Heart was known for love. 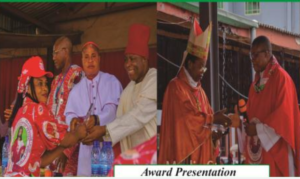 ‘Sacred Heart is known   for love. We should also extend this love to our neighbours and our dear nation, Nigeria, by praying for the nation and voting a competent person in the incoming 2023 General Elections of the nation,’ he said.

His Eminence, Peter Cardinal Okpaleke, delivered the Keynote Address at the opening ceremony which he tagged, ”Love is the answer”. The address explained the theme of the congress which was, ”Let the Heart of Love Reign”. He stressed the need for love and forgiveness and challenged them to see love in the context of the life of the Trinity and creation and to appreciate their participation in what he described as that mystery of God’s love. 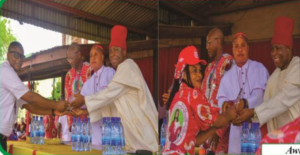 Peter Obi, represented by Mr Valentine Obienyem, speaking at the Congress, said he celebrated with the league and coveted the Prayer of the League.

Fides recalls that the Prayer League was introduced to Nigeria in 1922 by Rev. Fr John Selwyn, SMA, at Holy Cross Cathedral, Lagos. PWPN also proposed to have their national secretariat in Awka Diocese. 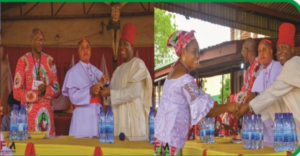 There were talks from different speakers during the Congress. Rev. Fr Philip Uguru gave a talk on ”The Heart of Jesus, Our Only Hope for Refuge and Sustainability in a Troubled World”; while Dr Godwin Ngwu spoke on the topic, ”Jesus, at a Time like this”. Rev. Fr. Chikere Ugwuanyi spoke on ”Youth and Discernment: For a Hope-Filled Future”.

Highlights of the events were award presentations, presentations by the Eucharist Youth Movement from different dioceses, cutting of the centenary cake, Bible quiz, among others. 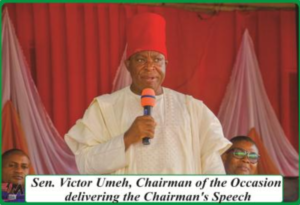 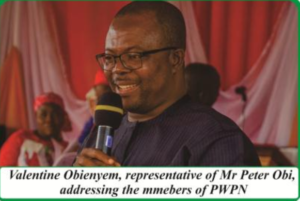 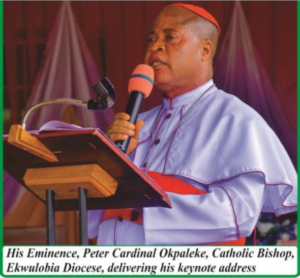 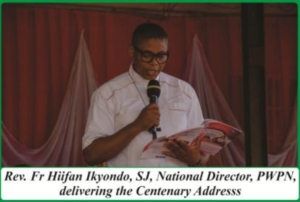 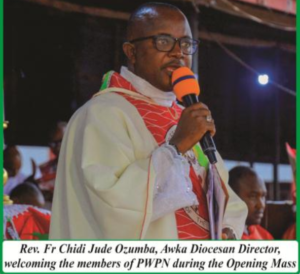 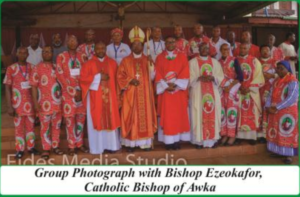