In a bid to promote healthy competition and to discover hidden talents among Students, the finals of the 2019 Awka Diocesan Secondary School Quiz Competition, was on March 14, 2019, organized by the Education Department of the Catholic Diocese of Awka for all the diocesan-owned secondary school.

The quiz competition which was held at St John of God Secondary School, Awka, Awka South L.G.A, Anambra State, had the15 diocesan secondary schools that made it to the grand finale, out of the 56 Schools, as contenders. The schools competed in two groups of the senior and the junior categories.

In his remarks, the Education Secretary, Awka Catholic Diocese, Rev Fr. Hilary Nwajagu commended all the schools that participated in the quiz competition. He appreciated the efforts of the teachers in the formation of the students, saying that teachers were essential tools for learning. He advised them to be more dedicated in their jobs and not to shy away from their responsibilities.

Fr. Nwajagu urged the students to take their studies seriously as well as to be obedient to their teachers and parents, and be responsible individuals in the society. He charged the students not to depend only on their note books but also focus on their text books as well.

The education secretary commended the schools that emerged the winners in the Quiz Competition for distinguishing themselves. This was even as he encouraged those who didn’t do well to put in more effort in the next quiz competition. He noted that next year’s quiz competition would be one of its kind, saying that it would be sponsored.

Also speaking, the Education Secretary, Adazi Region and also the coordinator of the Quiz Competition, Rev Fr Leo Mmadubuike, thanked all the schools that participated in the Quiz Competition. He maintained that the purpose of the quiz competition was to enable the students to be bold and not be shy when it comes to speaking in public as well as to harness future superstars that would represent the country at both national and international levels. He encouraged them to take their studies seriously so as to be good ambassadors.

Fr. Mmadubuike appreciated the teachers for their efforts, saying that they were of great value to the students. 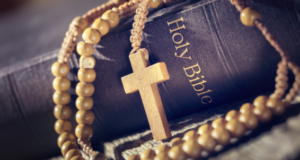 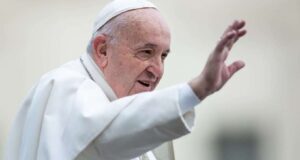 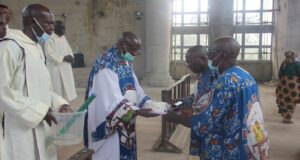