The Laity Council of Awka Diocese on Sunday, March 2022, flagged off their week, with the theme, ”Resilience in witnessing for Christ Amidst Socio – Economic and Security Challenges”. The event to Flag off the week was held at St. John’s Catholic Church, Neni, Aniocha Local Government Area of Anambra State.

The chairman of Awka Diocesan Laity Council, Mr Joseph Igwebuike, said it was an annual event held nationwide on same day.  This he disclosed in an interview with Fides Media during the event. He beckoned on members to go back to their various parishes and zones to continue with the lectures and other activities that made up the week. 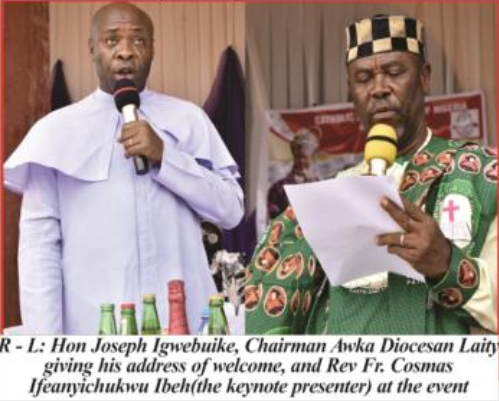 The event began with a Holy Mass which was presided over by the Catholic Bishop of Awka Diocese, Most Rev Paulinus Ezeokafor, who was represented by the former Chancellor of Awka Diocese, Very Rev Fr. Frances Chidume. In his homily, Bishop Ezeokafor harped on the importance of believing the word of God, noting that the word of God through faith could change even unfavourable conditions.

He enjoined the lay faithful to pray for security and peace in the South East and the world in general as prescribed by the Catholic Bishops of Onitsha province led by the Archbishop of Onitsha Diocese, Archbishop Valerian Okeke.

On the Lenten Season, the homilist encouraged the congregation to intensify their fasting and praying as required by the season without forgetting the importance of Lenten fast collection, which, according to him, was evidence of their fasting.

Appreciating the Laity Council of Awka Diocese after the Mass, Bishop Ezeokafor commended them for their unity and oneness of heart, reminding them that the Church was not for the priests, alone but for the lay faithful. He frowned on what he described as the despicable approach of parents towards pushing their children into making early money in what is today called Yahoo Yahoo or Yahoo plus.

In his opening remarks, the chairman of the occasion, Hon Ejike Okechukwu, who was represented by Hon Ibeanu Chijioke, lauded Sir Victor Umeh for who single-handedly sponsoring the day’s event. He also commended those who made their support known through their efforts and intellectual capacity.

Giving his vote of thanks, the Chaplain of Awka Diocesan Laity Council, Rev Fr. Jude Ezeanokwasa, appreciated Bishop Ezeokafor for his love and guidance towards the Laity Council of Awka Diocese; even as he prayed for God’s blessings on all those who had been supporting and still supporting the progress of the council.

Highlights of the occasion included: keynote presentation by Rev Fr Ifeanyichukwu Cosmos Ibeh, titled, ”Permeating the temporal order with the spirit of the Gospel”.

Others included, address of welcome by the chairman of Awka Diocesan Laity Council, Hon Joseph Igwebuike; launch of the memo for the Laity Week and March past by different deaneries of the Laity Council in  Awka Diocese. 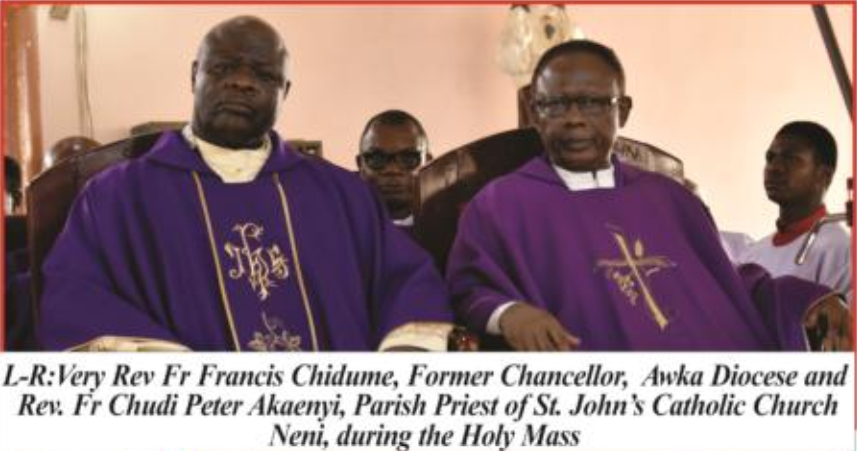