Fr Ben-Ezenwa said this Saturday, July 10, during the occasion of his birthday which coincided with the second phase of the skills acquisition programme for female rural dwellers holding at St Jude Thaddeus Catholic Community organized by Let’s Save Her Initiative, LESHI, a non-governmental organization working for the cause of women and girls, in collaboration with Fides Media, the Social Communications Department of the Catholic Diocese of Awka. 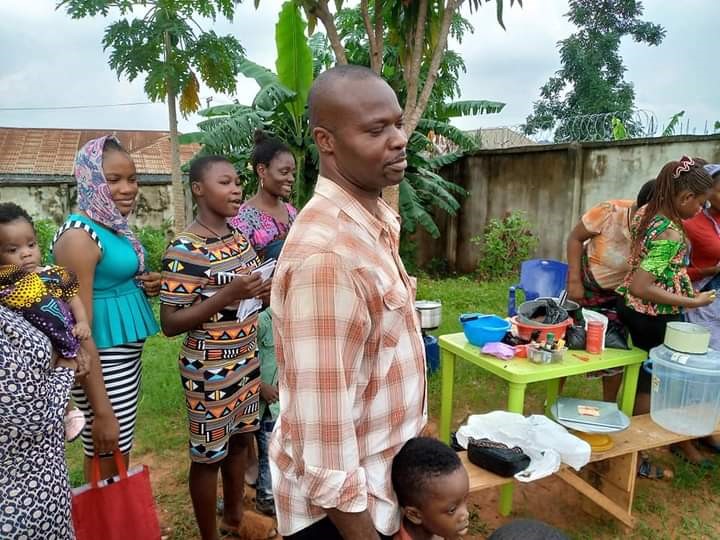 The Judicial Vicar in his comments, decried what he called the bedeviling condition of the educational system in Nigeria, describing it as appalling. He urged participants at the event to embrace skills acquisition to enable them to become self-employed, and be armed with the ability to fend for themselves, especially in harsh economic time.

Touring the various training classes which included Make up, Photography, Pastries and Tye & Dye, he expressed excitement at the number of participants who queued up for the training, especially at the Pastries Unit.

He said it was a testament to where their various interests lay, and also charged them to take the classes seriously as it would help them support themselves financially and also donate to the church and community development, as well as to charity.

While he took a swipe at the theory-laden educational system obtained in Nigeria, the St Jude Thaddeus Parish Priest told the participants that some of what they would learn could not be gotten in formal classrooms.

The Project Coordinator, Alexandar Adejoh, in his remarks, reiterated that skill was what brought food on the table, explaining that it was what informed the decision to take the initiative to the streets, local communities and villages where there was great need for skills, to empower young girls and women in the area.

The students also were not left out as they expressed themselves on what they had learnt so far during the programme.

The founder, Let’s Save Her Initiative, Mercy Hill, in a separate comment, expressed her excitement over the enthusiasm amongst the women in the course of the programme.

Hill also thanked the St Jude Thaddeus Catholic Church for giving them the opportunity and the platform to give back to society. She also appreciated the volunteers and facilitators of the programme on their efforts towards making the programme a reality; as well as, Fides Media for their continuous support and partnership in the actualization of their dream. Meanwhile, the participants who were mostly girls, seized the opportunity to celebrate Fr Ben-Ezenwa’s Birthday.