Awka Diocesan JDPC Vows to Advance the Cause of Poor Masses

The charity arm of the Catholic Diocese of Awka, Justice, Development and Peace Caritas, (JDPC), through its activities and programmes, has reaffirmed its commitment to continually advocate for the interest of the poor masses and contribute towards alleviating her plight. 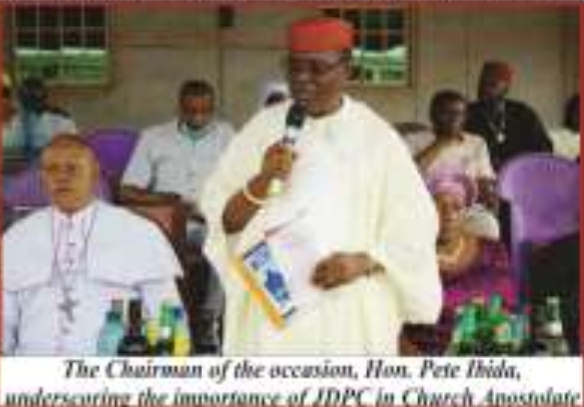 JDPC Director, Rev. Fr. Levi Ukor, made the disclosure at St. Patrick’s Cathedral, Awka, during the 2021 JDPC Week flag-off, conferment of honours and fund-raising for empowerment of the less-privileged in society.

The activity filled week which was flagged-off with a Pontifical Holy Mass led by the Auxiliary Bishop of the Catholic Diocese of Awka, Most Rev. Jonas Benson Okoye, started on Sunday, September 5 and ended on Sunday, 12 September with empowerment and hospital and prison visitation.

The JDPC Week organized under the theme, ”Nigeria, Insecurity and Covid-19: the way forward”, had some lecture presentations which included, ”The Common Good in a pandemic Era” and the ”Politics of exclusion: unemployment as a catalyst for insecurity in a covid-19 pandemic era: The role of the Church”; ”Insecurity: The Underlying implication for sustainable Economy and COVID-19: The Catholic Church’s response to a global problem”.

Others were ”Making light the burden of hardship during the pandemic: The role of the Church”; ”EndSARS protest as a metaphor for governance-deficit and a discussion on Anambra Gubertorial Election”. 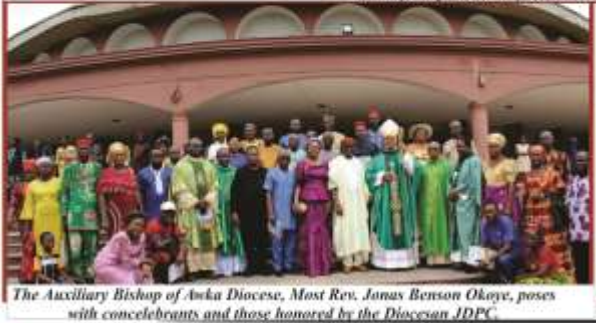 Fr. Ukor explained that visiting and caring for the downtrodden remained the cardinal focus of JDPC and said that fund-raising was included in the week’s activities to enable the arm to generate funds to assist poor people in various parishes within Awka Diocese and beyond, especially those who were unemployed but skilled and intelligent students without sponsors.

He maintained that the body would request for the names of those needing help in the parishes to enable them to run background checks and confirm the authenticity of their claim and identify their areas of need for the assistance to be rendered. 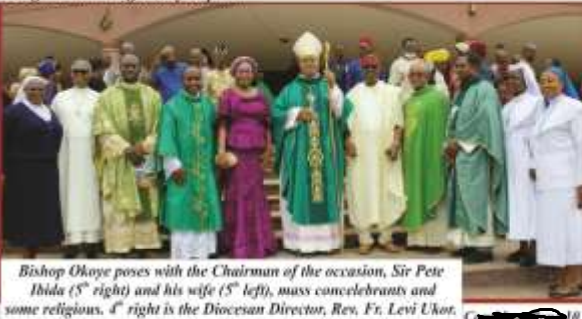 According to the JDPC Director, receiving help from international bodies and other agencies could be very taxing and revealed that one of the prerequisites and fastest means of obtaining such funds from international bodies was by backing up proposals with evidence of what the local church had been doing, saying that most organizations resisted it when there was much dependence on them. He said that through the generated funds, JDPC embarked on projects that would benefit humanity.

He regretted that some persons who sought for assistance through JDPC, mostly manufacturers, falsified claims in order to obtain aid and assured that the body had set up apparatus to checkmate and verify such individuals’ claims to ascertain that those receiving help were truly in need of it.

Speaking on the theme of the JDPC Week, ”Nigeria, Insecurity and COVID-19; The way forward”, the JDPC Coordinator of Awka Region, Rev. Fr. Emmanuel Ofomata, revealed that the Catholic Church through JDPC, had assisted in the administration of social justice and had instituted means of rendering help to the downtrodden in order to lift up to a certain acceptable standard of living.

He noted that the Church had been able to condemn the ills of nepotism to ensure that people received an equal share of the national resources, saying that no group should be viewed as superior or better than others.