The election which took place at the community’s market square, saw Chief Israel Ezue poll a total number of 584 votes against two other contestants, Chief Maduabuchi Chikwendu, and Chidiebere Nwankwo who polled 48 and 27 votes respectively. 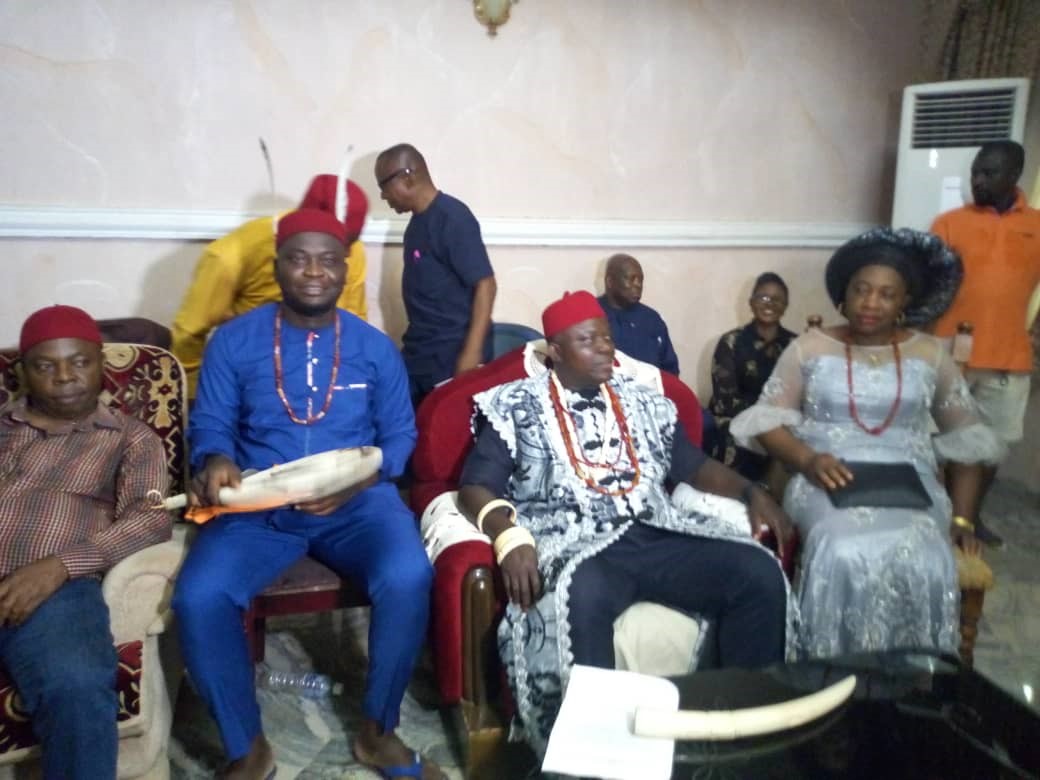 The Igwe-elect of Awa, Chief Israel Okeke Ezue (2nd from right) and wife, surrounded by his kinsmen shortly after his election

The election which was observed by officers and men of the Nigeria Police Command from Zone 13 and that of the Department of State Security, DSS.

Announcing the results of the election, the returning officer, Professor Nnamdi Obikeze, said that Chief Ezue, having got the majority votes, was the winner of the election.

Speaking shortly after being declared the traditional ruler-elect of Awa Community, Chief Ezue said he would continue to work for even development in Awa and called on the people to avoid acts capable of causing confusion in society.

Chief Ezue used the opportunity to thank the people of Awa for the confidence reposed I him.

The president general of Awa Development Union Women’s Wing, Mrs Chinyere Ibeh, and youth leader, Mr Emeka Okafor, thanked the people of Awa for the peaceful conduct of the election.

In their various remarks the stakeholders from the community who expressed satisfaction with the outcome of the election, promised to work with the traditional ruler-elect for enhanced development of the community.

The election was conducted through option A 4

The highlights of the ceremony were the declaration of oath of office by the traditional ruler-elect, Chief Ezue, and the nomination of Professor Obiajulu Obikeze as the traditional prime minister of AWA, as well as the coronation of the Igwe elect.

All the 12 Villages in Awa Community participated in the election.