…Opens up frontiers with one week free Counselling Session

To ensure mental balance and well-being of people in Anambra State, At Peace Centre & Clinic has kicked off operation to delivery psychotherapy services that would guarantee peaceful co-existence. 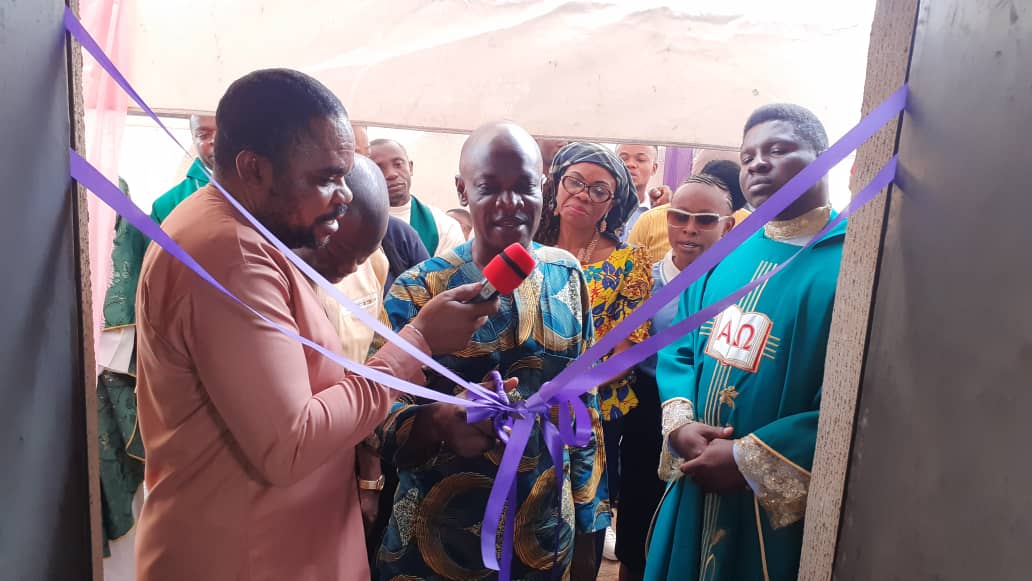 The Founder of At Peace Centre & Clinic, Dr. Carsmir Nnaemeka (1st left) speaking on the motive behind the opening of the Centre.

Fides gathered that the psychotherapy services that would be offered At Peace Centre & Clinic, includes depression and stress management, accident and deformation therapy, substance and drug abuse treatment, family, marriage and counseling services.

Others services of the psychotherapy center include career decision, rehabilitation therapy, work therapy, care of people with special diet need, care of kids with special abilities, group therapy as well as running a school for special kids and providing home for the aged.

Explaining the motive behind the establishment of the Centre, the Chief Medical Director and Rehabilitation Therapist, Dr. Casmir Nnaemeka, said the Centre was in fulfillment of the dream he had 6 years ago after he returned to Nigeria from Canada.

He noted that At Peace Centre & Clinic would offer Awka populace basic mental hygiene that would guarantee innermost peace for peace co-existence of people.

He said that people who had chosen ab-norm as norm and made norm to go in extinct because of the lack of mental hygiene would be directed, saying that such individuals are great assert to human society.

Nnaemeka who is also the founder of the clinic explained that mental health does not only entailed madness but also has to do with people doing the right thing at the right time without being conditioned by what was obtainable in one’s immediate environment.

He said that the services of the Centre was tailored to address each individual needs and stressed the importance for seemly mentally balanced people to go for routine checks once in a while, noting that psychology which details with mind, controls the  generality of human activities.

On the importance of mental health, the National Secretary of Nigerian Psychological Association, Eze Michael Arinze, expressed hope that the centre would help to ameliorate some of the psychological trauma which people mostly pass through.

He disclosed that the founder of the center who also belonged to the Nigerian Clinical Psychologist would receive all the necessary support which the national body had designed for those operating such centers. He said that the national body was partnering with NCDC to curtail the stigmatization of COVID-19 carriers.

He beckoned on people to bear in mind that suicide was never an option in any situation one was passing through and stressed the need of awareness creation on the benefits which society tends to achieve through balanced mental health.

Adding his voice, Dr. Samuel Eze, a Psycho-Therapist, described the psychological center as first of its kind in Anambra State and maintained that various psychological problem would be addressed at the Centre. He said that one out of every three persons has a mental issue.

He linked most inappropriate human behaviours to mental imbalance and advocated that people once in a while should go for psychological session.

Fr. Ezemaduka, advised people to seek for psychological help from certified psychologists rather than tagging all their problems as spiritual as mostly done in Nigeria.

Earlier while leading in the Eucharistic celebration that preceded the blessing of the Centre, the Principal of St. Michael Comprehensive College, Nimo, Rev. Fr. Dennis Nwabueze, said that the Centre was opened for the good of humanity and prayed that many lives would be transformed through the activities of the Centre.