At Last a Good Thing Has Come Out from Nazareth

Recently, the Management of Nnamdi Azikiwe University (UNIZIK) announced the setting up of a committee to investigate and handle cases of sexual harassment of students by lecturers in the institution. The announcement, though late in the day, as enough harm has long been done, is still welcome. I received the news with joy, having waited for what appeared an eternity to see that kind of thing happen.

Indeed, our institutions of higher learning have become breeding grounds for all manner of extortionist tendencies by lecturers, ranging from collecting money from students in order to pass them; forcing them to buy textbooks or risk not passing lecturers’ courses; forcing students to buy luxury items for lecturers or pay them before they could supervise their projects or even approve such, and finally sleeping with female students for marks.

All these years, despite the outcry and outrage such had been eliciting, many institutions seemed to be handling the issue with levity, apart from isolated cases of punishment to such lecturers. This half-hearted approach to this serious issue, meant that the syndrome has continued.

This syndrome is something that has almost become the norm in many institutions, with many parents giving money to their children to pay lecturers. Ask any of those parents why they give the money and they will tell you that their wards will have no protection from any quarter if they don’t pay. That’s as bad as it has gotten.

When the Vice Chancellor of UNIZIK, Prof Esimone, took over, he was described as ”a man of God”; a no nonsense man and as a good man. I have not come close to him to ascertain if these attributes are true but with this singular decision to handle cases of sex-for-marks syndrome, it may not be too difficult to convince me that he’s the real deal.

One only hopes that the committee will do a thorough job devoid of sentiments and fear so that, at least, other institutions in the country will use our own UNIZIK as a template to curb our ivory towers of this cankerworm. 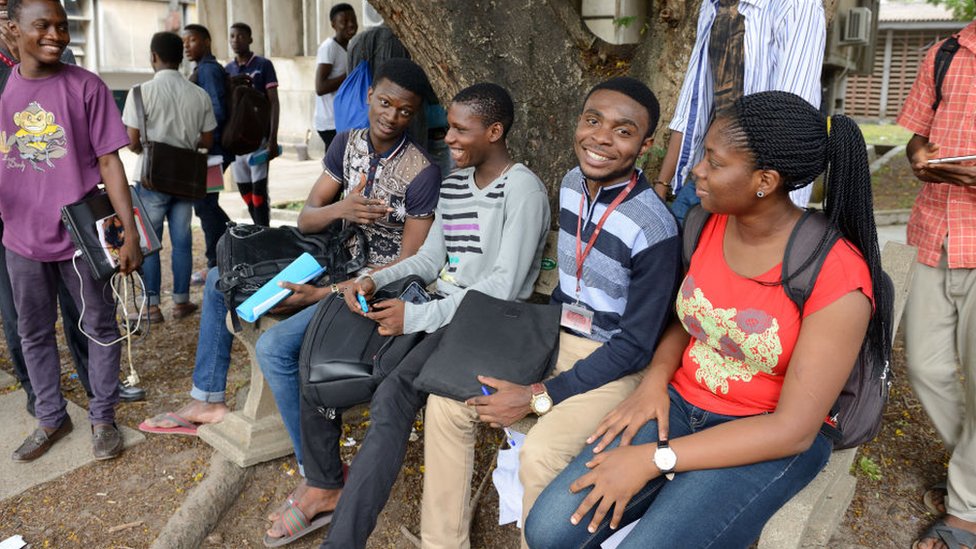 The story was recently told of three brothers returning home in a car with their cousin. As they got to Awkuzu Junction, the naval personnel opened fire on them and killed the cousin, while two of the brothers were injured. But on seeing that the young men were unarmed, they helped in having them taken to a hospital.

We were still trying to come to grips with that when last Sunday news filtered in that a vehicle owned by the state’s Commissioner for Lands, Mr Enemali, was shot at by the same naval personnel at Awkuzu Junction. The bullet went in from the back and exited from the front, with the driver narrowly escaping the bullet. We learnt that the commissioner was not in the vehicle.

It was after this that we started hearing calls for action on the social media by government people whom we did not hear from when the young men were earlier shot. But since government pikin is now involved, action is being demanded. They demanded that the naval personnel be disciplined or taken out from there.

My response to the calls was that if the government could not take a proper decision over something that had now involve their man, na dem sabi.

But seriously speaking, what on earth are naval personnel doing in the heart of the town? I’ve always known that the navy has something to do with water. So, seeing them far from it is like seeing a fish in the desert. Is it that there are no more police or army personnel that will man that location that we have to bring in naval personnel?

What is their duty there? We know the police are best suited to operate among the civilian population and now we are beginning to see soldiers too. But as for the navy, I really don’t know.

Unfortunate as it was that the naval personnel have started shooting at people indiscriminately, perhaps, it is actually a good thing that a government pikin has been involved now. This will no doubt force some action from the government unless it has ceased to be bothered about anything.

We live in a country where bloodletting has become a pastime. Nobody seems to consider the sacredness of life anymore unless and until their own person is involved.

For starters, those naval personnel at Awkuzu Junction should be removed from there and those behind the killing of the young man earlier be brought to book. It is actions such as this that often set the public against members of the armed forces. Public anger will surely be assuaged if they see that those behind the shootings go in for it. If this is swept under the carpet of convenience, I’m afraid we will only be stoking the fire of future anarchy.

We recently read about the attack on a bus carrying some Muslims in Jos, Plateau State in which many of the passengers were killed by those described as suspected Christian Militias. Even before the dust settled, the police told the nation that 20 people had been arrested in connection with the killing. And on Monday, we were told that a further 13 had been arrested, bringing the total to 33.

Now, here are some issues. Whenever Muslims kill Christians, the killers are labelled as bandits. The police will tell us they are going after the suspects. But last last, nothing further will be heard about it.

But this time that some Muslims were attacked, the attackers were immediately identified as ”Christian Militias” instead of bandits. What was more, the police speedily arrested the suspected attackers.

It is not as if I endorse the taking of human life. But the things I see playing out in the country today make me begin to think that the Buhari Government has different ways it reacts to same matters. In all the years that Fulani herdsmen have been killing, looting, plundering and raping people and women, the Buhari Administration has refused to tag them as terrorists. It has also not prosecuted anyone of them to date. What we usually hear at the most is the arrest of some suspects and that will be that.

Also rather than admit they are Fulani, they will simply be described as bandits and no arrests will be made. Different strokes for different people, isn’t it? Same country, indeed!

Does Anambra APC have an Evil Game Plan?

If you listen to words coming out from the mouth of the Anambra State chairman of the All Progressives Congress, APC, you get the impression that the party is not interested in the votes that will be cast but is hatching a plot to have its candidate, Andy Uba, returned at all costs. When it is recalled that APC captured Imo State, not from the ballot but from raw power from the centre, you may begin to take their boasts on the Anambra Election more seriously.

In truth, and as things stand today, only those on the payroll of APC in Anambra, nay Igbo Land, will cast their votes for APC. This is no thanks to the perception of President Muhammadu Buhari by the average Igbo man. One can therefore say that in a fair contest, APC will be hopelessly defeated.

This is no attempt to cast aspersions on the person of Andy Uba. He may have had his share of the blame in what transpired in this state in the past. But, regardless of that, he or any other candidate would have been described as being in the wrong party at the wrong time. The name, APC, is simply anathema in Igbo Land at the moment as the party is perceived to represent all the wrongs meted out to Ndigbo these past few years under Buhari. So, expecting any Igbo man to embrace APC now, will be quite ridiculous.

The APC in both Anambra and in Abuja know  this. So where is their confidence of winning the November 6 Governorship Election in Anambra coming from? Wherever it is coming from, the average person will expect a free and fair contest, but any other thing that produces a winner will be questioned, if not resisted. And judging by the anger in the land today, such resistance can come with disastrous consequences.

They may have gotten away with it in Imo State but Anambra may present a different scenario. It was easy in Imo because it was already an APC State. People are angry these days and looking for an opportunity to vent their anger. Trying their patience by foisting a candidate on them come November 6 may leave the governor with no state to govern. Anyone in doubt should just take a gander at how the Indigenous People of Biafra, IPOB, is slowly but steadily taking over the Southeast. If these guys should beam their searchlight on how the winner of the Anambra Election will emerge, God help those who will be behind the electoral heist. I rest my case.