The 2022 five-day NLO/Berackiah Coaching Clinic kickstarted on Tuesday, 15th February 2022 in the state at the Conference Room of the Anambra State Sports Development Commission (ASSDC).

The coaching clinic for Nationwide League One clubs based in the South East Zone is for capacity building of coaches in anticipation of the commencement of the NLO Season which begins in March 2022 as well as to have an impact on the MyAnambra Football Super 8 Tournament expected to hold soon after the Anambra State Football Association (ANSFA) tournament.

The coaching clinic which is sponsored by Aspire Foundation through Anambra State Football Club Owners Association (ANSFCOA) and Aspire Football club is being coordinated by the ANSFA. Resource persons engaged to train the coaches are seasoned football instructors such as Coach Victor Nwakamma and Coach Alphonsus Uzodike with Coach Simon Ojum from Berackiah, Mr. Kosarachi Nze of the NLO also present while the Vice-Chairman ANSFA, Chief Sir Victor Aniekwena, and the ANSFA Secretary, Mr. Chijioke Onyedika were in attendance.

Declaring the event open, the Vice-Chairman ANSFA, Chief Sir Victor Aniekwena expressed his delight that such a clinic is held in the state under his watch as the Acting Chairman of the ANSFA. He said: “We are delighted to have partnered Berackiah, Aspire Foundation, and Anambra State Football Club Owners Association on this very important clinic.

I’m also elated to know that the resource persons are FIFA football and coaching instructors who are well experienced with a task to guide the young and upcoming coaches and impact positively the act of football coaching and tutelage which will enable the coaches to get the best out of their teams.” 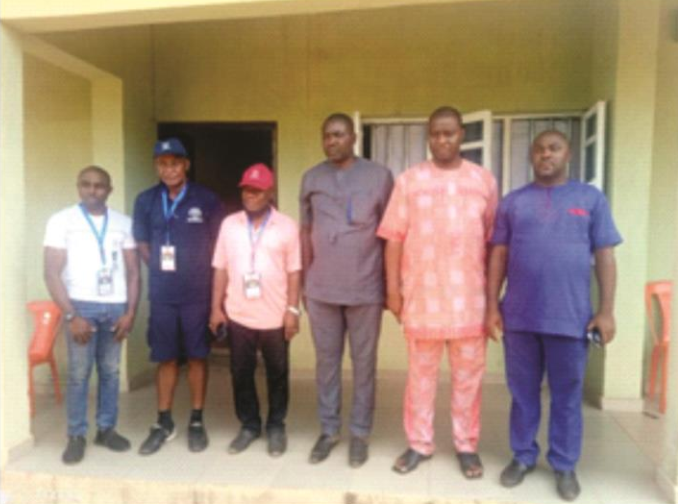 “I commend the clubs for their massive turnout and kudos to the members of SWAN for the media coverage and publicity as we are all partners in progress.

Now that Anambra State has a stadium, we are looking at having a state-owned football club play in the NLO in no distant time and I can promise you that there will be more football programs from the ANSFA as the year runs it’s course,” Aniekwena disclosed.

On his part, one of the resource persons and FIFA football instructor, Coach Alphonsus Uzodike described the program as laudable as the Coaching Clinic is essential in guiding grassroots football coaches. Uzodike said: “We hope to use the Coaching Clinic to enhance the competence and capacity of the Coaches and thereafter they will implement the knowledge gained from the clinic by coaching players on how the game is played which is the fundamental stage of the game.

It is essential the players get the rudiment of the game in order to perform optimally on the pitch, improve the standard of the game, and in hindsight pass across the knowledge to the upcoming generation,” Uzodike said.

Other aspects of the five-day Coaching Clinic will be the practical skills to be displayed at the new Awka City Stadium. It would be recalled that in 2021, football in Anambra witnessed a coaching clinic held by Berackiah and Abigol which was sponsored by the Aspire Football club through the Aspire Foundation aimed at projecting MyAnambra Football, Aspire FC, and ANSFCOA.