The Anambra State Association of Town Unions, ASATU, has congratulated one of founding members, Chief Damian Okeke Ogene, on the recent merit award conferred on him by the Anambra State Government under former Gov Willie Obiano.

In a congratulatory letter signed by the National President of ASATU, Hon. Barr. Titus N. Akpudo, made available to Fides, ASATU expressed happiness at the recognition given to Ogene and described it as fitting. 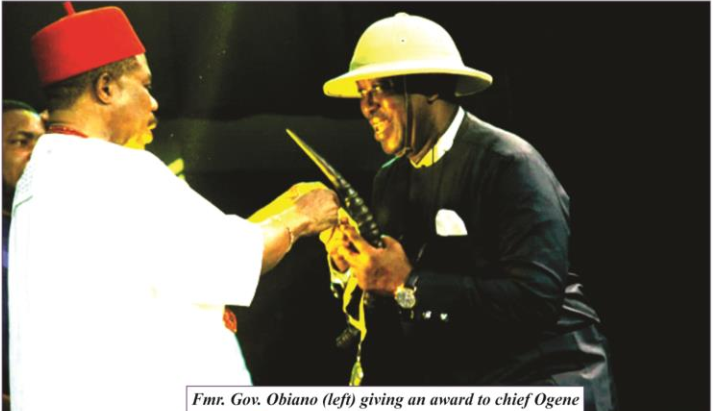 Part of the letter read, ‘It is out of the abundance of my heart that I send warm felicitations to you on behalf of the great Anambra State Association of Town Unions (ASATU) family; the umbrella body of all the 179 Town Unions in Anambra State, to rejoice with you on your recent merit award conferment by His Excellency, Chief Dr. Willie M. Obiano, Executive Governor of Anambra State, during the commissioning of the State International Convention Centre, Awka and awards presentation to some other distinguished Ndi Anambra.

‘Frankly, this meritorious award/honour was as a result of your outstanding contributions to the development of our communities, our dear Anambra State, Igbo land and Nigeria in general.

‘As the Pioneer National President and currently, the Chairman, ASATU BoT, we applaud you and we’re happy for this outstanding recognition as we also see it as a win for ASATU. We however, continue to recognize and appreciate your immense contributions towards the growth of the Association, our communities, and our state in general.

‘We all in ASATU hereby say congratulations to you!’

Ogene, also expressed happiness with the award, noting that it showed that what he described as his humble efforts in the service of the state were recognized. He said the recognition would spur him to continue giving his best to the state, even as he called on other citizens of the state to continue to do their best for the growth of the state.