The team also removed people doing businesses on unauthorized places around the areas, including on top of drainage channels, by the road side and places designated for parks.

For each area cleared, a road sign is installed to indicate official restriction to parking of vehicles.

ARTMA under the new leadership has initiated different approaches to solving traffic irregularities on Anambra roads. 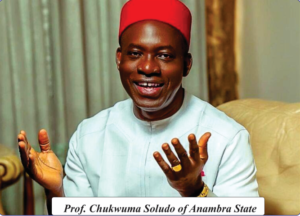 Speaking after the exercise, the Managing Director and Chief Executive Officer of the Anambra Road Traffic Management Agency (ARTMA), Engineer Emeka Okonkwo, said that his office had issued several removal notices to vehicle owners and traders in the area, which they did not heed to.

He noted that the presence of heavy-duty vehicles and traders by the road side, causes gridlock and increases accident risks, adding that ARTMA is always out to ensure that such illegality does not thrive.

Engineer Okonkwo further stated that Governor Chukwuma Soludo’s administration drives law and order, a working mindset that ARTMA sticks to all the time.

On his part, the Managing Director of Operation Clean and Healthy Anambra (OCHA) Brigade, Comrade Celestine Anere, said that it is important to bring total sanity to the Anambra environment, adding that the combined effort with ARTMA yielded immense results.

A road user, Mr. Francis Ezeani said parking of heavy-duty vehicles and selling by the road side have led to serious accidents, especially at night, and said that the exercise should be extended to other roads in the State.