The Managing Director and Chief Executive Officer, Anambra State Road Traffic Management Agency (ARTMA), Mr Pat Chiezugo Obiefuna, has again been honoured and inducted into the Council of Fellows of the Institute of Human and Natural Resources (IHNR).

This is coming barely three weeks after a group, “Most Pretty Queen Nigeria”, honoured him with an Excellent Achiever Award.

The ceremony was performed at ARTMA Headquarters, Awka, by the representative of the Institute of Human and Natural Resources and Coordinator of the South-South Zone, Dr Munonye, Osondu Mills. 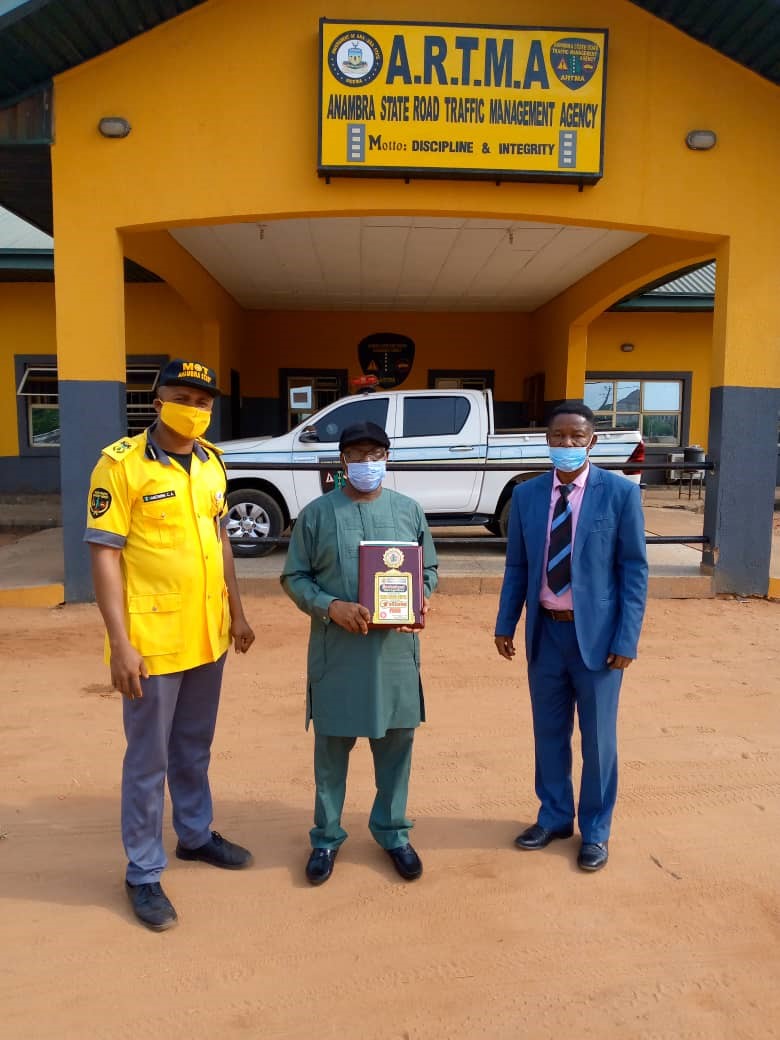 Dr Munonye explained the process of selecting inductees and awardees by the Institute as a very rigorous and lengthy process which took the Institute over six months after nomination to arrive at the choice of Mr Pat Obiefuna.

He presented a certificate of induction and an award plaque from the Institute to the ARTMA boss to mark the event.

Dr Munonye further congratulated Mr Obiefuna for his track records, achievements and innovations and said the Institute had been following him with keen interest.

He also affirmed that the Institute had gone through the profile and records of Mr Obiefuna back in his days as MD/Superintendent General, OCHA Brigade, and now MD/CEO, ARTMA, and had decided to honour him  for his numerous achievements, vis-à-vis his management style, skills and innovations.

Dr Munonye thereafter, urged him to sustain the good work, noting that the Institute was happy to have him in their fold. He described Mr Obiefuna as a man with a humane heart and cheerful disposition.

According to Dr Munonye, the Institute of Human and Natural Resources (IHNR) which had been in existence for over twenty years, had its headquarters in Abuja.

‘It is a research- based Institute whose priority is to research into abundant human and natural resources in the country and tap into the opportunity in them to make life better. With this award, Mr Obiefuna is now entitled to add FHNR after his name,’ he said.