The governor of Anambra State, Chief Willie Obiano, has dispelled rumours that one of the three flyovers he built and named Legacy Projects, was collapsing.

The flyover is located along the Enugu-Onitsha Expressway in Awka, Anambra State.

The State Commissioner for Works, Marcel Ifejiofor, who represented the governor during a Thursday morning inspection tour, said the Aroma flyover was strong and safe, contrary to what he termed insinuations and scaremongering on social media that the bridge was collapsing. 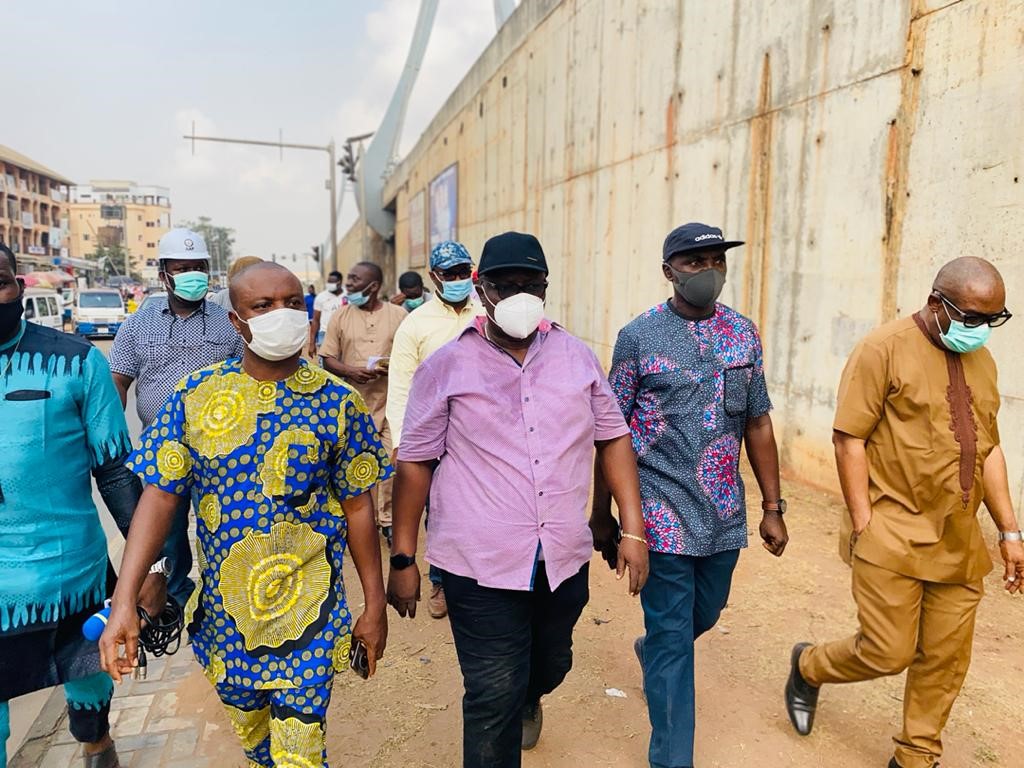 Ifejiofor, who took journalists around the bridge, stated that the alleged crack being posted around that the bridge was collapsing had nothing to do with the integrity of the bridge, as it remained solid.

‘The gap on the side embankment on the Enugu approach which has made scaremongers to shout, was added following an accident involving a big lorry on the Kwata Bridge.

‘The Aroma Bridge was built to global standard and the expansion is an intrinsic part of bridge construction and does not indicate a crack.

‘The three flyover bridges at Aroma, Kwata and Amawbia, which were awarded in 2014 and 2015, are safe; not to mention the fifteen other bridges built across the state by the Obiano Administration.

‘Our projects are built to last. People are questioning why we put a barricade to stop heavy duty vehicles plying it, but we know why. It’s a hilly area, and we don’t want articulated vehicles losing their brakes while plying them. We are very well aware of what we did there,’ Ifejiofor said.

The Commissioner assured Anambra people of the commitment of Governor Obiano to the safety of lives at all times.

Earlier, the Construction Manager of IDC, Yousssef Zghaib, who handled the project, said the embankment and the bridge were separate units and assured that there was no cause for alarm.