Are We Losing It?

The Igbo people, east of the Niger, have always been known as sensible, clever; even wise. They are imbued with business acumen and can turn a desert into a river. They are industrious and adventurous. You can find them anywhere you go, so much so that even the known Igbo hater, President Muhammadu Buhari, acknowledged this when he visited Imo State last week.

They also love education and in the early days communities had been known to contribute money to send promising young men abroad to acquire the White Man’s education. The Igbo abhor violence and just want to be left free to do their business.

However, what is happening these days right inside Igbo heartland is rubbishing the above perceptions/traits of Ndigbo and this is no thanks to the continued activities of those masquerading as members of the Indigenous People of Biafra, IPOB. 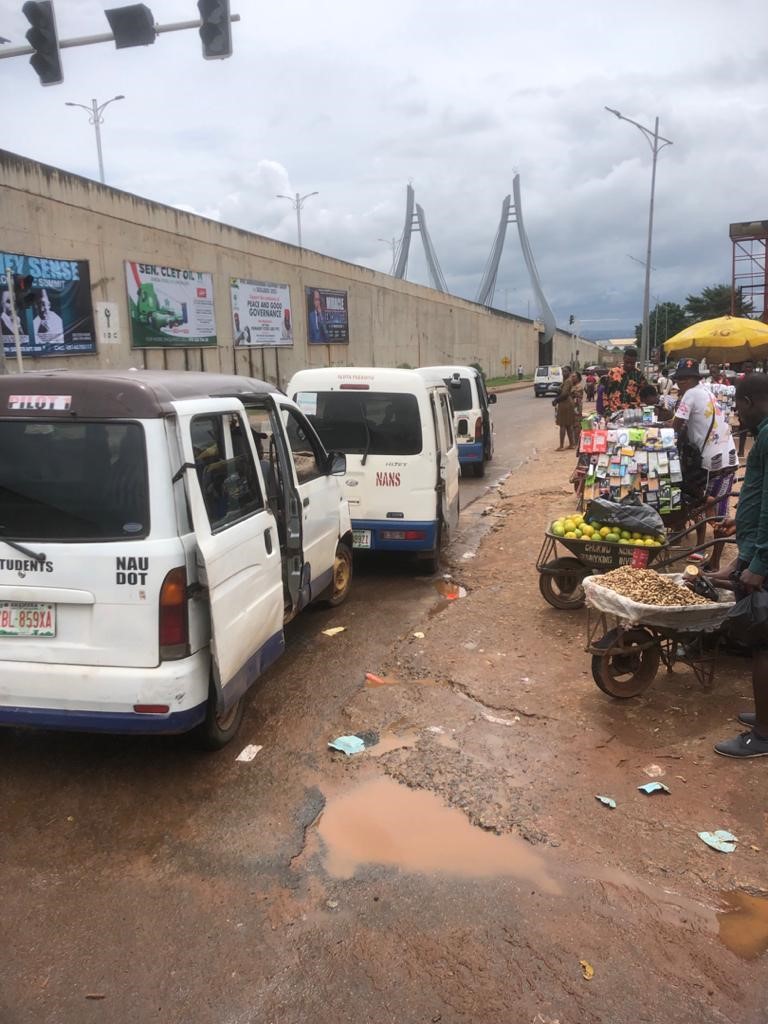 A scene at Aroma Junction last Monday during the sit-at-home. The next day witnessed near zero traffic

This group of pro-Biafra agitators had declared about five weeks ago that every Monday of every week would be observed as a sit-at-home across the Southeast in protest over the arrest and detention of its leader, Nnamdi Kanu, by the Nigerian Government. However, rather than allow people the freedom to either observe it or not, they have been forcing everyone to comply through brute force and threats.

Indeed, many have been killed or maimed, while their vehicles and property were set ablaze. Despite the later announcement by the IPOB hierarchy that the sit-at-home had been suspended and would only be observed on days Kanu appeared in court, the intimidation and harassment have continued across the Southeast Region, giving credence to the assertion in some quarters that IPOB has created a monster it can no longer control.

Last Tuesday which IPOB had mapped out as a day of remembering its members killed in the cause of its struggle, a keke operator had his vehicle burnt in Awka, while a commercial bus was burnt in Nanka by those believed to be IPOB members enforcing the sit-at-home.

Back in Anambra, a priest was attacked in Anaocha while arranging for WAEC. Yet his efforts yielded no fruit as the students still missed the exam. And what was the paper? English Language. Recall that earlier the students had missed taking Mathematics because of the sit-at-home. Now, what will be the fate of these students after missing these two all important papers?

Who could have believed that a man with Igbo blood in his veins would waylay those going about their lawful duties and kill them just because he wants to ensure they join him in wasting precious time at home? I’m sure few would have seen these things unfolding but they are right before us.

What is happening now is not what Ndigbo are known for. The Igbos I know are peace loving, they work hard, they are not idle, they toil for their living and are proud doing so. But what we see today are animals parading as Ndigbo. They are those who have wasted their lives and are worth nothing. Their main aim now is to drag others down into their abyss of nothingness.

Last Tuesday a statement credited to IPOB warned those enforcing the sit-at-home to desist from such as they had since suspended it. But to me that was coming late in the day. When anyone unleashes caged wild animals on the streets, such a person should know that getting them back in the cage will be well-nigh impossible.

When some people were attacking prisons, freeing hardened criminals and arming them, did they not know the future implications? A criminal will remain a criminal. When an adult criminal escapes from jail and finds nothing to do to earn legitimate living, what does he do? He reverts to crime.

Those released from the various prisons in the Southeast fall into this category. They have seen the guns in their hands as their meal ticket and will continue using them, period! They could even brand anyone asking them to lay down their arms as a saboteur.

For now, the only way to stop this madness is to use counter force as that is the only language such people understand. Criminals are now parading everywhere very conveniently as unknown gunmen. In fact this is the best time to kill anyone as it will be attributed to the action of the unknown gunman. And this is what we have brought upon ourselves because we have refused to listen to advice.

In all we do, what should be paramount is what it will lead to. If there is nothing to gain from any exercise, why do it? There’s no way sitting at home will affect Buhari so long as it is only in Igbo Land. This is why we should wake up and stop being misled by those who cannot see beyond their noses.

They warned Buhari not to come to Owerri but he not only came but held a town hall meeting. The over five thousand people who came to receive him came and left peacefully. It does not matter if they were hired. Nothing was done to them. They were not stopped. What IPOB did was to later attack people elsewhere.

In case some people are still feigning ignorance, no amount of sitting at home will grant us Biafra or make them release Kanu unless and until they feel like doing so. This is so because sitting at home by Southeasterners will in no way affect the Federal Government. Persisting in doing so is tantamount to a man taking poison and expecting his enemy to die. That is crass foolishness which our people are not known for.

Last Monday, Anambra governor, Willie Obiano, moved round the capital city to monitor the level of compliance with his directive to markets and banks. He had earlier warned that banks that failed to open last Monday would be sealed; while also threatening to change market leaders whose markets did not open.

But his directive had been hotly debated by many people in the state who accused him of not providing the enablement for people to shun the IPOB directive. For instance, they wondered how people who live outside Awka would be coming to work when government had not provided security and vehicles. They pointed at those who had been killed earlier and asked what the government had done to track the killers.

No one would blame those asking these questions. Life has no duplicate and once anyone dies, that’s it. No amount of crying or compensation can return the person to life.

This is why Obiano’s directive failed on the next day, Tuesday, which IPOB dedicated as a day of mourning their people who died for the cause. If anything, the sit-at-home that Tuesday appeared to be the best observed, with little or no vehicular movement. Banks did not fully open and commercial vehicles were hardly seen. Some people who ventured out were chased back by touts.

I did not see much of police presence as I drove to work. It was this lack of enough presence that made it possible for some hoodlums to burn a bus in Nanka, just as they burnt a tricycle in Awka.

For government’s directive to be taken seriously, it must ensure water tight security and ensure free flow of transport. It is not enough to ask workers to come to work when they will see no vehicle to convey them or when they will be attacked on the way.

One person also suggested that for this madness to stop, government has to talk with members of transport unions who constitute the bulk of the members of IPOB. Once government gets them on their side, they can use their own force to counter the intimidation of IPOB’s fanatical supporters when they attempt to attack their buses. A kind of balancing terror.

Too many suggestions, I tell you. But that’s indicative of the dire times we’ve found ourselves in. But what remains the most worrisome aspect is the stupidity of Ndi Igbo in destroying their own and their future.