The Archbishop called on the congregation and the candidates to always allow the Holy Spirit they received to dwelt in them always as God is the way, life and truth, even as he urged them to be true soldiers of Jesus Christ and stand to defend the Christians faith at all times. 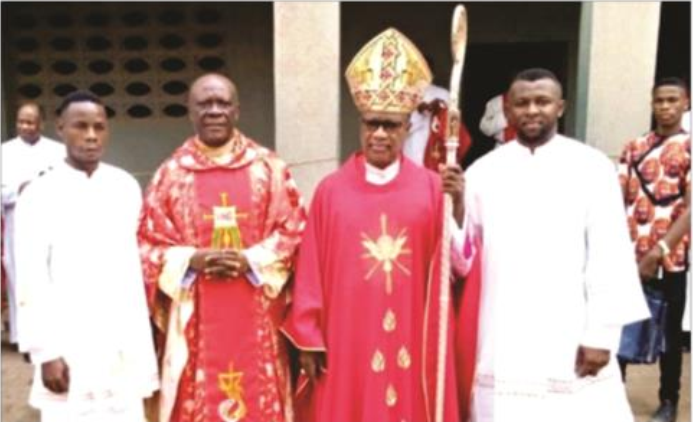 The Catholic Prelate later prayed that the Holy Spirit would descend on Christians as it descended on King David and later extolled both the Parish Priest for his developmental stride and Parishioners for being supportive.

Father Odukwe further congratulated him for attaining twenty years as Archbishop and wished him long life as he shepherds his flocks.

Presenting a welcome address on behalf of the Parish the Secretary Parish Council, Lady Nneka Nwachukwu thanked God for the life of Archbishop Okeke which according to them is full of gratitude, charitable and achievements and later extolled him for transforming the Onitsha Archdiocese.