115 persons have been inaugurated/inducted as agents of the Anti-Piracy Society of Nigeria, APSON. 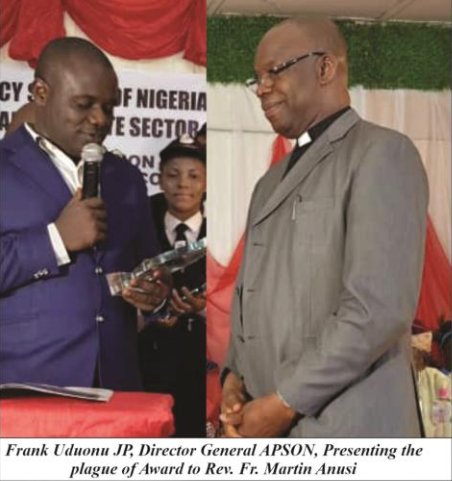 The Director General of APSON, Mr Frank Uduonu JP, during his opening speech, explained that APSON was a non governmental organization with a mission and mandate to make an effective, substantial and enduring contribution to Nigeria’s effort in combating counterfeiting and piracy through value  reorientation trainings, information sharing and awareness campaigns on consumer goods and services.

He noted that APSON had partnership with tarbt, an innovative team that developed an App that will enable people track fakery and fake products.

He explained that this Tarbt App was very accessible and easy to use for all Mobile phone users.

Mr Uduonu, announced that for the year 2022, APSON was set to begin presentation of awards to establishments and companies free of any form of piracy as well as to individuals who contributions help in this regard.

He thanked all present and formally welcomed new members.

In his speech of welcome, the Chairman of the event, Rev Fr Dr Martin Anusi (Fides Media Director) noted that the mandate of APSON was both a profession and a vocation, explaining that God does not descend from heaven to control the affairs of men, rather he uses men and women. He noted that God was the origin and sustainer of genuineness and authenticity. 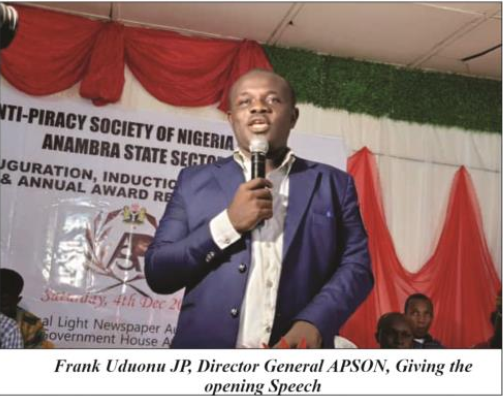 In a special way, he commended the DG of APSON for his doggedness to ensure originality and creativity, and charged all to become messengers of originality and authenticity.

Representatives of Zone 13 of Nigeria Police Force and Anambra State Commissioner of Police, Commandant of Federal Road Safety Corps, and Nigeria Civil Defence Corps, among others, were present.

In the same event, APSON, honoured  Fides Media Director, Rev Fr Dr Martin Anusi, with 2021 Most Innovative Clergyman Award. it was an award presented for his innovations in his field and for his creative input in the lives of young people.

Receiving the award, Fr Anusi, who expressed obvious joy, explained that he was not enthused with awards but he was exceptionally delighted to have received this from as Association geered towards originality and creative ingenuity. 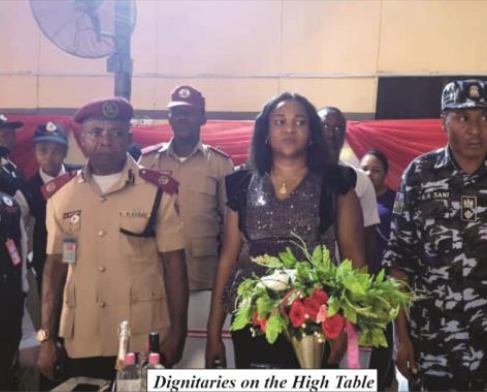 He thanked APSON, for the award and also congratulated the DG of APSON, Mr Frank Uduonu for his doggedness and passion to pursue such great cause.

On behalf of Producers and Manufacturers in Anambra State, Mr Ali Barnabas Izuchukwu, The CEO ALIBAN DE GREAT IND. NIG. LIMITED, projected his profund gratitude to the association for standing in the gap for manufacturers’ creative ingenuity which, according to him, had been messed up by piracy. 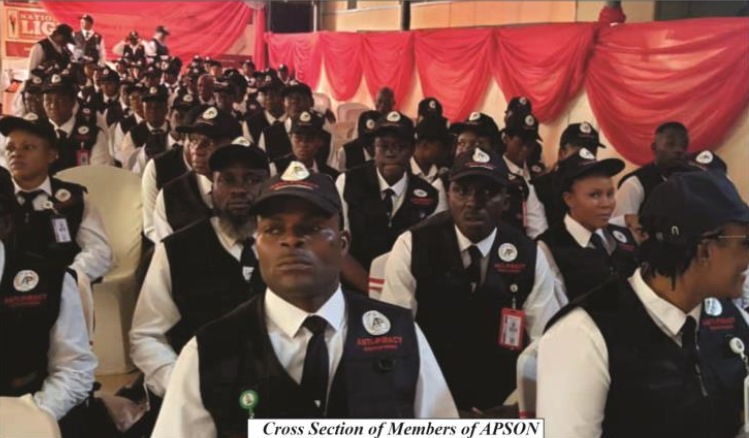 He pledged his continuous support to the association.

Other people were presented with awards for their excellent service to the society.