The price of success is hard work, dedication to the job at hand, and the determination that whether we win or lose, we have applied the best of ourselves to the task at hand.’ Vince Lombardi

The above quote aptly describes the exploits of Major General Shuiabu Ibrahim, the director-general of the National Youth Service Corps (NYSC). A lot might have been said about the recent innovations at the NYSC; however, not enough credit has been given to that man, who has demonstrated an unalloyed commitment in service to the country.

He has exemplified hard work and devotion. He brought to bear his experiences as a scholar and administrator, little wonder he was able to implement policies that positioned the NYSC into that viable institution to fulfil its mandate.

I recall when he assumed leadership of the scheme, not many knew much about him, and they thought it was going to be business as usual. But little did they know that the NYSC was about to experience rapid transformation into that hub for the actualization of dreams for our teeming youths.

Under the leadership of Major General Shuaibu Ibrahim, the NYSC was able to introduce a mechanism that reduced issues of fake results drastically. We all know that the issue of students presenting fake results was almost a pandemic.

It was so rampant that it brought phenomenal embarrassment to the country. We were regaled with tales of our supposed corps members who could not compose simple grammatical sentence.

Some didn’t even know the meaning of the NYSC. It was that bad. Today that is history as stringent measures have been instituted to ensure that those with fake results or unqualified do not get enrolled in the NYSC scheme. Instead, we are laced with innovations from corps members towards nation-building.

Another critical aspect of the leadership of Major General Ibrahim, amongst others is the role of corps members in the electoral processes in Nigeria. A vivid example was the recently conducted gubernatorial elections in Anambra State. It is on record that the DG was physically present in the state and toured almost all local government areas inspecting the conduct of corps members.

He not only inspected their activities, one could see a bond between the corps members and the DG. This bond bears a semblance of a father and son/daughter relationship.

That is the mood in the NYSC today, where corps members see the DG as not the DG but as a role model. His penchant for work resonates with every corps member, which has increased the productivity level of corps members in their various places of primary assignment. 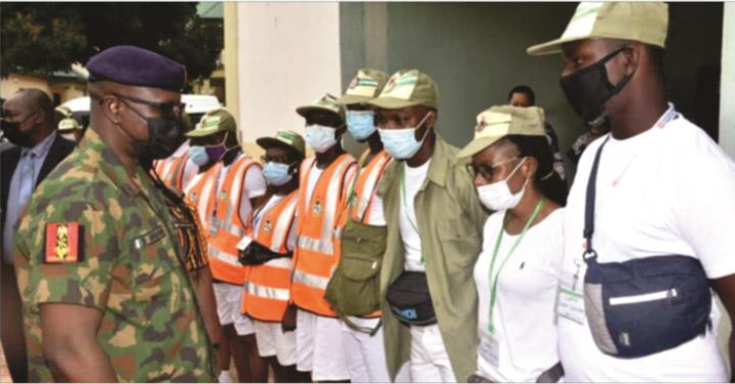 The staffers of the scheme are also not left out. They would readily tell you that it’s a new dawn at the NYSC since Major General Ibrahim’s coming.

Some attributed this to the fact that he has had an earlier stint as a military assistant to a former DG as a young officer. And it was easy for him to understand those issues that needed to be addressed to reposition the NYSC.

My summation of Major General Shuiabu Ibrahim is when intelligence meets hard work. Some might not realize that beyond wearing the rank of a Major General, the DG is also a professor of military history. At a time in his brilliant career, he headed the History and War studies department in the Nigerian Defence Academy.

Major General Shuaibu Ibrahim is also a testament that the country indeed recognizes and rewards hard work with his recent elevation to the rank of a Major General. It is instructive to mention that he was a Brigadier General when he resumed at the NYSC. And the elevation to the prestigious rank didn’t come as a surprise to many who are conversant with his style as a scholar and administrator par excellence, and one who sees what others do not see, and who thinks outside the box in solving problems. 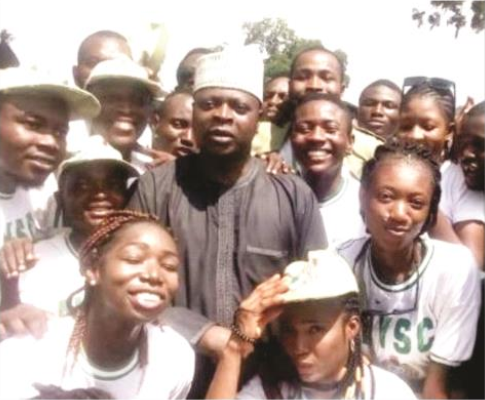 A good example is the proposed NYSC Trust Fund that recently passed the first reading in the House of Representatives.

In mooting the idea for the NYSC Trust Fund, it was gathered that the objective was to ensure that corps members are availed the required funds to translate their business ideas into reality.

If we must admit, youth unemployment remains one issue that requires all the necessary attention it deserves. And here we have a man who has looked beyond what the NYSC holds for hundreds of thousands of youths that passes through the scheme yearly to thinking of how to harness their potentials even after they complete their service year.

The likes of Major General Shuiabu Ibrahim are exemplary in their conduct hence the carnival-like atmosphere when news filtered in that the DG has been decorated with the rank of a Major General. The mood was electrifying at the various NYSC offices across the country. Staff and corps members were joyous and sang his praises to the high heavens. The display of love by all and sundry are signs that indeed merit and hard work has no religion or tribe. It’s a friend to all. 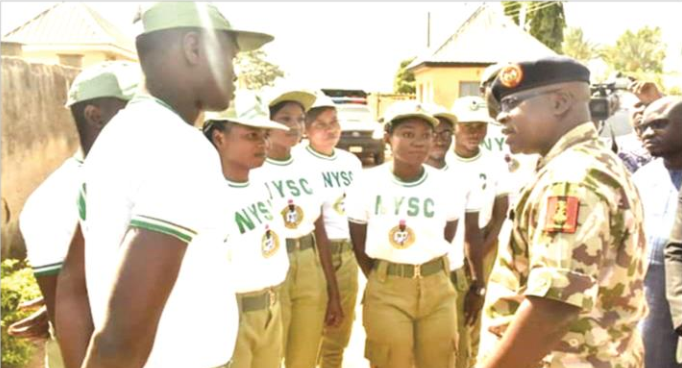 For Major General Shuiabu Ibrahim, the price of success is hard work, dedication to the job, and the determination that whether we win or lose, we have applied the best of ourselves to the task at hand. I salute this exceptional Nigerian who has redefined leadership.

Article written by Akintunde, a public affairs analyst based in Ado-Ekiti, edited by Adejumoke Alebiosu of Fides Media