The Metropolitan of Onitsha Archdiocese, Most Rev Valerian Okeke has given secondary students the five Ps recipe of success. The Archbishop said this in his homily during the Holy Mass to mark his visit to the Science and Technical College Alor Anambra state penultimate week.

Archbishop Okeke advised students to live the lives of discipline without prompting. He also advised them not just to dream dreams, but to be pragmatic about it by trying at all times to reduce their dreams to achievable goals through what he called five principles of planning, projection, practice, perseverance and prayers. 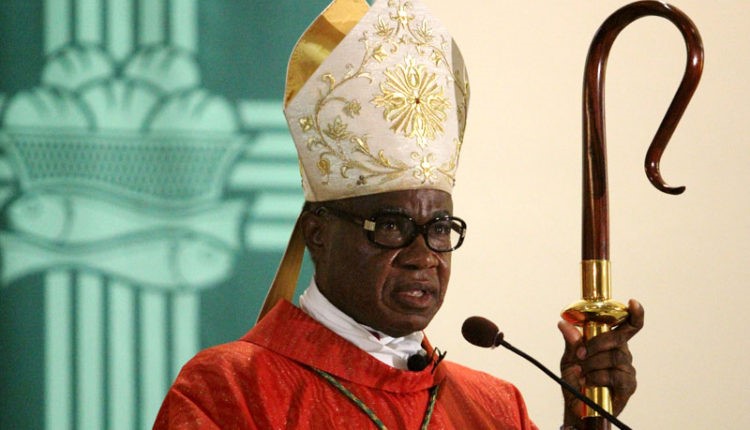 Also during the event, the students of Alor Science and Technical College told the vice-presidential candidate of the Peoples Democratic Party (PDP), Mr. Peter Obi, that the students and people of Anambra State would never forget him. They cited what he did in Anambra State when he was the governor, especially the revolution he led in the education sector, among the reasons.The students spoke through their representative, Master Alaoma Somtochukwu.

Samuel Otubah said the school was also grateful to Dr. Chris Ngige who, according to him, converted the school to a science and technical school in 2004.

On the return of school to the Church, he said it was the most landmark decision of Obi in 2010. In his words: Okwute Ndigbo made a landmark decision the previous governments lacked the will to take. He waded into the problems facing schools in the area of provision, renovation, and reconstruction of mindset and motivation of teachers.Besides the 35 million Naira Mr Peter Obi gave to them for infrastructural improvement, Mr. Samuel said it was through him that the school constructed a gigantic building housing eight classrooms, the sickbay, the school canteen and library.

Obis Media Adviser, Mr. Valentine Obienyem, said the former governor had remained grateful to the Church for assisting in doing well, those things the government has done badly, such as education and health care delivery. He called for continued collaboration since the people of the state are the ultimate beneficiaries.

The Manager of the school, Rev. Fr. Dr. Francis Unegbu, assured that the school would remain faithful to its commitment to delivering sound education backed with ennobling morals. Over 30 priests and other dignitaries attended the event.