The event, according to the organizers, for the first time brought together all the student leaders in the state under same roof to discuss why Anambra needed continuity.

Speaking at the event, the Chief Press Secretary to the Anambra State Government, Mr James Eze, lauded the capacity of the leadership of the forum for putting together such an event of great importance and value.

He admonished student leaders to disregard the various moves by those he described as opposition parties in the state to discredit the efforts of the APGA-led government, stating that the soon to be completed international airport in Umueri was a flagship project of the current APGA government. 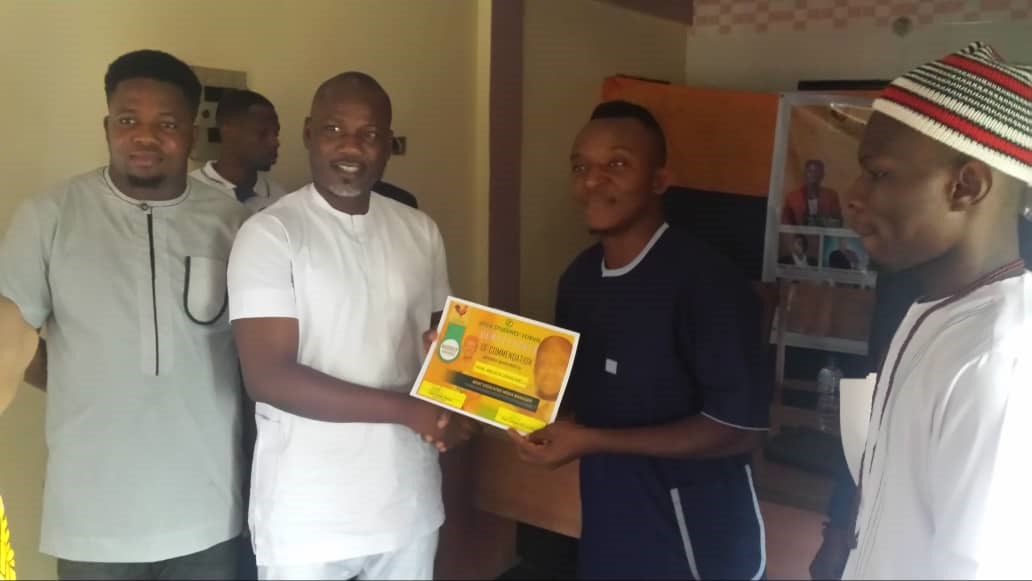 Hon Eze disclosed that the airport when completed would generate many direct and indirect jobs among other capital projects as the Awka City Stadium, the international conference centre and many more. He added that APGA had done very well and deserved to continue.

‘APGA has set a standard and developed a blueprint for consistent development in Anambra,’ Eze stated.

Addressing the participants, a governorship aspirant under APGA and the member representing Nnewi North State Constituency, Hon. Smart Okafor, stated that the need for the continuity of APGA government in the state could not be overemphasized.

He argued that looking at the historical antecedents of Nigeria, smooth transition had never been possible when it came to handing over power to another party as the new party would try everything possible to discredit the past administration and that would result in abandonment of projects of economic and social importance initiated by the previous administration.

He pointed out that Anambra needed the continuity of APGA government to consolidate, continue and improve on what he described as the good works and gigantic leadership feats of the incumbent governor, Chief Dr. Willie Obiano.

‘Giving Anambra to another party will mean to halt to all the projects initiated by the APGA led Government,’ Okafor said.

For his part, the State Auditor General of APGA, Hon. Nchekwube Dunga, acknowledged that the Governor had performed so well that there was no debate of whether APGA would continue after the November 6 elections. According to him, the continuity of APGA in the state was sacrosanct and undebatable.

Earlier, the national student leader of the party, Comr. Gozie Ofonze, enjoined student leaders to fall in line with the developmental blueprint of the party and to take the message of continuity back to their constituents, tasking them to join hands with the government to tackle the security challenges confronting the entire Southeast and to ensure smooth running of governance in the state.

Presenting an award to Abuchi Onwumelu of Fides, the student leaders described him as a thoroughbred professional whose style of journalism had endeared him to the people’s hearts, adding that his efforts and contributions as an agenda setter were there for all to see.

Responding, Onwumelu thanked the student leaders for singling him out for such award and recognition, promising to maintain the tempo.

Those present included Hon. Lawrence Ezeudu, the Chief Whip of the State House of Assembly.