Welcoming the NUJ Anambra Leadership, the APGA governorship aspirant in the fast approaching November 6, 2021 governorship election in Anambra, appreciated the NUJ Anambra exco for the visit and encouraged them to continue considering the state’s interest above every other sentiment.

He said the success of the Anambra governorship election would rebirth and berth a new dawn in the quest to make the state great, assuring that he would sustain the good works of Governor Willie Obiano if elected as his successor. 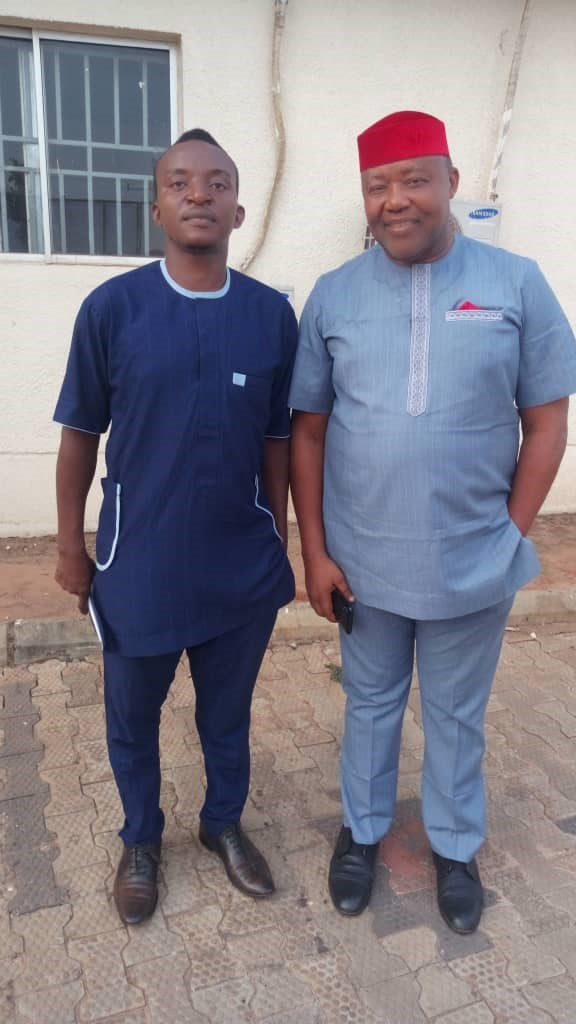 Nze Nwankpo (KSJI) said he would create opportunities that would benefit Anambra families and that his government would boost the media industry, partner with journalists in the state, and invest hugely in the state owned print and electronic media houses, and render massive support to non-state actors.

On the issue of Gov Willie Obiano supporting Soludo, Nze Akachukwu said the governor had the rightto support and promote any of the aspirants who he wished as successor.

He also admitted being aware of some unconfirmed reports making the rounds that there was a commitment in that regard between the two long before now.

‘If I was in any of their shoes I would as a man of principle and honour do what they are doing.

‘But the matter is not entirely about the two. It’s about the party and its future, the APGA members, as well as the established electoral laws/guidelines that made provision for an open, transparent party primary to elect the party’s flag bearer. I’m in the race because, with due respect the issue is not entirely in the governor’s control,’ he said.

Nwankpo urged the people not to push the governor into going out of his way to play God. Because I’m sure that he does not in any way confuse himself with God.

‘At the last count we have more than five other aspirants and I know that if the report making the rounds is anything to go by, then no one would bother to waste his resources coming out at all,’ he said, warning that it was the easiest way of destroying the party.

Nwankpo further disclosed that as governor, he was not going to borrow any foreign loan to avoid hurting the economy.

Speaking on the essence of the visit, the State Chairman of NUJ, Sir Emma Ifesinachi, appraised Nwankpo’s Manifesto, and his political exploits while serving under ex-President Goodluck Jonathan and reasoned that it was in the interest of the state for all to rally support as strategic partners in Nwankpo’s governorship bid.

He said the Council was happy with Nwankpo’s’rich and people oriented manifesto’ and believed that it would be profound for Ndi Anambra to support Nwankpo’s governorship ambition.

On the rumoured imposition of candidates in the major political parties, the NUJ Chairman kicked against such, describing it as undemocratic and repugnant to natural justice.

He announced that the journalists in the state would monitor thoroughly all the processes leading to the guber polls and report the events accordingly, even as he urged all governorship aspirants in various political parties to make themselves available for the rigours of primary elections to enable members of the party to participate in the process of selecting the best candidates.

He pledged to partner Nwankpo in marketing his manifesto ahead of the 2021 gubernatorial election.

He also promised that the Union would do continuous profiling of the aspirants through their respective platforms as part of their corporate goals of promoting good governance and ensuring collective growth of the state.