In the seventies, playing against North African sides was always hell. And among the top North African sides then was Egypt. They had a famous club side known as Mehalla. At that time too, our own Rangers International Football Club of Enugu was an all-conquering side; at least in the local league.

Yet, when they squared up against the Egyptians in the semi-final of the competition, there were palpable fears that Rangers would be no match for the wizardry of North African teams as exemplified by Mehalla of Egypt. 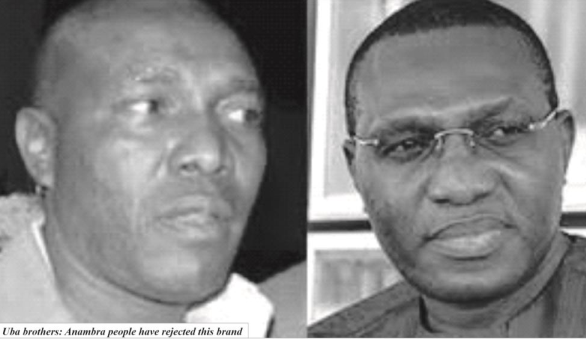 Indeed, playing against North African sides then was like playing against 15 players instead of eleven. It just happened that teams from that region had more technical and tactical awareness at the time.

When Rangers went for the first leg in Egypt, those fears were confirmed. Our almighty Rangers were trailing 3-0 until a late Ogidi Ibeabuchi goal made it 3-1, a result that many refused to believe.

Soon, tales had it that the Egyptians had a strong juju that made the ball look like three balls whenever a shot was taken against the legendary Emmanuel Okala in goal. This at least made it easier for those who deified Rangers to swallow the defeat.

But in the second leg in Enugu, Rangers showed the Igbo spirit which made them do the near impossible: they beat Mehalla 3-0 to progress to the final on 4-1 aggregate. It was after this that the coinage, ”Mehalla saw Wahala”, was born.

Last Tuesday, the Anambra State governorship election was concluded after results of the supplementary poll in Ihiala were released, with Prof Chukwuma Soludo being declared the undisputed winner.

It was an election in which the almighty All Progressives Congress, APC, went the Mehalla way: they saw wahala!

As the ruling party at the centre which is notorious for its political abracadabra, there was always the fear that the party planned to hijack Anambra State as they did Imo where a man who came fourth eventually emerged the winner through a kangaroo court judgement.

The boasts of the APC in the months leading to the Anambra election did nothing to assuage those fears. The fears became worse when APC went on a shopping spree; picking off members of opposing parties like falcons do to chicks and lizards. Matters came to a head when the state deputy governor also joined the ”Zion Train” and crossed over to APC.

To discerning folks, those cross overs were ominous. They saw them as a ploy by APC to make Nigerians outside Anambra see APC as very popular so that when they did what they planned, those outside the state would point to the mass defections and say they knew APC would win.

There was also the denominational angle played by the APC. Somehow, our Anglican brothers suddenly woke up with the clarion call to their brethren that the Catholic ”domination”’ must end. What however rankled in all this were the very nauseating lies they cooked up against the Catholic Church.

Some of the lies include the Anambra State Government of Willie Obiano, a Catholic, discriminating against Anglicans and those of other faiths in the recruitment of civil servants. One of such lies even had it that about a hundred people were recruited into the civil service, with all of them being Catholics.

Indeed, they were saying that people were asked to declare their religious denomination before they could be employed or even promoted.

The bare-faced nature of these lies was indeed shocking, for how possible is it that civil servants could be recruited without slots being given to top officials, some of who belong to other faiths?

But the purveyors of such black lies were unrelenting in their desperation to ”drive out” the Catholic Church from the seat of government.

A friend told me how some non-Catholics at Onitsha Man Market were openly declaring that it was dangerous to vote for either Soludo or Val Ozigbo, whom they accused of all manner of evil because of their religious faith.

According to my friend, when he reminded them about the antecedents of their candidate, Andy Uba, and the role he played in the Anambra Mayhem of 2004, they said it was nothing compared to the evil of the Catholic Church in Anambra State.

It was so, so nauseating.

What all this however did in the end was to fire up the people and rekindle in them the famous Igbo spirit of protecting their own, especially against the party with Hausa-Fulani background.

Thus on the election days the people demonstrated their power and rejected the candidate of those who wanted to divide the people and desecrate their land. Thus, despite all the money they spent, APC could not win a single local government, coming a distant third.

Let me at this point condemn the brand of politics played by APC. Rather than tackle issues of importance, they were busy poaching members of other parties in a bid to actualize their agenda. It did not matter to them that those people they were buying had little or no electoral value in their wards. But those people must be laughing at the folly of APC in enriching them for doing nothing. It gives me pain that I did not join in the bazaar, but maybe next time I’ll be the first to cross over. But back to serious business.

Andy Uba proved he never learnt from his humbling experience in the 2007 governorship election in the state. Then, Uba had spent the kind of money never seen in these parts. Strong candidates of the leading parties were made to be disqualified by the Independent National Electoral Commission, INEC; leaving only those too weak to challenge Uba who thereafter strolled to the Government House. Recall that then even the incumbent, Peter Obi, was stopped from contesting.

But fate dealt Uba what many thought was a mortal blow when he was sacked by the Supreme Court after just 17 days in office. His election was declared a nullity since it should not have held. This enabled Obi to continue and complete his disrupted term and then run for the next election in 2010.

But Uba had kept fighting for the number one seat and failing. In between that time he contested for senate and won. But still not satisfied with that, he came again, this time in full force, and tried to blow everyone and everything away. The people stopped him dead in his tracks.

Many people who voted wanted anyone but Uba. His unsavoury antecedents shone like a neon sign ahead of him and it was really a wonder how anyone in that party could have chosen him to challenge those with clean pasts. Perhaps that was a way God wanted to save Anambra from the clutches of wolves and Fulani takeover of the state.

APC played God. They thought it was all about money. They made noise. They boasted. They raved. They ranted. But at the end of the day, they succumbed to people’s power. I tell you, even if Soludo was not there, any of the other candidates would have been chosen by the people over APC’s candidate.

Choosing APC’s candidate would have been like going back to the past. The Uba Brand has been a terrible one since the Anambra Mayhem of 2004. It has been a brand many people wanted to run away from. Yet, 17 years after the mayhem, the APC thought they could force that brand down the throats of Anambra people.

The choice of Uba over the likes of George Muoghalu showed that APC never really wanted to win. But perhaps, Muoghalu, being a Catholic, did not fit into the other agenda pushed by APC which was religion.

Religious politics is not a good thing and I’ve always wanted to avoid it. If the purveyors of religious politics in Anambra can tell themselves the truth, they will find out that the best candidates since the days of Obi have always won. If the Catholic Church keeps bringing out sellable candidates and the Anglicans keep recycling the likes of Uba, how on earth do they ever hope to turn the tables? So rather than point accusing fingers at anyone for denying them the opportunity of governing the state, they should direct the fingers to themselves.

Their attempt to heat up the polity by crying foul over religion was disgusting and it is something that may cost them more in the future.

For now, like the famous Mehalla of Egypt, they are wallowing in their wahala and it is all their fault.