Anambra State Elders’ Council has decried the worsening insecurity in the state, while also condemning the incessant crimes by young and unknown persons.

In a meeting of the council which held at the Governor’s Lodge, Awka, the Council which consists of eminent personalities, said empowerment of youths could stem youth involvement in crimes.

The council enjoined traditional rulers and presidents-general of communities and other stakeholders to ensure their youths imbibed the right values and avoid destructive vices like violence and drug abuse. 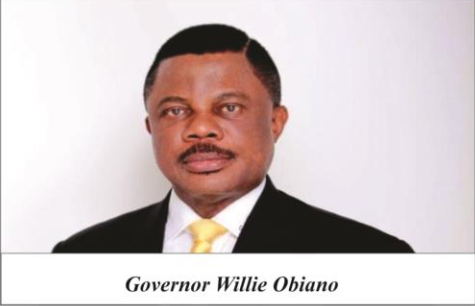 A communiqué drawn from the meeting was signed by the chairman of the Council, former Commonwealth Secretary-General, Chief Emeka Anyaoku, and the Secretary to the State Government (SSG), Prof. Solo Chukwulobelu.

The communique read in part: “The Council after an in-depth deliberation of the current security challenges to address the increasing security crisis in the state, advice that traditional rulers of various communities and president’s-general, as well as religious leaders and all the stakeholders, should ensure that the youth imbibe the right values in order to avoid destructive vices like violence and drug abuse.”

“The meeting acknowledged that the Citizens of Anambra State successfully and transparently voted in the gubernatorial elections held on November 6, 2021.

“It also congratulated the state government, the Independent National Electoral Commission, the law-enforcement agencies, and all those organisations and citizens who combined to ensure that the results of the election reflected the wishes of the citizens of the state.

”It noted that to have won with such overwhelming number of votes in 19 of the 21 local government areas of the state was a clear and undisputable endorsement by the people of the state.”

On the forthcoming change of baton, the Council commended Gov. Obiano for his various legacy projects.

”Reflecting on the prospective change of baton at the apex of the state governance on March 17, the Council welcomed the fact that the state will be passing from an administration that is leaving behind it an admirable legacy, to a new dawn that is pregnant with great expectations and high hopes that the development of the state and the welfare of the citizens will be taken to the next level by the incoming administration of Prof. Soludo.”