And to My Friend, Jagaban

Last Monday, my friend and former colleague, Hon Ezekiel Nwokoye, was appointed a senior special assistant on political matters to Gov Chukwuma Soludo. We served at same time as elected councillors way back in 2014.

This is giving a shout out to him as he turns another corner in his political career.

Nwokoye is a man recognized in every aspect of political activities in the state. An Umueze Amawbia indigene, a loyalist who is eager to serve immensely to the growth of the state. 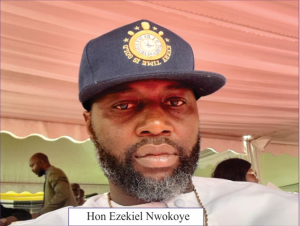 A statesman whose services have touched the lives of many, especially the youths.

And was an APGA youth spokesperson. All hail, Hon Nwokoye, the Jagaban.