And the Tomfoolery Continues

Years ago, precisely on December 26, 2008, one of my kinsmen who was a Biafra activist under the aegis of Movement for the Actualization of a Sovereign State of Biafra (MASSOB), visited me. His mission? He came to tell me to join the Biafra struggle so that I could be given a big rank in the soon-to-be-formed government of Biafra.

He said the reason he had come to tell me this was because he loved me. And he wasn’t finished yet. He said that the then President of America, George Bush, would land four days later (December 31) at Uga to declare Biafra!

I was stupefied, to say the least. I asked him if he was joking or if he really believed what he was telling me. He said he was dead serious. I then told him that Bush would never come and that Biafra was never going to be declared. He left my house, disappointed.

That was 13 years ago. Within that time and now, a lot has happened. First, Bush never came. My kinsman has long died. MASSOB has since evaporated and replaced by the Indigenous People of Biafra, IPOB, and, above all, Biafra is yet to be actualized or declared. 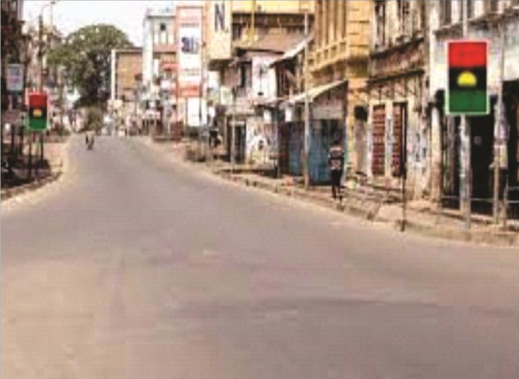 Fast track to this day and hear yet another balderdash from the brainwashed fellows howling like excited hyenas at the moment. Some weeks ago as Kanu was set to appear in court, they told a story to the effect that Kanu would be released at the next court appearance because warships of friendly nations had already lined up at one of the country’s shores, waiting to attack Nigeria if Kanu was not released at that coming court appearance. Well, the day came and Kanu was not released. No warships struck and Kanu is still in jail.

I’ve elected to give the above examples to show the gullibility of the majority of those at the forefront of the current agitation for Biafra. They are people who have become so brainwashed that they can believe anything as long as it suits their fancy. But that kind of mindset has made them very dangerous as they can easily carry out any order against the so-called enemies of their cause.

That’s why we have come to read about the attacks carried out on people who ”flout” the Monday sit-at-home strikes even long after such had been suspended by the leadership of IPOB, while the IPOB leadership watches helplessly; unable to rein in the monster it created against good advice.

And so last Wednesday, many states of the Southeast Zone of the country witnessed another lockdown because it fell on a day Kanu was supposed to appear in court again. The streets and roads were deserted. Many businesses closed and many active people were forced to stay indoors and do nothing, regardless of whether they support the strike or not. And once more that raised the question of what those behind the forced strike hope to achieve by destabilizing their own land while others thrive.

This is a poser that those behind the forced strike have not been to answer fully except to lamely say that any struggle involves some level of sacrifice. But then of what use is it if we burn our house to show our neighbour that we are not happy with them?  Won’t they be laughing at our foolishness? Of what use is it when we support the sit-at-home from abroad while we go about our own business?

It is good that some people who saw nothing wrong in the sit-at-home are now feeling the pains of their earlier mistake. The other day it was Senator Abaribe who lamented that the South East Zone was losing a lot by the continued sit-at-home strikes.

Like he rightly observed, the economy of the zone is fast deteriorating as many people are moving their businesses outside the zone, while many who would have wanted to invest here are having second thoughts. But I dare say that this is only the beginning.

But while some of us are still appealing for the triumph of sense over emotions, some communities seem to be stoking the fire of this sit-at-home by forcing the closure of their markets, rather than taking steps to encourage their people to come out. I still cannot understand why months after the IPOB leadership washed its hands off the continued sit-at-home strikes, some people and communities are still encouraging it by their actions or inactions.

These people and communities seem to be oblivious of the fact that this has turned to a war between the frustrated elements in our society and those who are hardworking and are successful. I’ve often pointed out that those who wasted their opportunities in life are now trying to drag others down with them. They are people who are looking for opportunities to loot shops in the guise of enforcing sit-at-home or ”punishing offenders”.

There’s no full blooded Igbo man that will wake up every day and be preoccupied with looking for people to shoot and kill in the name of agitation. The average Igbo man is hardworking and has little or no time for things that are useless.

The average Igbo man wakes up each morning and heads to where his business is located. He does not sit in front of shops to guzzle beer early in the morning. But these days, you see able bodied young men drinking beer every morning in front of shops in many communities.

We have unwittingly introduced a foreign element into our land and that is terrorism. Whoever does not see that terrorism has entered our clime will soon wake up and see themselves as victims. We warned against this but our warning was like a lone voice crying in the wilderness.

But the stark reality is that we are about witnessing the Bornu experience. When people wake up and all they think about is attacking and killing security personnel, I don’t know what other name to give them. Some people are still cheering them now because they think they’re not the targets but let them be reminded that there was once a time when the people of Bornu thought they were not the targets. Today, no one is spared in that state and other surrounding states.

If we like, let’s continue encouraging the current situation one way or another; doomsday is not far off and then, as Chinua Achebe pointed out, the falcon will no longer hear the falconer. When this happens, it will lead to the inevitable: things will fall apart.

We have this tendency of joining the crowd to condemn others while not seeing our own part in the matter in hand. Today the case of Super Cop, Abba Kyari, is on the front burner of public discourse, with all manner of responses trailing it. I however came across one piece which I’ve decided to reproduce here. It asks us to pause and ponder and deeply reflect on its message.

You’re shocked that policemen are drug dealers, tailors, etc? Do you know how many are car dealers, real estate moguls selling the property of suspects?

When people who knew what was happening called for a total reform of the Police, leading to #EndSARS, you took it personal and politicised it out of context.

If you get to knew how many innocent men and women who were framed and had their property “stolen” by same police officers; if you knew how many suspects whose wives were raped by policemen claiming that’s the only way their husbands can be released and yet their husbands were murdered.

If you knew how many suspects whose landed property changed ownership under duress.

If you knew how many suspects who were simply murdered in cold blood because they couldn’t raise the humongous amount of money the officers in charge demanded.

Families that have been traumatized beyond what humans can bear. They’re not talking, not because they’re afraid. They’ve lost their voices, and even if they open their mouths, nothing will come out.

Children whose fathers were murdered while they watched. Children whose mothers were desecrated and they were forced to experience such pain. Pains that automatically get ingrained in their DNAs.

Who will investigate the activities of this same IRT in Imo State when they were deployed there to counter the unknown gunmen? If people open up and tell you stories of atrocities we all shied away from because we claim they’re working.

Even as we pretend to be shocked about the present case, innocent Nigerians are daily subjected to all sorts of dehumanisation from people who should protect them.

A friend who was a crime reporter had repeated nervous breakdowns, suffered depression and had to relocate from this country to regain her sanity.

Do you know how many people whose vehicles were impounded in this Lagos because of traffic offenses but the vehicles are nowhere to be seen and the offenders were not charged to court?

Who will open the can of worms on the activities of LATSMA? Or at the GMT?

Weep for ordinary Lagosians without access to Alausa. They see hell every day.

On corruption rating, LASTMA should topple the police by now.

Everybody is looking for an opportunity and power to oppress and depress the next person.

If you knew the high level of suppressed traumas being daily embedded in the social DNA of Nigerians you should be afraid of the monsters we are incubating.

The traumas will be transferred from one generation to another and they will be unleashed on this land.

Blood speaks, innocent blood will continue crying out for revenge.

A land with a bloody foundation being watered daily with blood and sweat can only yield what it has: BLOOD!

We have commonised spilling of human blood and organ harvesting is now a thriving business, human sacrifice is its junior offshoot.

They will NEVER REST!

It is Abba Kyari today…there are bigger pythons than Abba Kyari still moving around and pretending to be saints.

But they will never know peace.