The Anambra State Community and Social Development Agency, ANCSDA, has made a public presentation of its achievements over the last two years in Awka, the Anambra State capital, Tuesday, June 29.

The agency which also awarded nine communities for accountability, availability for monitoring and compliance with projects’ specifications, gave an award to Governor Willie Obiano for his support to the agency in the course of its duties. 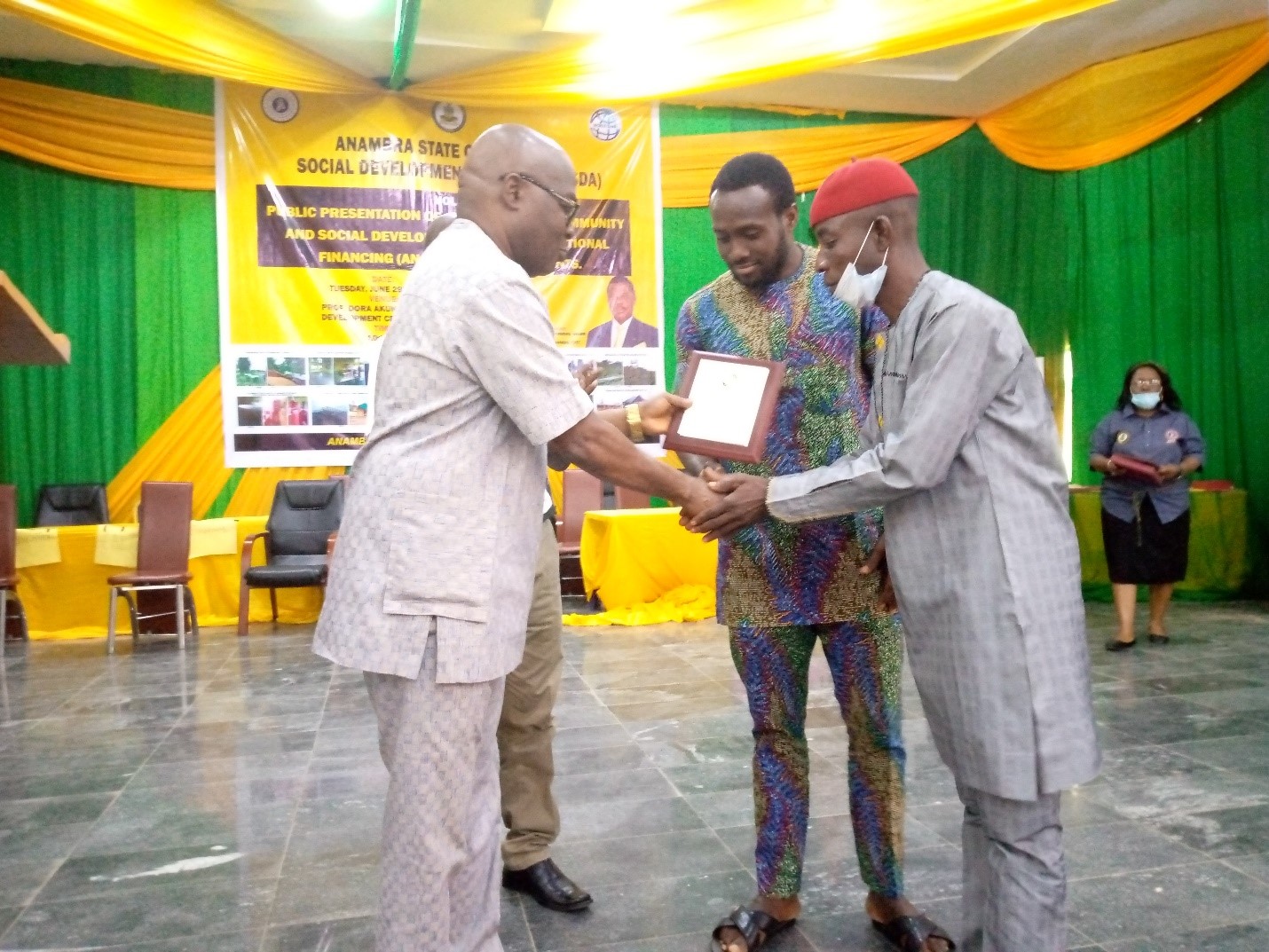 The ANCSDA project was an offshoot of the “Choose Your Community Project”, a progamme which provided communities with N20 million each and assisted by the World Bank. Communities are meant to choose local contractors for the execution of the projects.

The ANCSDA General Manager, in Prof. Okunmadewa’s goodwill message, disclosed that the CSDA was established by law in each of the 36 states of the federation and the Federal Capital Territory, and described them as effective platforms for providing pro-poor service delivery assistance in poor communities across Nigeria.

He described Anambra’s CSDA as one of the exemplary agencies, even though it came to life in the later years, adding that the World Bank was proud of its achievements.

At least, sixty-two communities, according to Mojekwu, and seventeen vulnerable groups, benefitted from a total of 250 completed and functional micro projects carried out by the agency.

Okoye said that the aim was to promote people-centred development interventions that gave Ndi Anambra real voice and choice on how their affairs were determined and administered.

The Commissioner disclosed that the administration had invested over N7 billion in the projects which he described as trail blazing.

Okoye also noted that the beneficiaries were able and willing to contribute about N60 million in cash and in kind as their contribution towards their own development, adding that the governor had done well in providing moral and financial support to the tune of N100 million.

For his part, Igwe Rowland Odegbo, Chairman, Board of Directors of the agency, in an address of welcome, said the agency came into being through an enactment of the State House of Assembly in April 2009, but became functional in the last quarter of 2018.

Igwe Odegbo noted that the first mandate of the agency was to implement the World Bank Assisted Community and Social Development Project – Additional Financing, a project which first phase took off in 2009 without the participation of Anambra State.

He added that communities and groups interventions benefitted about 2 million people directly and indirectly, with 81 permanent jobs and livelihoods created alongside 3,600 direct and indirect temporary jobs.

Gov Obiano who was represented by Harry Udu, Head of Service, commended the agency, as well as the Ministry of Budget, for achieving this feat.