Anambra’s COVID-19 War: We are Happy with Obiano

Last Monday, the social media went viral with the construction of iron gates at the Onitsha Bridge Head and Amansea border by the Anambra State Government. The actions were geared towards curtailing the movement of people into and out of Anambra State amid the COVID-19 pandemic.

Those actions also represented the resolve of the Obiano Administration to protect the state from further spread of the coronavirus.

They were also informed by the failure of the security agencies to safeguard our borders from those intent on breaching the movement restrictions.

Indeed, ever since the nationwide restriction on movement, security agencies have continued to be compromised at the various borders by commercial drivers and private individuals, thus rubbishing the idea behind the border closure.

Indeed, the latest people who tested positive of coronavirus in Anambra State all came in from outside the state; a development that would certainly have been avoided if the security agencies had done what was expected of them.

Thus, probably frustrated by the security lax at our borders, Gov Obiano decided to construct barricades at the borders to make it more difficult for those acting in breach of the movement restrictions.

Besides these efforts, the governor had also wisely decided to loosen the lockdown measures in the state by allowing markets, churches and work to resume. That decision also shows that the state government has a human face and listens to the pulse of the masses.

There is no doubt that had the government not relaxed the lockdown measures, the state would have witnessed protests by the citizenry as was seen in some states during that period.
We know that the state government must have been subjected to some form of pressure from some quarters not to relax the lockdown measures. But being aware that hunger and frustration could cause even more damage, the Obiano Government staved off those pressures to significantly relax the lockdown.

We are happy with the state government for being human in the management of the COVID-19 matter in the state. We are also happy that it set up isolation centres at designated parts of the state, while working hard to establish a testing centre in the state.

We equally commend the government for the management of the index cases so far and the effective contact tracing that followed.

The coronavirus is not something that will disappear immediately as long as new cases are recorded. However, it is not a death sentence. In fact, there are far more deadly diseases than the coronavirus which have been with us for long. Malaria, for instance, is killing more people in the country every year but the country has not shut down because of it. There is also the case of the Human-Immuno Virus (HIV) that is still as potent and deadly as it had been the first time it entered our parts.

Those diseases have however been well managed and life has been going on. We believe that life must also go on at some stage despite the non-availability of the cure for COVID-19. Even the worst hit nations in Europe and America are opening up too. Thus, it is not out of place for us down here to put machinery in place for a return to normal life, while containing and managing to live with COVID-19.

To this end, we wish to commend Gov Obiano on the steps he has been taking so far 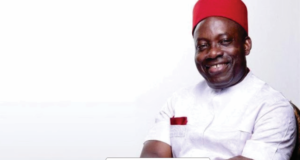 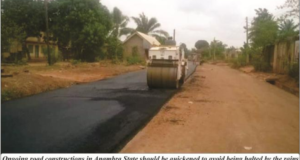 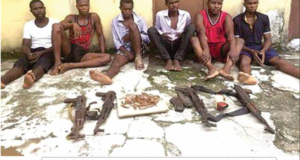