Anambra: the Fear Factor is Back

Has anyone noticed? Ever since the citizens took their destiny in their hands in terms of securing themselves, the major cities of Anambra which had lately been notorious for high level criminality, have suddenly gone quiet.

The cultists are no more killing one another in Awka as before and the spate of robberies in the commercial hubs of Onitsha, Obosi and Nkpor, has reduced significantly. This is all thanks to the decision of some residents and traders in Onitsha and environs to mete out instant jungle justice on any criminal caught. 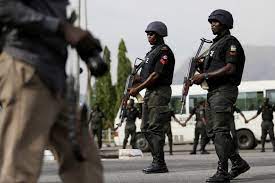 In Awka’s case, the return of a quasi Bakassi outfit has suddenly stopped the criminals and cultists in their tracks. And thus, the citizenry are now believing they can breathe again after being suffocated by unbridled criminality these past few months. Who says that fear is not an almighty humbler of men?

The price to pay for this new peace; even if temporarily, are the ugly sights of burnt criminals here and there in parts of Anambra’s major cities. But what are those sights compared to blissful peace?

It is, indeed, difficult to have pity on those young men whose lives have been snuffed out lately by mob action. They are products of a wasted, lazy generation who shun hard work and discipline. Many of them are people who spurned opportunities to become successful young men earlier on in their lives but chose the easy path that leads to destruction.

Many of them were those sent out by their parents to learn some trade with a view to coming out and being their own bosses. But they either stole their masters blind, occasioning their sack; or they simply ran away to look for easy meals. Having wasted the most productive part of their lives, they now lurk in street corners to rob innocent, hardworking citizens of their hard earned cash and valuables.

Even when they steal big money, it is soon finished in drinking and womanizing sprees and back they return to the streets. You can often determine some of them by the way they dress or even smell. Many of them go about with their trousers sagging, revealing unwashed and smelly boxers.

They spot dreadlocked hair or some other outlandish hair styles and they walk as if something is wedged between their legs. When they pass you, you smell unwashed bodies and you wonder why they can’t even undertake a task as simple and as necessary as a bath.

These are the people who hijack protests and use the opportunities such protests offer to loot and destroy. They hate the successful and nothing gives them much satisfaction as dragging others down with them to their sordid level. They are modern day nihilists.

In the morning, when law abiding, hardworking folks go about their businesses, these hopeless young men are seen drinking at shops and monitoring the movements of their neighbours or those in their streets.

It is not even as if they take good drinks. Often times what they take are local brews like the one we call kaikai. When not taking such, they are smoking weed, taking cocaine or some other concoctions that make them high.

When they rob you, they show no mercy. There was this young man I know in Awka. He ran a boutique which he then newly opened. He was clearly a young man struggling to find his footing. Then last December, criminals broke into his shop and took half of what he sold. Today, the young man’s business has crashed. His crime was daring to work hard and earn an honest living. Those criminals have succeeded in bringing him down to their level, a level of nothingness.

Yet, among the army of these hopeless young men, are some of the most ardent supporters of a Biafran Nation. Then you are forced to ask: is this how they will operate in a Biafran Nation?

I recall their activities during the EndSARS protests in Awka. After hijacking the protests, they barricaded all the roads and burnt tyres all over. They demanded money from every motorist before allowing them to pass, and, high in whatever they had drunk or inhaled, they kept shouting, ”Biafra! Biafra!” Later on that day, one of them, a cult member, was shot and killed by a rival group and everyone scattered.

This is one of the reasons why I’m against some types of mass protests. Those who convene such protests always fail to control them and in the end, hoodlums take over and use the opportunity to loot, plunder and even rape.

I regard such human beings as animals who are not supposed to breathe the same air with decent folk. So if perchance they get mobbed for stealing, why should I care? I should worry when human life is at stake; not animal life, being that these species of human beings are nothing but animals.

Back to my topic, Awka and other major parts of the state have witnessed an appreciable degree of calmness since the citizens took their destinies in their hands, security wise. Now, these hoodlums can fear again. They now know that a shout; just a shout, from one they rob may signal their end; a horrible one at that.

A society thrives when there are laws and mechanisms for enforcing obedience to those laws, as well punishing offenders. The law we have now is the law of the jungle and breaching it means instant death to the one that does that.

Some situations require drastic solutions and I’m firm in my conviction that nothing short of what obtains now could have scared these criminals stiff. With the police not knowing whether to return to the roads or not, hoodlums have seized the initiative to unleash horror on us.

They do not understand grammar; for those who shout that it is crude to deal with them that way. That is their opinion. But to me, does it make sense to put them in police cells or prison only for the unknown gunmen to go there and free them? They have declared war on law abiding citizens and I know well enough that in war, the enemy is killed either by a bullet or bomb.

If it is a bomb, the result is always messy; as messy as burning people. Soldiers who use armoured tanks are often roasted alive inside those tanks when they receive direct hits. So what is happening now between us and them (criminals) is war. And does it matter how they get neutralized?

But the bottom line that gives me joy is that the fear factor is creeping back. In the days of the old Bakassi Boys, I remember each time I was returning home to the East from Lagos, as we reached Umunede in Delta State, one of those selling drugs in the luxury bus would jokingly ask passengers if they had any bad record and that if they did, they should peacefully climb down before they got to Onitsha because of the Bakassi Boys.

Although I never got to see anyone get down, it was nevertheless clear to all that all the bad boys who were lucky to escape from Anambra were not in any hurry to return or even near the state’s boundaries. Their fear of the Bakassi Boys was very palpable.

And now, with what I’m beginning to see in Anambra, the fear of jungle justice is palpable. After the first set of casualties, the remnants are beginning to escape to other places where they can still safely operate and isn’t that good riddance to bad rubbish? For sure, there will be some who will refuse to leave, but the fate that awaits them won’t be much different from the fate that their criminal friends got.

It is always good that bad people have something they fear; if not, they will operate with impunity and innocent people will be at their mercy.

Since the governments of the Southeast have failed to be serious with securing the lives of their people from the invading force of the killer herdsmen; just as they are unable to find solutions to the crimes within, it is left for you and me to devise our own means of staying alive.

It is bad enough to live in dread of the herdsmen; it is even worse to live in dread of your own people who know your in and out, as they say. I’m referring to the criminals in our midst. If we cannot get our house in order, I wonder how we can handle any invading force which the Fulani herdsmen represent.

This is why we first have to rid ourselves of the Judas within, so that we can comfortably unite to ward off the attack of outside forces; after all, is it not said that the heavens help those who help themselves?