The association of former student union leaders, under the umbrella of the Anambra State Comrades Association have conferred on Kehinde Aremu, Coordinator of Anambra State NYSC, the honour of Mayorship and consequently Patron of the body. 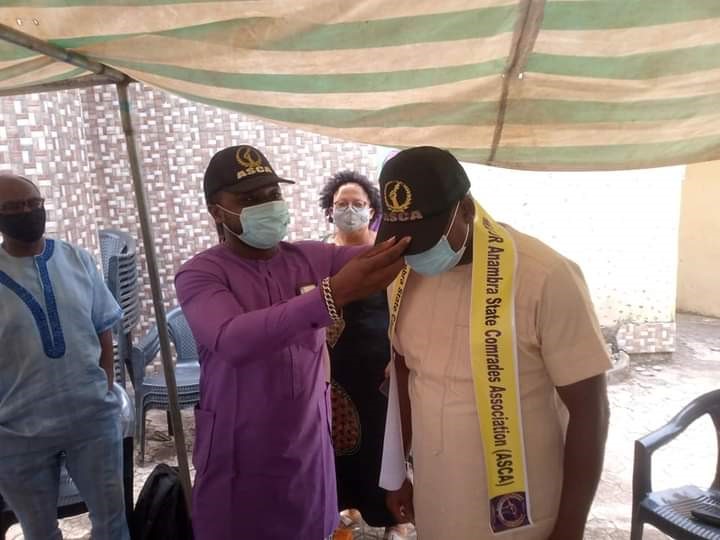 In his remarks, Comrade Collins Okelue, team leader and President of the forum, expressed his joy at being received at the NYSC Anambra Secretariat by the State Coordinator today despite the short notice.

Okelue described the association as non-political body and a pressure group with the major objective of promoting good governance and to appreciate persons who have distinguished themselves through selfless service.

Aremu, recipient of the award, expressed his gladness at receiving them at his office. He said that youths represent a very unique demography that needs to be understood in terms of their peculiarities and how to motivate them to take up leadership roles.

Aremu further described their mission as a noble one and pledged support for the body. He also promised to leverage on their knowledge to the mutual benefit of both organizations and for the general good of the Nation.

In attendance were Heads of Branches of the Scheme in the State.