Dr Amaechi had upon the commencement of Sunday service in the church reminded members that he had the previous Sunday asked them to come to church with their permanent voter cards as proof of being eligible voters.

He asked all members who came with their PVCs to raise them up, but later refrained from sending those who had none away.

He told them: ‘I will not send you away because you do not have your PVCs, because I cannot stop you from benefiting from the blessings of God. But I want to let you know how important it is for you to have it, and PVC is compulsory in this church. You cannot be complaining about bad government, yet not do anything to ensure a change. 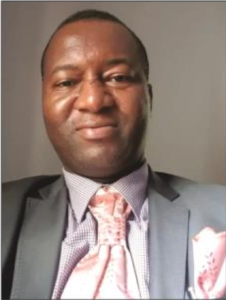 ‘For all of you who do not have it, the registration for voter cards has been extended and that should afford you the opportunity to go and get it.’

Amaechi who told his congregation that he had decided to join active politics as a House of Representatives candidate of Zenith Labour Party (ZLP), warned against collecting money to vote, saying that it was part of corruption and that doing so would amount to selling one’s future, and the future of one’s children.

‘You won’t get it (PVC) for the purpose of collecting bribe to vote. The N5, 000 you collect on election day, you don’t know how much it amounts to when you check the number of people that politicians give the money just to win election.

‘That is why when a politician becomes governor, after buying your votes with several billions, he ignores you. Do you expect him to remember you after paying you to vote?

‘He will not remember you because he believes that he has paid for the votes, and the next is to get the position and start making money for himself.

‘We have decided to go for election for House of Representatives. We believe it is time to join the fray and also ensure that things change.

‘I’m not campaigning to you because most of you are not from my constituency, Oyi Federal Constituency, but we feel that no matter where you have your voting point, you should be able to get your PVC and also vote,’ the clergy man-turned politicians admonished his members.