Anambra NULGE Leadership Tussle: Will Justice be Served at Last?

The three year leadership imbroglio involving two factions of the Nigeria Union of Local Government Employees, NULGE, Anambra State Chapter, appears to have finally come to an end. This follows the judgement of the National Industrial Court of Nigeria, Awka Division, September 19, which recognized the faction led by Comrade Chuddy Orakwue as the authentic executive of Anambra State NULGE.

In an interview with Fides in Awka, Orakwue urged the Anambra State Government to do the needful by obeying the court judgement and dealing with the recognized leadership.

Orakwue’s may have been worried by past experience when the Anambra State Government under the leadership of Chief Willie Obiano seemed reluctant to deal with his executive after it had emerged from an election organized by their national body.

And it seems that situation may not change any time soon, given the latest indications. When Fides sought the reaction of the Anambra State Government through the office of the Commissioner for Chieftaincy and Local Government Affairs, on the latest court judgement, the commissioner, Mr Tony Collins Nwabunwanne, while acknowledging receipt of a copy of the judgement, however said he had forwarded same to the office of the Attorney General of the State to peruse and give advice.

He said this became necessary following the decision of the other faction to appeal the judgement by applying for a stay of execution. 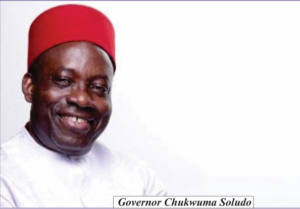 But reacting to this, Orakwue, while maintaining that the latest judgement was very clear, said there was nothing like a stay of execution order as the only court judgement at the moment remained the one that recognized his leadership.

‘We were only served a notice of appeal and as it stands now, that judgement is subsisting,’ Orakwue insisted, and called on the Attorney General of the State, to whom Orakwue said the copy of the judgement had been forwarded, to guide the state government accordingly and ensure it did the needful by recognizing the judgement that sanctioned his leadership.

The tussle for the leadership of Anambra Chapter of NULGE has been a long drawn out one dating back to 2017 when some state chapters opposed the elongation, by a further two years, of the tenure of the immediate past chairman of the Anambra NULGE, Comrade Jerry Nnubia, along with those of other state chapters, in Akure, Ondo State, when constitutionally their tenure should have ended in 2017.

The Owerri Chapter of NULGE, particularly, went to court to challenge the elongation and in 2019, in a landmark judgement, the National Industrial Court in Owerri nullified the elongation of tenure of the state chapters, including that of Anambra.

This nullification created a leadership vacuum which necessitated the setting up of caretaker committees across the states, Anambra inclusive. The committees, which were to operate for three months, were mandated to organize elections within that time.

However, after the election of Orakwue, the Anambra State Government at the time, called both factions to a meeting at the office of the Secretary to the State Government, SSG, in Awka , with the then Head of Service, Harry Uduh, in attendance. At the meeting, the SSG, Prof Solo Chukwulobelu, after acknowledging that there was a problem in the union, asked if there was an injunction from a court barring the former chairman of the state NULGE, Mr Nnubia, from conducting an election and the answer was negative although they said there was a matter at the National Industrial Court in Awka, even though the Owerri judgement had nullified the elongation.

The SSG then advised both factions that since there was no injunction, both factions could hold their separate elections pending the final determination of the matter by the National Industrial Court in Awka.

But the Orakwue faction expressed surprise that after this the government started dealing with the other faction officially by giving them check off dues of the union.

This situation, Fides gathered, continued, until the Orakwue faction got an injunction from the National Industrial Court in Awka barring the Chikwelu Adigwe faction from parading itself as the executive of the union in Anambra. This was communicated to the state government but it did not stop it from still dealing with the Chikwelu faction till today despite several protestations from the other faction.

But the latest court judgement of September 19 last month, granted all the seven reliefs sought by the Orakwue faction and proclaimed it as the bona fide NULGE executive in Anambra State.

Now the Orakwue faction is asking the state government to cease dealing with the Chikwelu faction following the latest court judgement, as, according to it, anything done after 2017 by the other faction had been declared null and illegal by the court.

Will the present Anambra State Government of Prof Chukwuma Soludo obey the court judgement or will it toe the path of the Obiano government? Events in the days ahead are expected to provide an answer.