In the petition signed by the 11 member committee and sent to Governor Charles Chukwuma Soludo, and made available to newsmen in Onitsha Sunday, they stated that the chairmanship vacuum has been filled by Ezekwere, pending the outcome of the investigation instituted against the embattled chairman on his alleged misdeeds.

The motion for the nomination of Hon. Ezekwere as the acting Chairman was said to have been moved by Comrade Peter Okala, Public Relations Officer, PRO, and supported by Hon. Bonaventure Ucheagwu and overwhelmingly affirmed by all the members at the market hall. 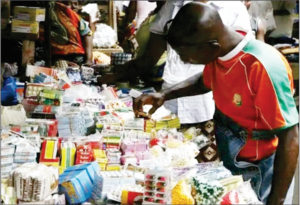 In the petition, they stated that, “The suspension of Ezekweike became inevitable following strong allegations of financial misconduct, extortion, disobedience to constituted authorities, incitement and misappropriation of funds which led to Mr. Governor to personally call him for him to reluctantly do the right thing.

“Consequently, Hon. Pascal Chinedu Ezekwere will from henceforth lead the committee activities in acting capacity , chair all our meetings, carry out all activities and functions in replacement of former Chairman, Akweke.

“This is necessary for the former Chairman to step aside while investigation of the weighty allegations against him are being investigated with dispatch,” they affirmed.

In a swift reaction when contacted, the embattled Chairman, while admitting being aware of the petition to the governor, said that he was being attacked for refusing to share the revenue generated in the market.

”I told them that the revenue being generated in the market is for the infrastructural (project) development of the market, and not for sharing amongst the caretaker committee members,” he stated.

The petition was copied the State Commissioner of Police, CP, Mr. Echeng E. Echeng and the Director of State Security Services, DSS.