The Anambra State Governor, Chief Willie Obiano, has inaugurated the state’s Disability Rights Commission to cater for people living with various forms of disability in the state.

Obiano who inaugurated members of the board at the Executive Chambers of the Government House, Awka, said the effort was to ensure promotion of the welfare of people living with disabilities in the state.

Obiano, while inaugurating the members, directed them to see that policies and programmes that would ensure the protection of the rights of persons living with disabilities in Anambra State were guaranteed. 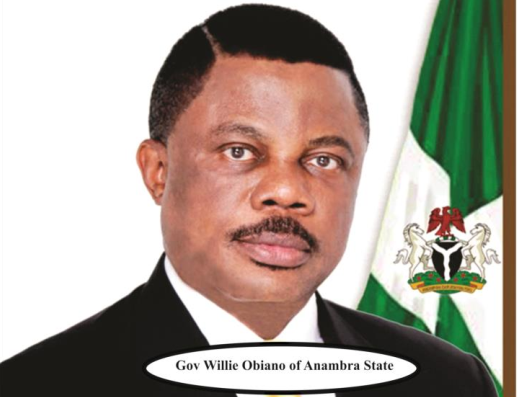 The Secretary to the State Government (SSG), Prof. Solo Chukwulobelu, who was also at the inauguration, recalled that the Law for the establishment of the Commission was passed in 2018, adding that Obiano’s partnership with people with disability started in 2014 at the commencement of his tenure.

He said, ‘Remember that Obiano established the Nteje Mental Health Institutions; he renovated Isulo mental home and directed that the State Civil Service employ people with disability in the service, and we have no fewer than 400 of them working now.

‘We have three Permanent Secretaries that have served this administration; Gov. Obiano wants the welfare of disability community, and he has ensured their protection, their proper inclusion in the state’s activities, as well empowered their various projects.’

The Board has Mr Chukwuka Ezewuzie, a lawyer, as its Chairman; Mr Chinenye Okeke, also a lawyer, as Secretary (Deputy Director representing Ministry of Justice).