As part of measures to reduce insecurity and road crashes to the barest minimum in the State, the Anambra State Government has banned commercial motorcycles, otherwise known as Okada, from operating in Nnewi and Ekwulobia.

Addressing newsmen shortly after the last executive council meeting, the Commissioner for Information, Sir Paul Nwosu, said it had come to the notice of government that commercial motorcycle riders had gradually found their ways back on our roads in Awka, Onitsha, Nnewi and Ekwulobia.

According to the commissioner, ‘Their recklessness, owing to lack of driving training and ignorance of traffic signs, are beginning to produce high rate of avoidable accidents on our roads. 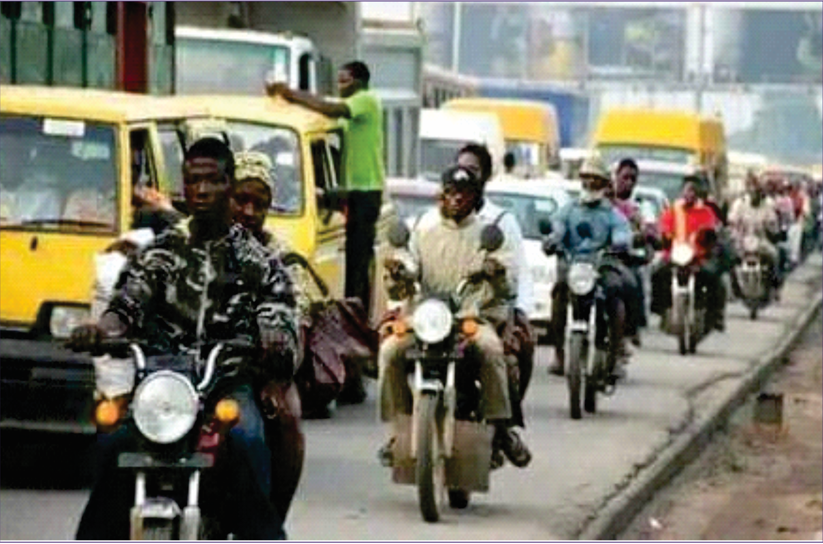 ‘Added to this is the fact that Okada has been fingered severally by law enforcement agents as being the major conveyor belt through which criminals ply their nefarious businesses.

‘In the light of these ugly trends, government hereby restates and reiterates that the ban on commercial motorcycles in our major cities such as Awka, Onitsha, Nnewi and Ekwulobia, is still in force. Anyone caught violating them will be made to face the full wrath of the law.

‘For a place like Nnewi where private motorcycles are means of commuting to places of work and business, the riders must wear crash helmets to protect their heads in case of accidents.

‘Companies involved in courier services, dispatch services and home deliveries must register with the Ministry of Transport and have their riders properly kitted up.

‘Okada may ply the sub urban and rural areas where motor transport is scarce, but a plan is underway to have them enumerated and branded in order to determine the genuine commercial motorcyclists and be able to track any operator who is involved in breaching the law.

‘Domestic brutality or savagery in whatever form will no longer be tolerated in Anambra State.

‘Anybody that is implicated in a case of domestic violence henceforth will be arrested and tried before a court of competent jurisdiction and punished accordingly.

‘Spouses should learn to live in peace and harmony so that their lives would be worthy of emulation by their children and neighbours,’ he advised.