The Anambra State Sector Command of the Federal Road Safety Corps, FRSC, last Monday began Operation Show your Driver’s Licence. This was made known by the Sector Commander, Corps Commander Adeoye Irelewuyi, on a radio programme monitored by Fides. 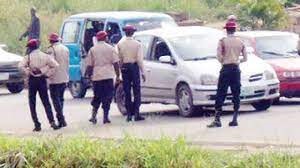 The Sector Commander said the Special Operation was aimed at addressing the high incidence of driving without valid driver’s license in Anambra State.

Consequente upon this, he said, the Command had been left with about 2, 998 uncollected permanent driver’s licences across motor licensing offices in the state.

He advised drivers who possessed temporary driver’s licence to go to the motor licensing office where they did their biometric capture and collect their permanent driver’s licence.

Irelewuyi warned that the Command would not tolerate unlicensed drivers because of the danger it portended. According to him, defaulters ran the risk of being fined N10, 000 or six months imprisonment or both.