The Anambra State Ministry of Environment in promotion of  Operation “Dobe Anambra Ocha” has flagged off the 2021 Sensitization campaign to ensure regular cleaning of surroundings.

Our correspondent reports that the campaign kicked off in Onitsha Metropolis with a road show.

The campaign is an initiative of the State Commissioner for Environment, Mr. Obi Nkwankwo with support from Governor Willie Obiano to ensure healthier surroundings at markets, residential areas, industrial clusters and schools.

Officials of the Ministry of Environment, Operation Clean and Healthy Anambra, OCHA Brigade, Anambra State Waste Management Authority and Anambra Traffic Management Agency were in various parts of Onitsha for the campaign. 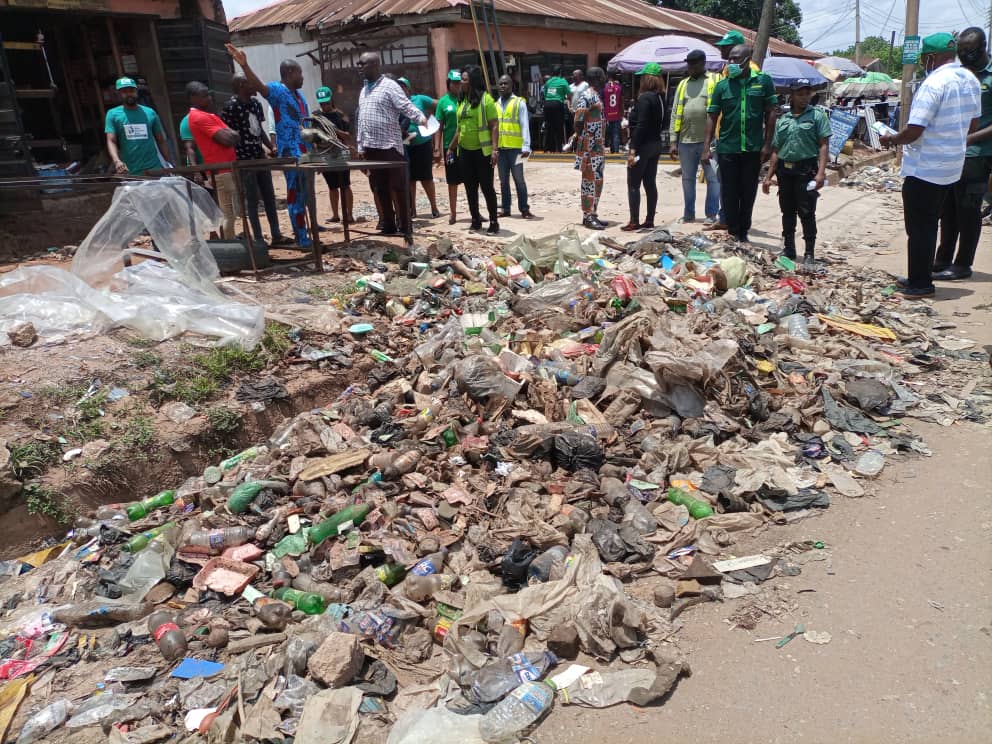 Speaking Later, the Senior Special Assistant to Governor Willie Obiano on Environment, Mrs. Florence Oraedum and Mr. Ben Nwankwo frowned at the act of displaying wares on water channels and Roads which they noted  often result to blockage of  the drainage systems.

They assured that Mobile Courts will be introduced at the various flash points for strict enforcement of sanitation laws  and to reduce indiscriminate dumping of refuse in waterways.

Also speaking, the Director Environmental Health Pollution Control Department of the State Ministry of Environment, Mrs. Edith Ike, noted that the Road Show sensitization campaign  will go round the three Senatorial Districts of the State to answer questions from the public and perform on the spot assessment of flashpoint areas towards preparing for the rainy season.

She added that they will synergise with market unions through the Ministry of Trade and Commerce and equally engage Local Government Councils to monitor the activities of street traders, food sellers and firewood sellers to achieve long lasting solution in the markets.

At Ochanja Frontline Market, a Manager of a filling station, Mrs. Anaka Ede and a meat seller, Mr. Adebayo Saheed narrated how tomatoe dealers and bird sellers use the drainage systems as dust bin, lamenting that when it rains, it becomes unhealthy place for all, calling for urgent sanctions to put an end to such ugly trend.

Similarly at Oguta Road Onitsha, the Vice Chairman of a cooperative union, Mr. Uchenna Udo and Mr. Angus Odenigbo said that the contractors handling the evacuation of waste around the area is not inconsistent in their duty which often force the wastes back into the water channel and requested for more receptacles and change of contractors for a better environment.