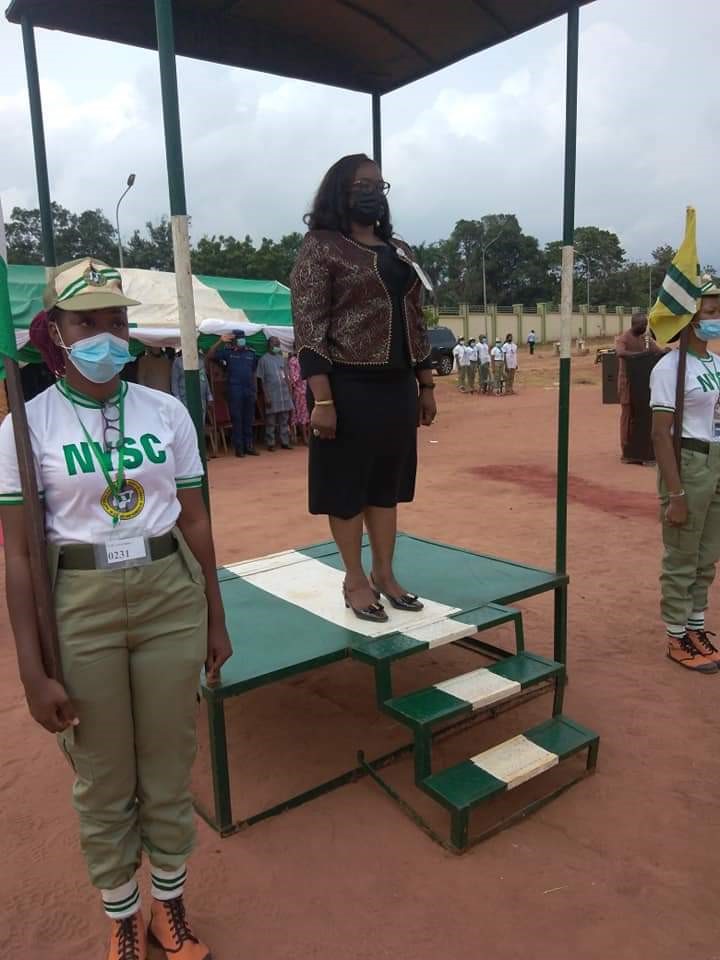 Speaking during the swearing in ceremony , the Executive Governor of Anambra State, His Excellency Chief Dr. Willie Obiano used the occasion to welcome Mrs Yetunde Baderinwa, Anambra NYSC Coordinator, and also charged  the Corps Members to exhibit a high degree of loyalty, discipline also to explore and  embrace the NYSC skill acquisition programme, which he described as panacea to the problem of unemployment in the country.

Chief Obiano, whose speech was read by the coordinator, also commended Corps members for their contributions in the fight against the Covid 19 pandemic.

Earlier in a welcome address, Mrs Baderinwa congratulated the Corps Members for the occasion and called for a minute silence in honour of the five Prospective Corps Members who passed on their way to Katsina NYSC camp recently. The coordinator whose speech was presented by the Camp Director, Mr Ayorinde Ayanda, also expressed appreciation for the Governor’s support to the scheme and appealed for speedy landscaping of the camp to prevent total environmental degradation as a result of erosion menace.

Among the sworn in Corps members are 1046 males and 1151 females. The audience was entertained during the event with a Thug-of-war presentation by Corps members.